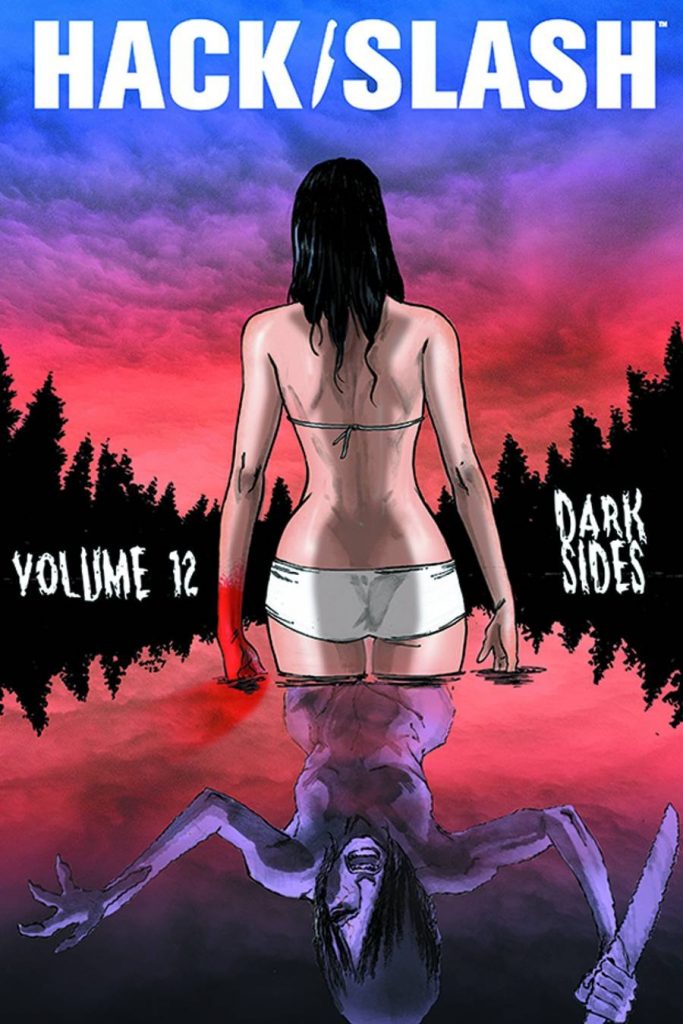 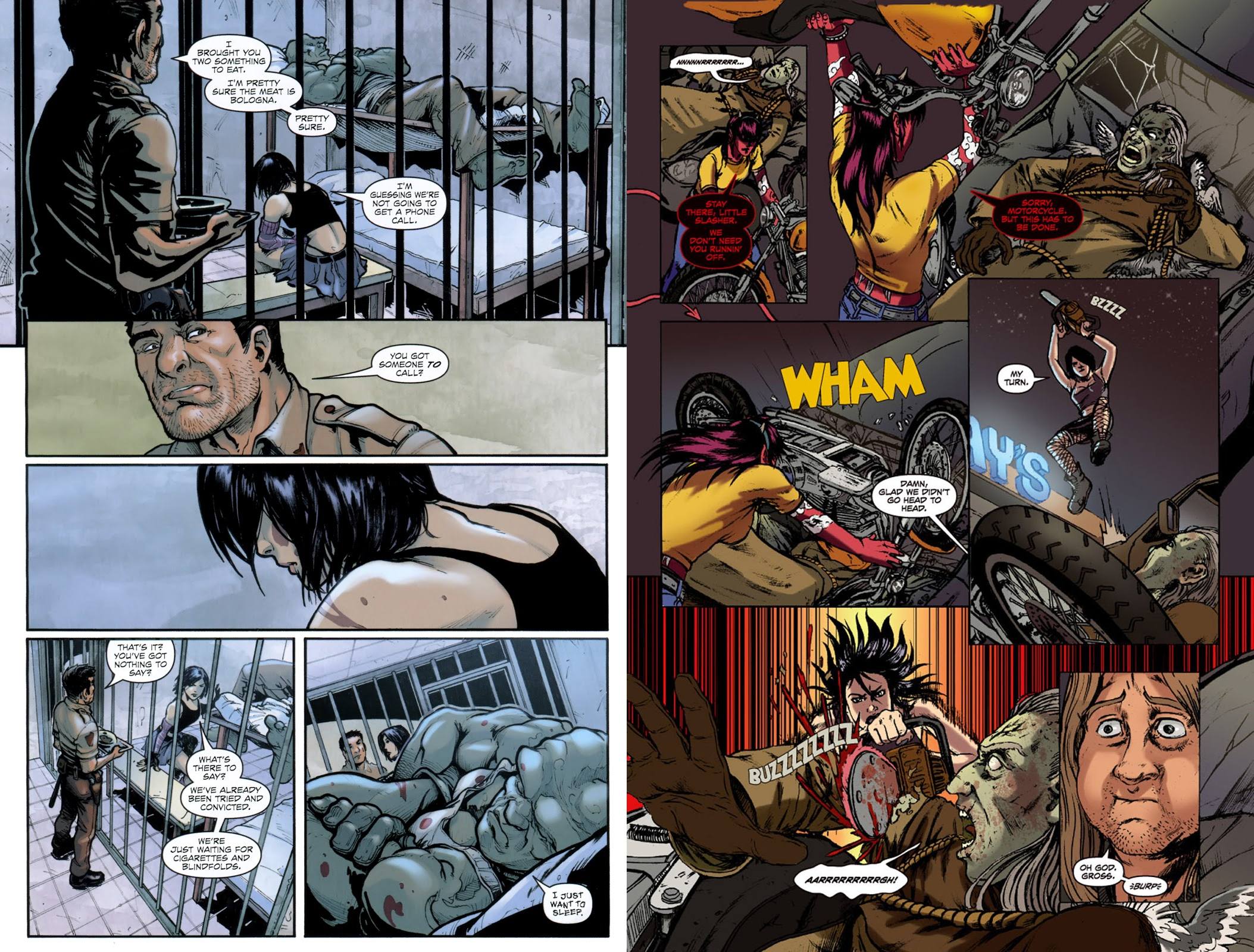 There’s a shock to Dark Sides. While Tim Seeley has been generous in lending out Cassie and Vlad to other creators for their series or specials, he’s always written the core Hack/Slash series himself. He doesn’t write any of Dark Sides, so for starters anyone expecting an immediate follow-up to the end of Marry F*ck Kill isn’t going to find it here.

Over two parts Justin Jordan and Daniel Leister tie Vlad into the notorious 16th century cannibal clan run by Sawney Beane, offering a potential reason for his recent ailments. It’s gruesome, and stretches the boundaries of what’s credible, even in Cassie’s unpleasant world.

James Lowder and Matt Meehof do pick up on earlier events, confirming that Samhain survived his supposed fate last time round, as if there was ever any doubt. That’s only a passing notion in a story concerning the boss of the mail order company from which Cat Curio picks up a hell of a lot of merchandise.

The best of the content is Steve Seeley and Michael Moreci writing about a small rural town run by a powerful family, and a sheriff content to jail anyone to solve a problem rather than considering who’s actually responsible. It’s very much to slasher film plot template, but with a couple of interesting twists and a neat finish. Emilio Laiso’s art (sample art left) is welcome for being both good and exploitation free.

All remaining story pages are occupied by the two chapter teaming of Cassie with Mercy Sparxx, a demon girl used by heaven to take out rogue angels. Her targets may differ from Cassie’s, but the same hunt and destroy principles apply. Joe Song (sample art right) lays out a dynamic page where it counts, but isn’t very interested in illustrating the basic scenes, and Josh Blaylock’s story concerns a sword with a purpose. It’s functional, but unmemorable.

He may blow hot and cold, but all things considered, it’s preferable that Seeley’s back for Final. Everything here is also available in the fifth Hack/Slash Omnibus, along with the longer story from Marry F*ck Kill. 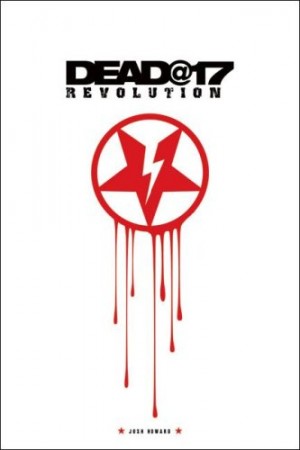 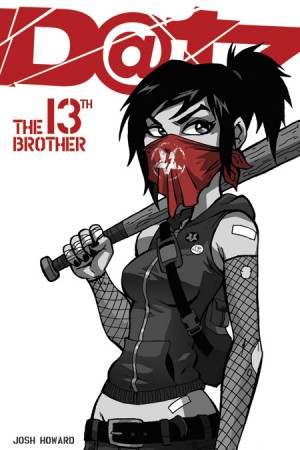