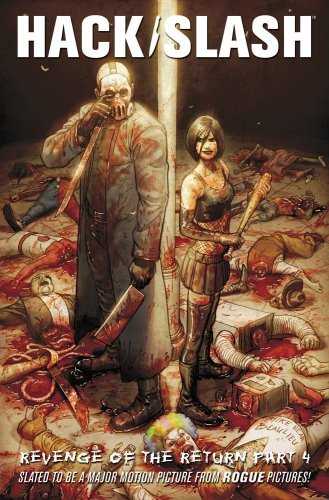 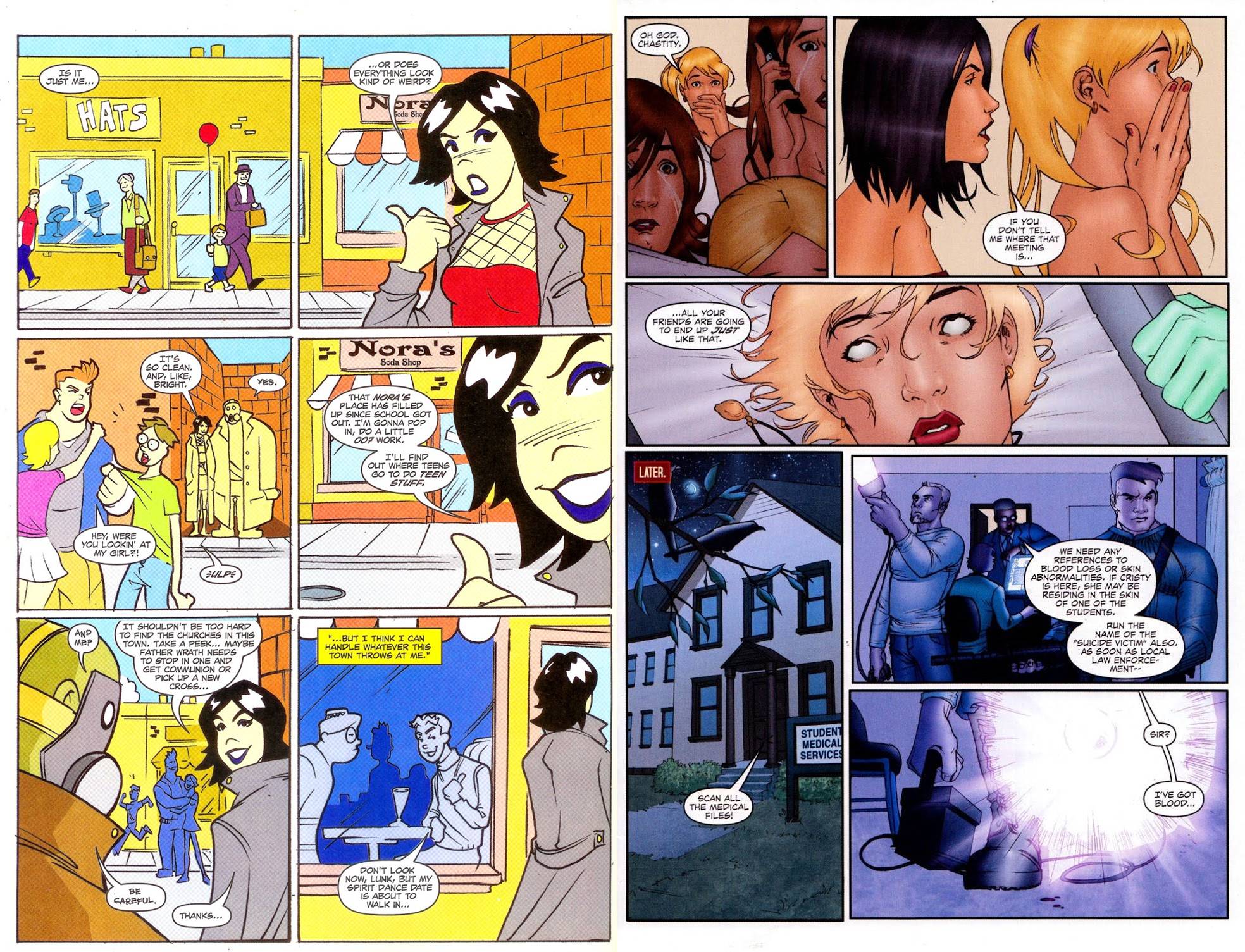 With Revenge of the Return, Tim Seeley broadens the focus of Hack/Slash, increasingly looking beyond Cassie and Vlad to set up plots to come and sifting the lead characters in between. It’s not quite an ensemble cast as not everyone survives slasher encounters, but heading in that direction. We drop in on Chris and Lisa, slasher attack survivors who began a relationship in Friday the 31st and there’s the matter of the laboratory investigating how slashers return from the dead. One worker’s youthful obsession with a former Miss America also has a part to play as Seeley returns a couple of foes seen in First Cut and Death by Sequel.

Emily Stone artistic versatlity was shown via the switches to Cassie’s past in Friday the 31st, and it’s on display again with an entire pastiche chapter set in Riverdale, a long time before Archie Comics broadened their editorial outlook. For all the cuteness of that, she also tips the other end of the scale with gruesome eviscerations, and a torture scene in the opening chapter is very uncomfortable. Rebekah Isaacs takes over the art for three chapters, and her more traditional black and white linework is given flat colours by Andrew Dalhouse, providing a different look, but equally effective and appealing.

With Hack/Slash moving into longer stories there’s been a shift of emphasis. The material collected in earlier books was largely pastiches of slasher movies, but that can’t be sustained, at least not while maintaining the quality, over a regular series, which requires greater depth. Part of that is establishing a supporting cast, and Seeley consistently provides depth to Cassie, ensuring she’s more than just a standard fantasy figure. However, that moves the series from satirising the slasher fiction to becoming another entry on that list, so bringing the exploitation aspects into greater focus, making them difficult to write off any longer. Lesbian objectification has long been a standard cheap horror movie inclusion, and three chapters set in an exclusive Massachusetts girls boarding school play up every slobbering cliché.

Seeley having settled into the new direction, the book’s closer, is an excellent piece of horror. It features well devised ethical conflicts and some brutal decisions to be made as Cassie follows a clue about her long missing father. It feeds into a bigger picture investigated further in Reanimation Games, but also stand in isolation as the best Hash/Slash story to date.

Eventually there’ll presumably be an Image Comics reprint of Revenge of the Return, but for the time being the 2008 Devil’s Due edition cover tags a forthcoming film. Unfortunately for Seeley and Hack/Slash fans it’s still forthcoming. These stories are also found in the second Hack/Slash Omnibus.