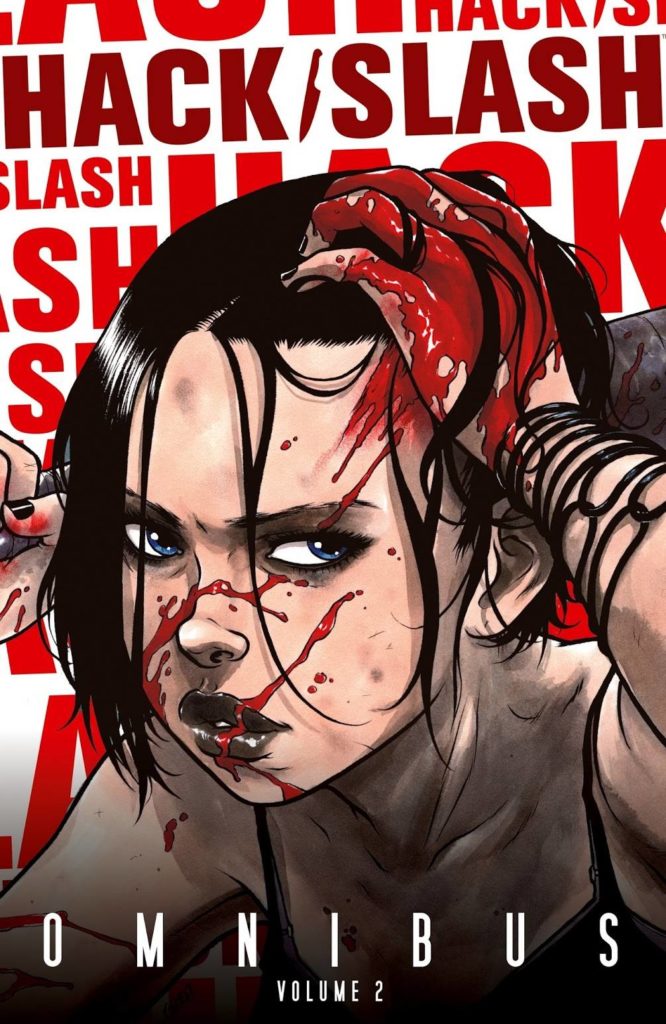 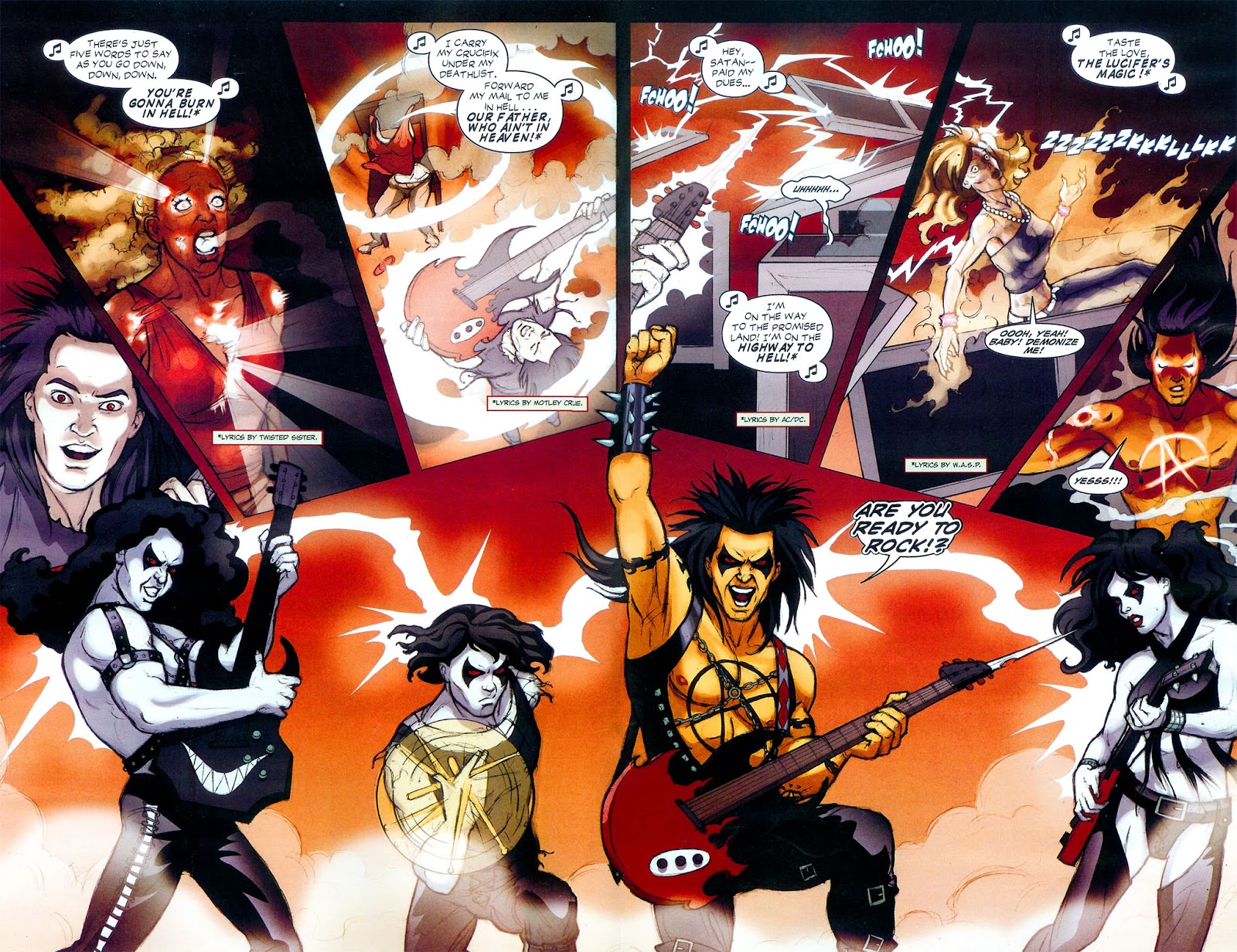 There’s a different tone to this Omnibus content when compared to the first, and that’s down to Hack/Slash progressing from the one-shots and miniseries collected in Volume 1 to a regular series, over half of which is reprinted here. Ongoing publication needed Tim Seeley to rethink what the series could do, and he transforms it intelligently from pastiche to horror drama. Seeley had already established Cassie Hack and Vlad as sympathetic characters with enough backstory to sustain a regular series, and their purpose of wiping out slashers, serial killers who return to life, serves just as well dramatically as it did for jokes.

Also a great help in terms of consistency is having a regular artist, and even better is that Emily Stone, who draws roughly two-thirds of what’s here, is extremely versatile. Her opening story switches between some stomach-turning torture scenes and a look back at Cassie’s youth, and the contrast between the two approaches is remarkable, greatly helped by Courtney Via’s astutely applied watercolour shades. The fine line and expressiveness reveals the different scenes as the work of the same artist, but after some artistic decline over the first volume, she’s a real cut above. Rebekah Isaacs and Fernando Pinto are also fine, but while cutting Tim Seeley some slack as the series creator, his art is nowhere near the same quality, and in places it’s only just about functional. Of all the artists, he’s also the most prone to head into exploitation territory, most obviously on an unsatisfying story featuring the Suicide Girls, although given the nature of what they do, it was never going to be anything other than objectification.

Concentrating instead on what Seeley does well, he rapidly shifts Hack/Slash into foreshadowing, subplots and time spent away from Cassie and Vlad. Chris and Lisa, slasher survivors, are frequently seen, although generic rather than well developed, and the range of killers used, some returned, are varied and interesting. What raises this above much of its inspiration is that Cassie is such a well defined character, tough and aggressive when needed, but with understandable vulnerabilities in private moments. A search for her father culminates in the fine three chapter closer, also featuring Dr Herbert West of Re-Animator fame, but here restored to something closer to his source in an H.P. Lovercraft story. The comedy is stripped out to present a man honestly believing that his appalling methods are justified by his aim of conquering death.

All the above would count for nothing if Seeley wasn’t also delivering on the horror, and while not everything runs smoothly, there’s considerable variety, some great funny moments and some amazing surprises. Around halfway through there’s one stunner of a moral decision that’ll take readers by surprise, although that leads into the weakest two chapters. All other writers credited have backgrounds in horror films or graphic novels. Kidwell’s involvement is on those weaker stories, although that’s partially down to Seeley’s ordinary art, while Barry Keating and Brian Yuzna have worked on Re-Animator films.

The caveats apart, this is an improvement on Volume 1, and the highspots are good horror stories. If you’d prefer the stories in slimmer paperbacks, they’re found as Revenge of the Return and Reanimation Games.