Hack/Slash Volume 6: In Revenge and In Love 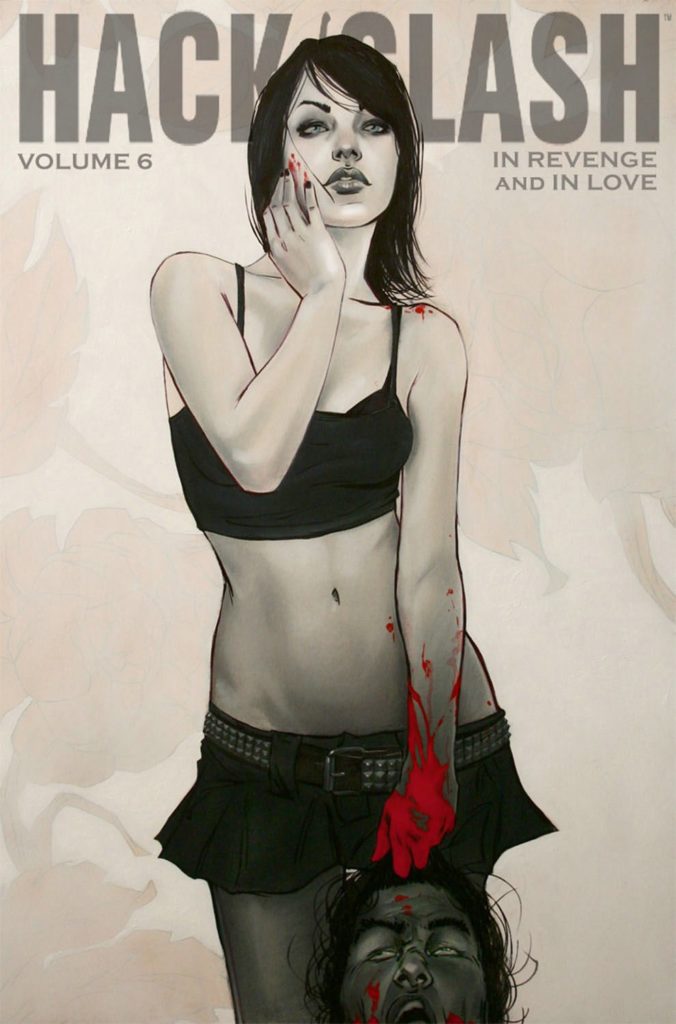 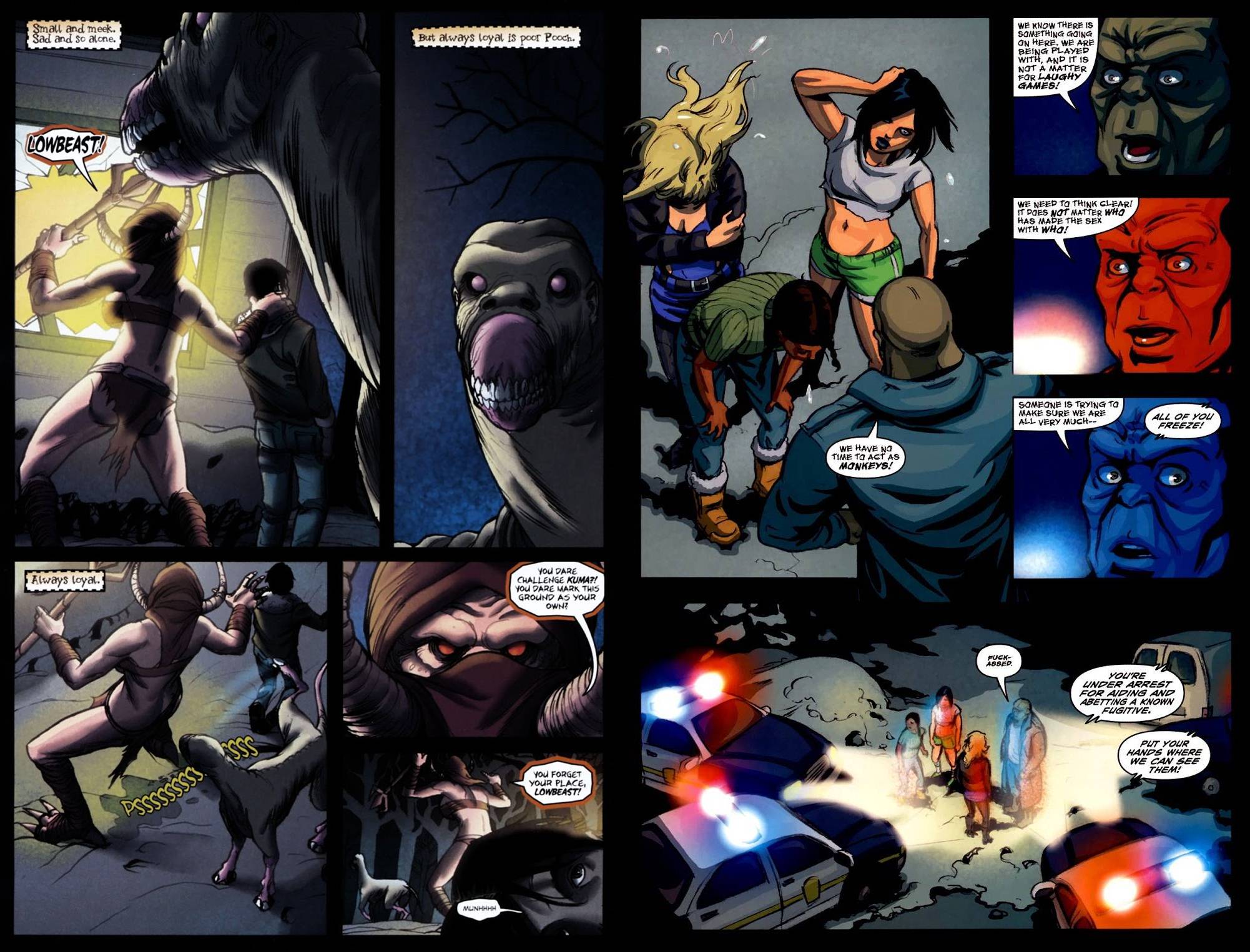 As In Revenge and In Love opens Cassie Hack is experiencing an existential crisis. To see your mother die once is bad enough, but to have it occur again as it did in Reanimation Games would screw anyone up. It’s left her questioning whether hunting down slashers should be her purpose in life, but what would she do if she stopped?

A selection of artists leads to distinctly variable art. Even the usually reliable Emily Stone is slightly off her game for the opening chapter of ‘Closer’, but still better than the very ordinary Kevin Mellon, who follows (sample art left). He’ll occasionally surprise, such as with the page of people who abduct Cassie, but his art is often featureless and doesn’t make the best of the visual possibilities. When Stone’s back for two chapters it’s with a changed style (sample art right). She’s always been able to slip into other styles while keeping the main narrative art consistent, but has now modified that slightly more toward cartooning. The less subtle colouring of Mark Englert cements the different look, but it’s sadly her final series art. Ross Campbell and Mike DiMayuga each illustrate a short piece, and both are very promising, Campbell the better of the two and almost the finished article with a good sense of storytelling, depth and detail. Once again, writer Tim Seeley also draws, improving on his previous art.

Cassie’s personality crisis over three chapters is the weakest story here, not just down to the art. While Seeley compensates with demonic action elsewhere, the melodrama of soul searching, sulking and step into happiness are too many pages of Cassie and Vlad not hacking or slashing, although the conclusion introduces Samhain, who’ll figure largely in Cassie’s future. So will Cat Curio, intrepid detective, intriguingly introduced as a curious, but capable child following the clues to discover why her local postman went postal. It’s the best of three shorter pieces, the other two being a routine outing for Cassie and Vlad, and an awkward Christmas with Chris and Lisa. It leaves the two part story the best here, clarifying Cassie’s wanted status and mixing assorted threats from Cassie’s past in restoring the status quo. It also starts the process of ending a relationship that never really convinced as anything other than pandering.

While In Revenge and In Love has its moments, they’re inconsistent, making it the weakest Hack/Slash graphic novel for some while. It’s combined with most of New Blood, Old Wounds as the third Hack/Slash Omnibus.