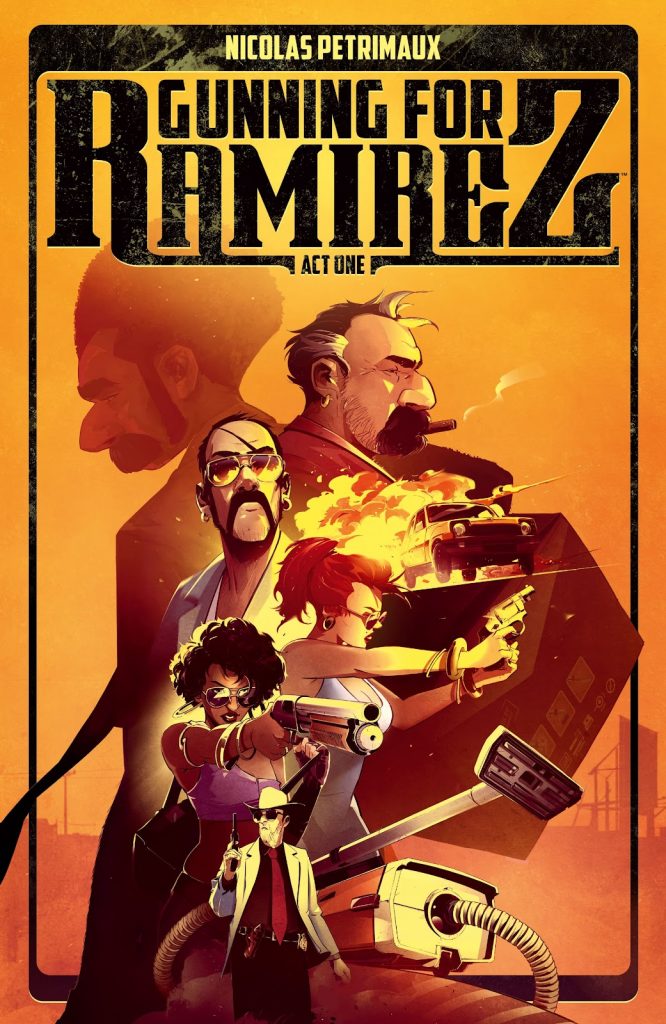 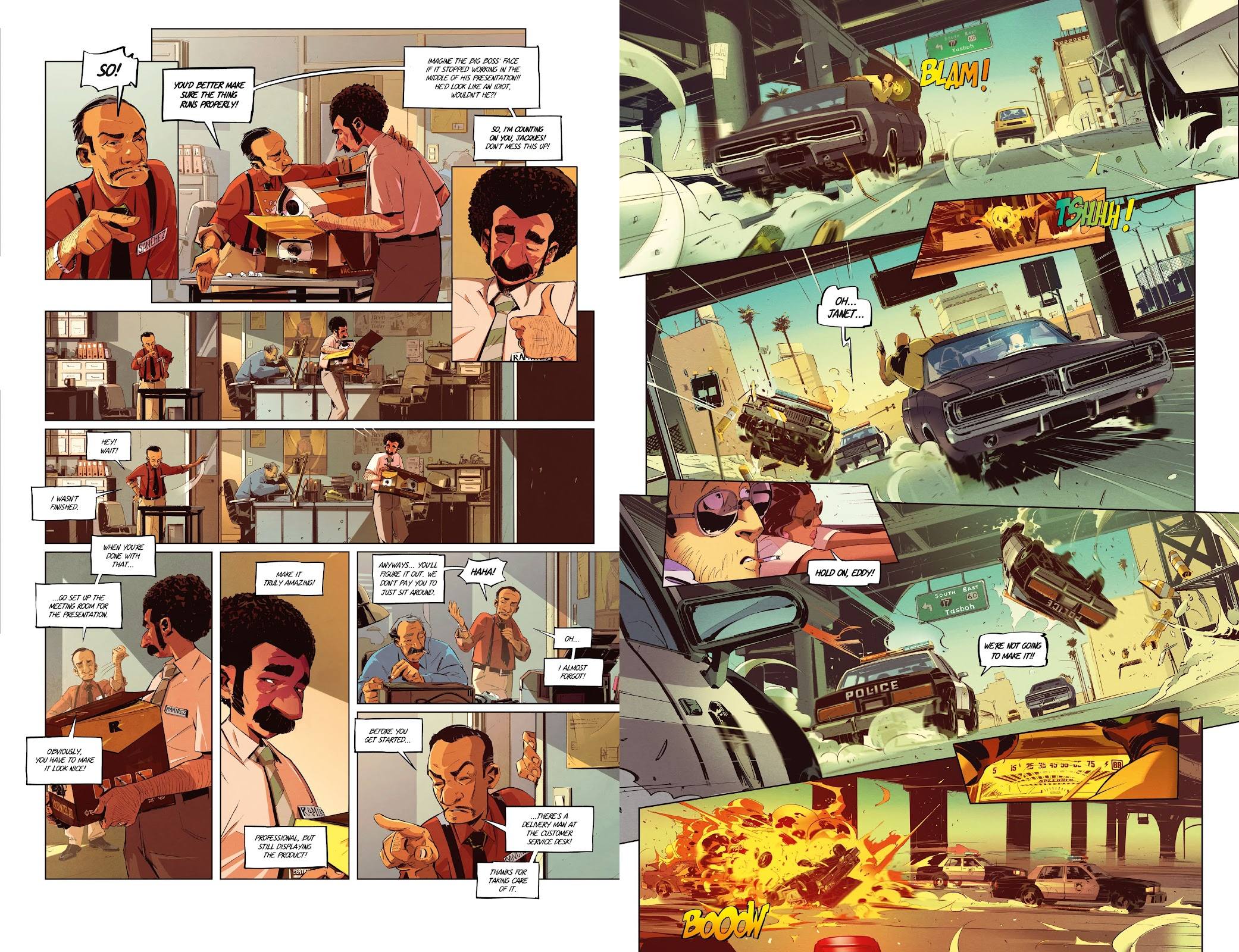 Gunning for Ramirez has a killer premise: what if Mexico’s most feared assassin was laying low in Arizona working as the repairman for a vacuum cleaner company? Jacques Ramirez is mute, or so he claims, but he’s a whiz at fixing faulty machines.

Any fan of crime thrillers is going to be hooked by the idea, and Nicolas Petrimaux will just reel you in with his homage to early 1990s action cinema set in that era. There’s a little Thelma and Louise, some Pulp Fiction, a bit of El Mariachi, and you might recognise a further homage to Saul Goodman’s car, but while he might have stuffed the films in a blender, Petrimaux brings plenty of his own ideas to the party. We’re also introduced to Dakota Smith and Chelsea Tyler on a robbery spree, the latter an actual film star, and to the Mexican gangster boss Hector Rodriguez, who lays out how Ramirez can sometimes seem invisible despite a distinctive facial birthmark.

The vacuum cleaner material is no cheap hook either, given a satirical prominence building up Ramirez’s repair talents as mythical, while the company boss is almost messianic about their new Robotop model. To him there is nothing more important. Petrimaux includes pages of advertising for it, along with several other flyers, posters and newspaper front pages. Make sure to read them, as Petrimaux presumes most people won’t.

An escalating plot is a perfectly pitched mixture of action and comedy, with the rule seemingly being that anyone who takes themselves too seriously isn’t long for the world. Petrimaux’s characterisation isn’t just written. His poses and expressions tell half the story, and these occur amid fully detailed locations in every respect. How many artists would make the effort to include the level of background detail seen on the sample pages?

It seems inevitable that Ramirez is going to cross paths with the bank robbers, yet Petrimaux keeps him occupied with other matters for so long you’ll wonder if it’s actually going to happen. By the action-packed, car chase finale everyone has been brought together, and even once the chase is over surprises remain on the agenda. Better still, the ending is only the halfway point. We’ve not learned everything there is to know about Ramirez or his new allies, and if the conclusion is as good as this it’ll be a story ripe for filming. 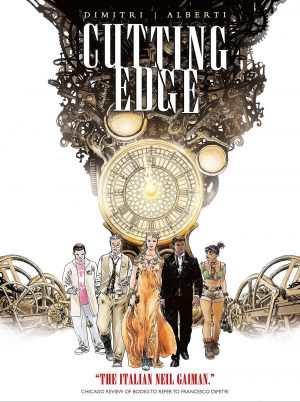