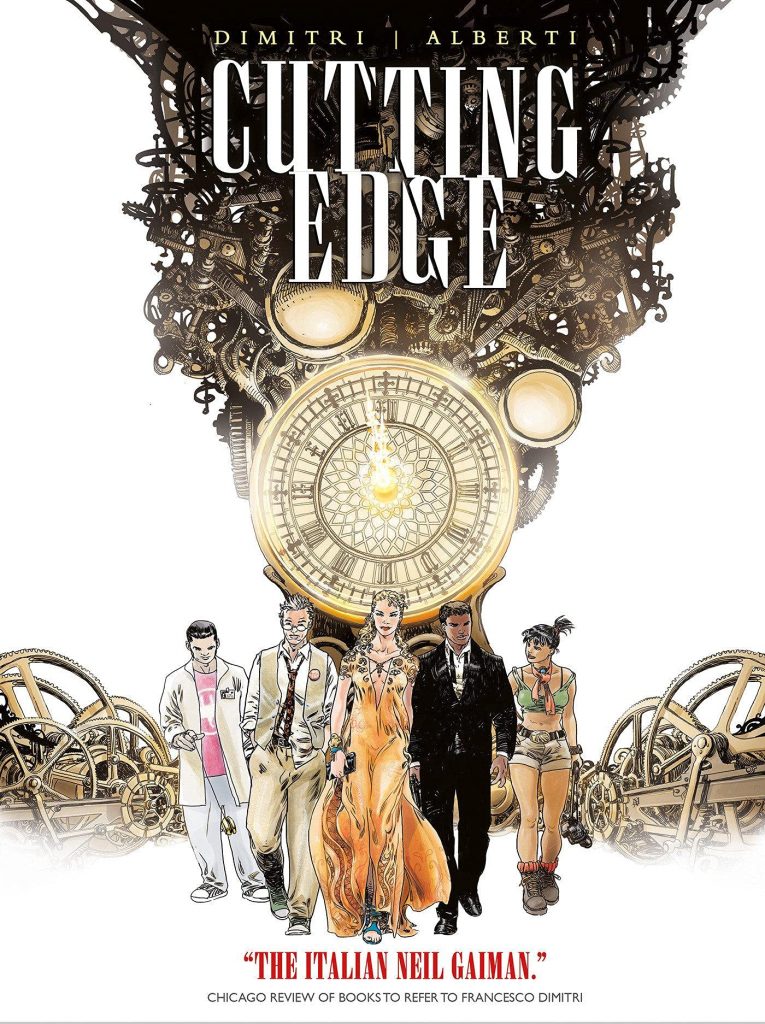 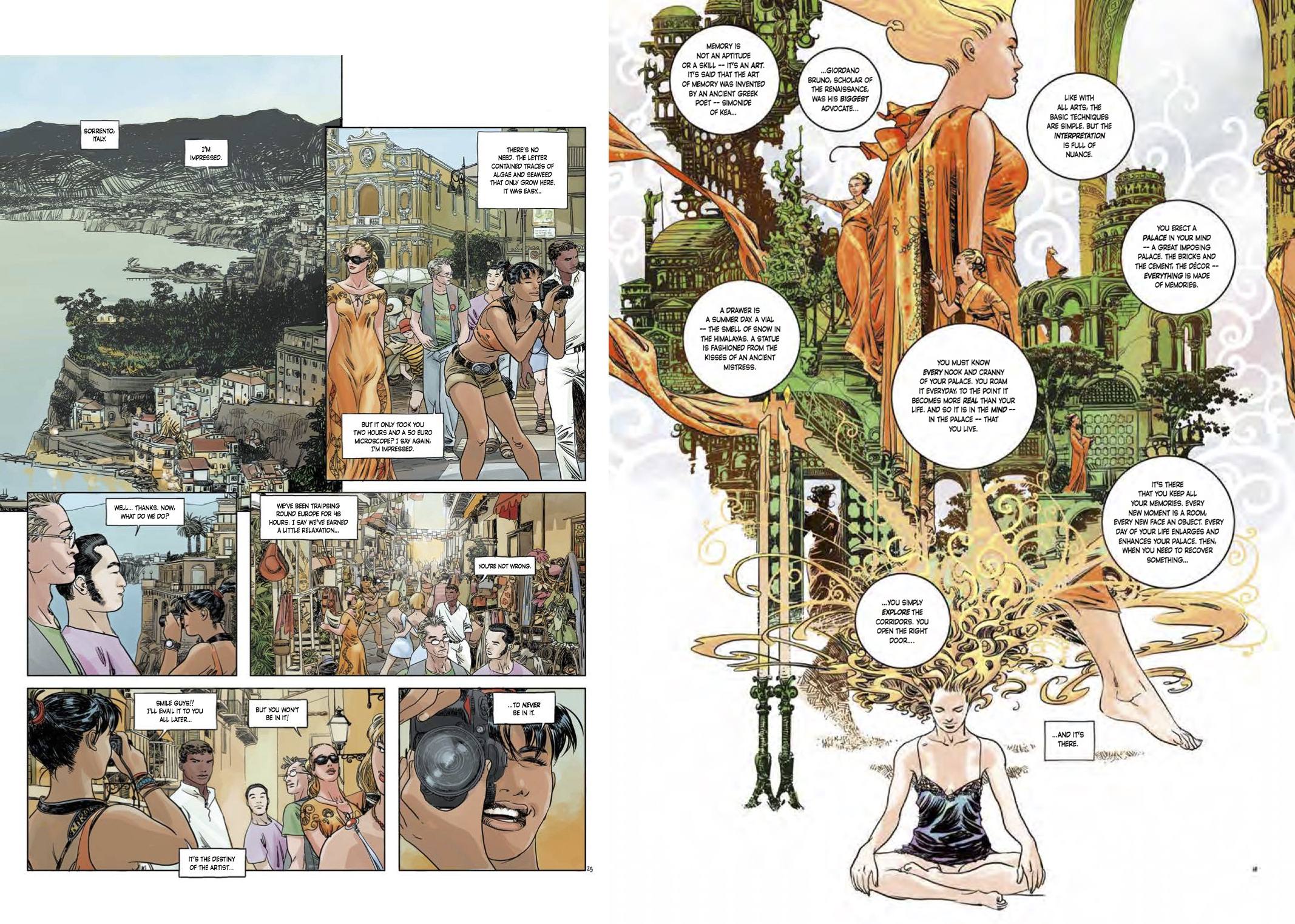 Cutting Edge translates and combines all four European volumes of what at its simplest is a team of human investigators each of whom have mastered several disciplines, but it’s far more than that.

Many people are gathered by a financial institution at an exclusive event, split into teams, given a task, told they will receive no help with problems arising from their task, but should they succeed in completing twelve tasks they’ll learn an invaluable secret. The pitch loses something in distillation, but is convincingly sold to a mixed batch of exceptionally talented people, and we follow five of them whose mission is to locate a missing musician.

Mario Alberti may be familiar to English language readers from his 2010 Spider-Man and Fantastic Four series and a bunch of covers produced around the same time. They were good, but his art for Cutting Edge is far, far better, working to a looser schedule responsible for art that’s to drool over. A slight Milo Manara influence is apparent when it comes to the people, but Alberti is a far tighter artist, in some places almost obsessively copying every line and piece of shading to recreate a postcard location of Sorrento’s full beauty. As seen on the sample art, this is art for art’s sake, the time spent just setting the scene possibly more than he was given for twenty superhero pages, and there are dozens of such images. As seen by the other sample page, Alberti’s design talents are also impressive, yet he can also keep it simple, letting the beauty of nature rather than construction shine through.

A tradition of ambitious and sophisticated European adventure thrillers is continued by Francesco Dimitri, from the beginning providing mystery and intrigue, and making it clear the investigators are themselves under scrutiny. They’re deliberately mismatched in terms of personality, but each has concealed talents that become increasingly important as the story continues, an intelligent writer supplying very smart characters who question the world around them. He also gives them a richness, one only really known to the public for an indiscreet video, another with a shady background, scientists mixing with artists. While primarily based in a recognisable world, Dimitri delves into some dark areas and pulls threads from remarkably diverse sources into Cutting Edge, and the use of technology lives up to the title.

The collection broadly splits into three connected stories, but secrets remain to be revealed about the cast and the set-up all the way through. They travel around the world, every location stunningly realised by Alberti, and the plots are varied. They’re strongest over the opening two chapters and an amazing finale that takes a complete swerve into new territory cleverly incorporating the value of what’s been previously seen. The cat and mouse of the third chapter is very James Bond. It’s entertaining, but a little too complex and deceptive for its own good, requiring too much explanation. Dimitri exploits human foibles, with deceit and manipulation key to Cutting Edge, and even if this weren’t a credible action thriller you’d surely want to sample Alberti’s stunning pages.