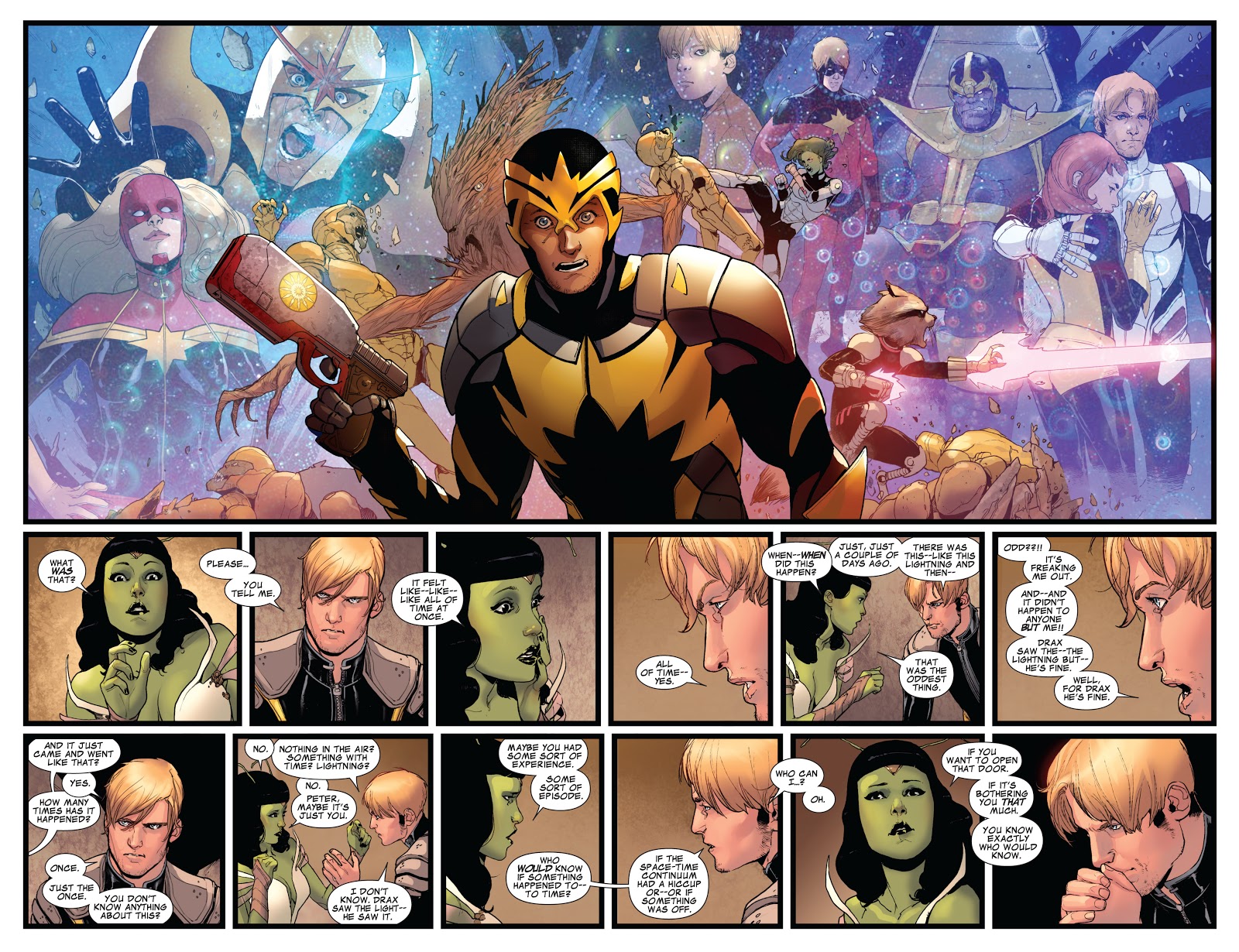 Featuring the Guardians of the Galaxy movie poster as cover art proides a fair statement by Marvel’s marketing department regarding the audience for this collection. It repackaged the first two trade paperback collections of Brian Michael Bendis’ Guardians of the Galaxy, the series itself rebooted in preparation for the film release. Using that cover invites comparison, and this comes off very much second best. Bendis has a nice line in snappy dialogue, his joy, refined over the years, but otherwise there’s very little connection to the thrills, laughs, vulnerabilities and sheer bravado of the movie.

On the face of it, the inclusion of Iron Man in the first batch of stories makes sense, a concept familiar to moviegoers allied to the new kids on the block. No-one minds marketing led intrusions if they’re carried off with style, but Iron Man’s appearances are so derisory, so generic, they scream of their shallow purpose. He has very little to do in an encounter with alien lizards, the Badoon as they invade Earth in what’s an ordinary plot, and his best sequences are conversations with Rocket Raccoon. The early chapters are very nicely drawn by Steve McNiven, who gives way to Sara Pichelli (sample art) whose pages are every bit as sumptuous, detailed, emotionally rich and action led. You wouldn’t know the content is less than sparkling from looking at the enviable art. Francesco Francavilla’s style may not fit well with the remainder, but he’s a top talent, and is there a superhero fan anywhere who doesn’t feel that little bit better for seeing Kevin Maguire’s art?

While at this point of the series none of the Guardians are yet ignored, it’s clear that Peter Quill, Star-Lord, is the character closest to Bendis’s heart. His background of being born on Earth, but actually the son of an alien despot sparks much of the storyline occurring between the big battle blowouts. Whether Bendis chose to have heavy-hitter Angela launched into the Marvel universe via the Guardians or has her forced on him is a moot point, because either way he doesn’t have much idea what to do with her beyond defining her as a total badass. Once that’s dealt with, only those with an encyclopedic knowledge of what was going on in other Marvel comics of the time will make sense of the final three chapters, which bounce around all over the place moving from the desperation of the penultimate episode to a story of new BFF’s Angela and Gamora in an ordinary piece dealing with slavery.

Because Bendis is a good writer overall, there are moments of wit and fun, but they’re padded out with too much of little consequence. Perhaps the art makes a hardcover purchase worthwhile, in which case you may want to consider Guardians of the Galaxy by Brian Michael Bendis Omnibus, oversized and presenting this content along with that of the next two hardcovers. Alternatively, the trades Cosmic Avengers and Angela are cheaper. 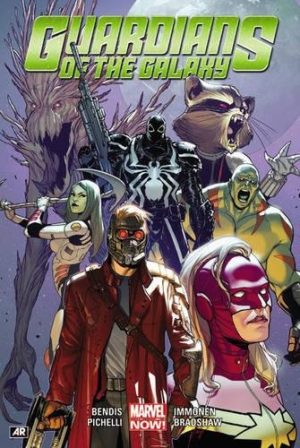 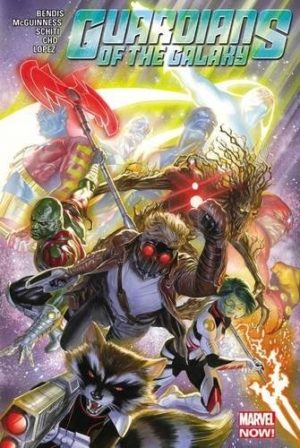 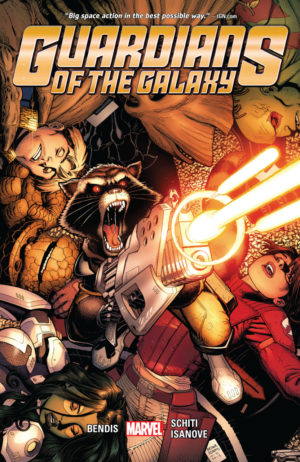 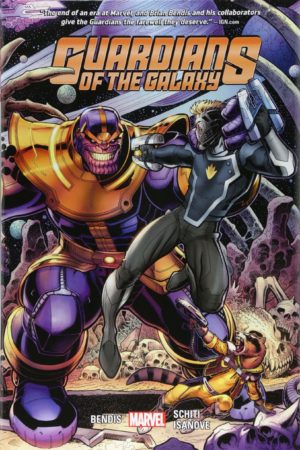