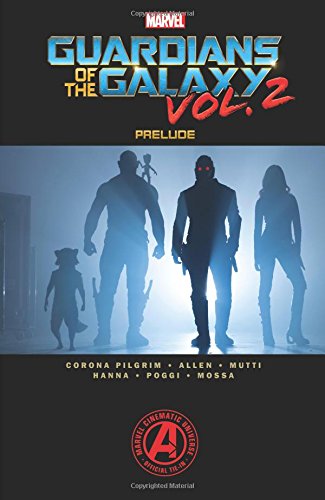 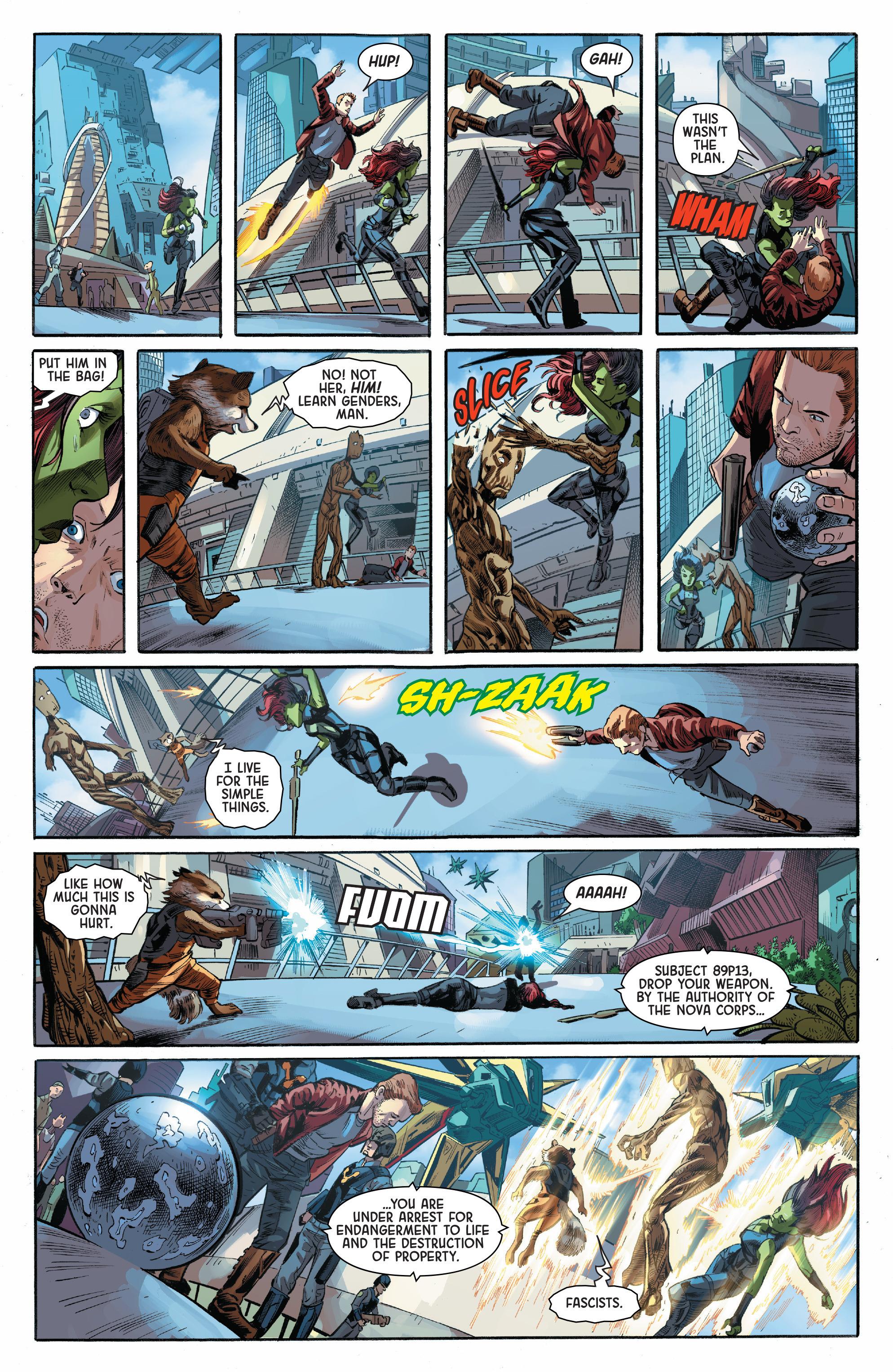 Anyone reading this who’s not seen the second Guardians of the Galaxy movie and wants no hint of who and what it features shouldn’t read beyond the fourth paragraph.

As was the case with its predecessor, Guardians of the Galaxy Prelude Vol. 2 is intended to promote the characters to anyone coming to graphic novels via the movies, and so it makes perfect sense to begin the collection with Marvel’s version of the first movie. This is by Will Corona Pilgrim adapting James Gunn and Nicole Perlman’s script. Even with artists Chris Allen and Andrea Mutti packing the panels onto the pages it’s a compression, but one that hits all the right beats. Allen impresses most of the time, although his standards slip when illustrating full figures, while Pilgrim’s dialogue conveys the plot without much personality.

The Guardians originated as a 30th century superteam, and their ongoing series débuted in 1990. Its presentation here is an indicator of how far superhero comics have progressed. Jim Valentino is someone who can draw a little rather than an artist. His messy pages lack compositional skills, his plot is basic and his scripting is equally crude. It’s difficult to imagine this would be published today.

By complete contrast the most impressive art is from Art Adams, although even he’s not firing on all cylinders with a slight Brian Michael Bendis tale teaming the Guardians with the Avengers (2016 iteration). It’s low on plot and high on banter, and as the Avengers in the comic only share Hawkeye and Black Widow with the cinema version a lot of readers are going to be confused. One fine aspect is the arch finale of Thanos growling “This galaxy is mine. And that means it is yours Gamora. All of it.” It’s grandly chilling.

The Avengers (1970s iteration) are our introduction to Mantis, who’s seen in the second Guardians film and is problematical in terms of comics. Most single issues featuring her aren’t what she became, and her relatively scarce appearances since have been as part of longer stories. It narrows the selection down to the issue in which she transforms. This features possibly the sloppiest art Don Heck produced in a long career at Marvel allied to an inventive script from Steve Englehart bringing together ten issues of plots. In isolation it’s too busy and raises too many other questions.

This isn’t an ideal collection, and that’s down to there being very few great comics featuring the Guardians of the Galaxy in either their 20th century or 30th century incarnations, or as individuals. In terms of excitement, suspense and wit, the first movie left most them in the dust, and that’s been apparent from both Prelude collections.