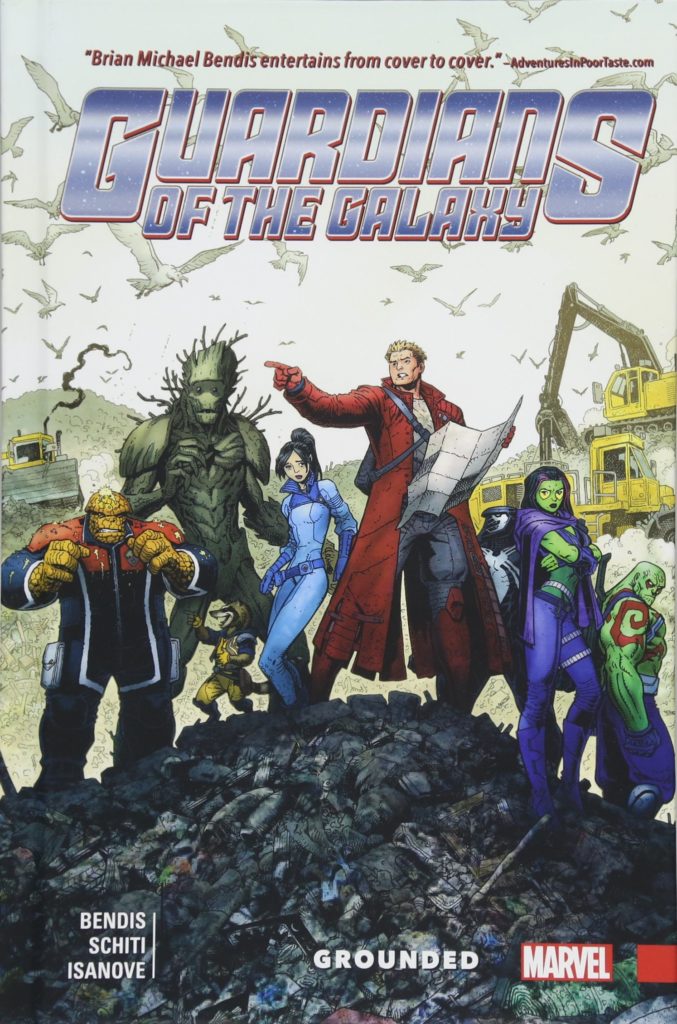 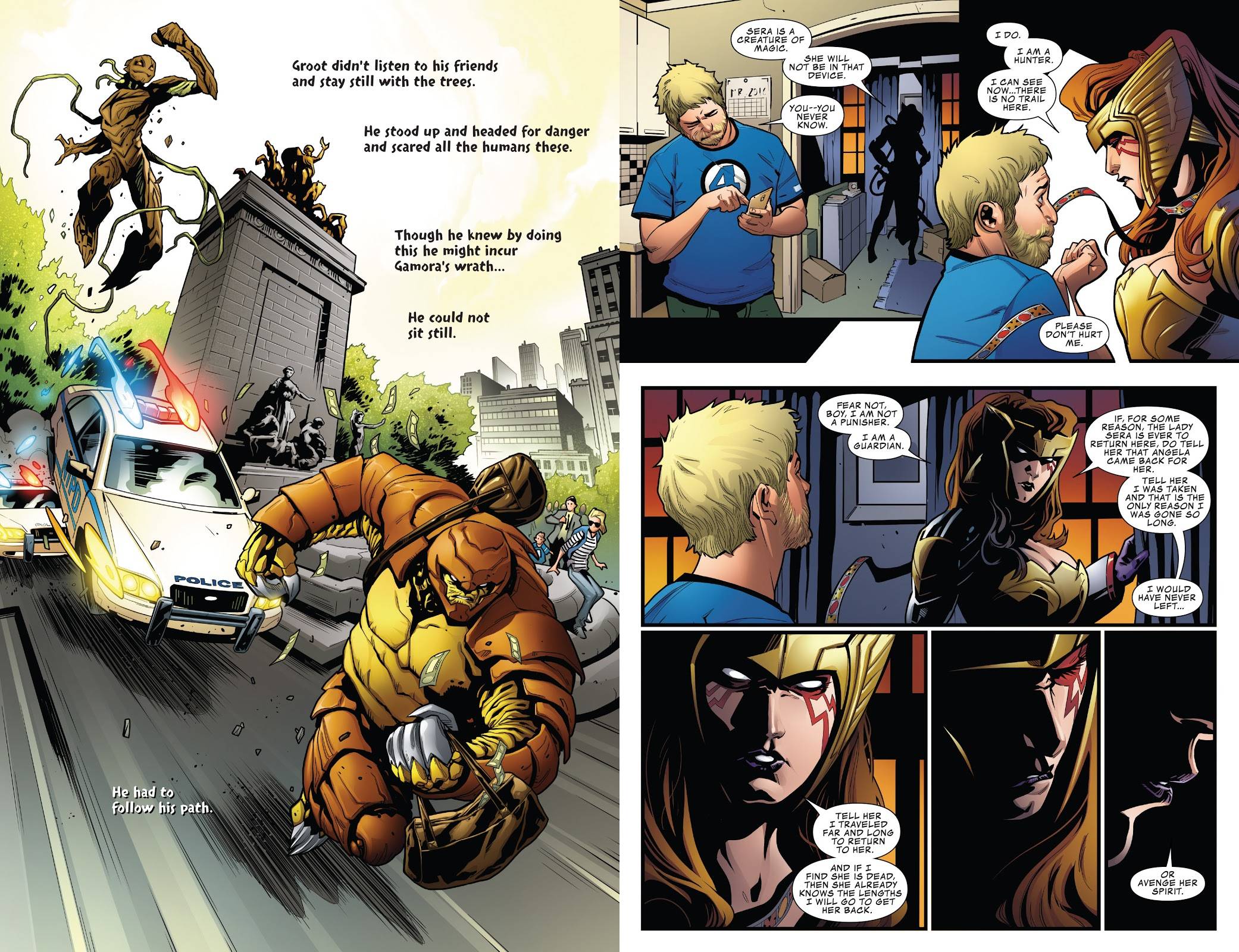 Secrets are frequently a terrible thing to keep, and when others feel there’s no good reason to keep them in the first place, bitterness always ensues. So it is with Guardians of the Galaxy, who resent Starlord not informing the rest of them that he knew Thanos still lived. The resulting discussion in Civil War II saw them go their separate ways, except they can’t go very far because their spacecraft has been destroyed, leaving them all stuck on Earth.

With a second Guardians of the Galaxy film on the way, Marvel obviously felt it made sense if the comic featured the people seen on the movie screens, rather than the likes of Angela, Kitty Pryde, Venom and the Thing. Grounded cleans the slate on this incarnation, Brian Michael Bendis putting the toys back in the box, cleaned off and ready for someone else to pick up, in this case Gerry Duggan in Communication Breakdown. Bendis departs via four solo stories, each of them very differently shaded, and one massive blow-up. The format gives the versatility of Valerio Schiti a chance to shine. He’s had a few dips, but has largely been good throughout, stepping up to saving grace last time around, and he’s fantastic here. The Groot solo outing is all-but a children’s story, told in rhyme (strained at times) and needing big action that’s not too threatening. Schiti supplies this with the panache of a children’s book illustrator, while Angela’s solo story demands far darker action. The Thing’s tale is wistful and melancholy, and Schiti’s visual techniques ensure we feel for a pile of rocks, while Gamora’s anger also transmits. The other artists listed all contribute a few pages, most having worked on earlier Guardians of the Galaxy material by Bendis.

Given the way the Guardians split, some form of closure is required, and for the extended final episode Thanos is considerate enough to provide it by invading Earth (again). Such is the threat, the guest artists are needed. If only Bendis had produced more stories like this during his run. It’s action packed, page-turning, and features plenty of surprises in getting the Guardians back together again. Oh, come on, that surely wasn’t a spoiler. Rarely can Thanos invading Earth have been dealt with in such a compact manner. Actually, all five stories here are compact, the Thing opener nearest in tone to what might be expected from Bendis, but there’s no rambling. Bendis leaves on a high, and it’s a shame more of his Guardians of the Galaxy graphic novels didn’t reach this standard.