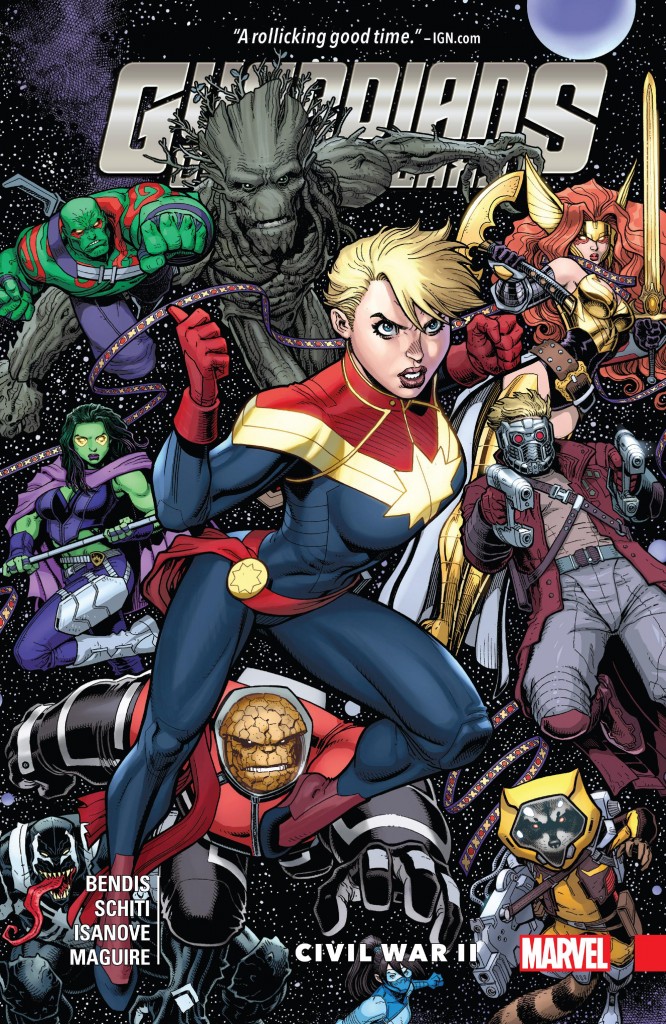 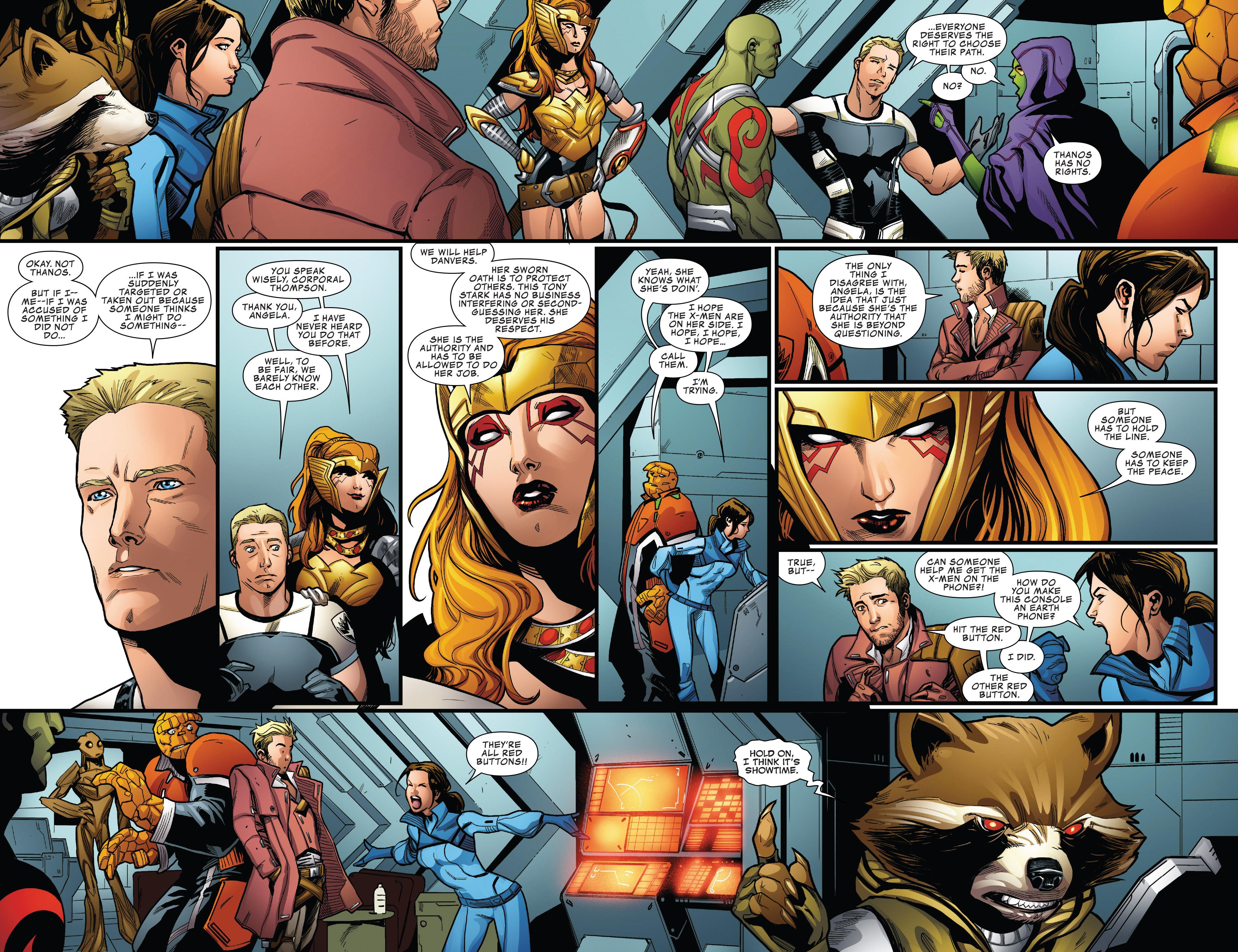 Well, has Brian Michael Bendis got a mad on. Using Rocket Raccoon as his voice we have a lecture about the ills of Earth’s political systems and social priorities as if the USA is the only country it hosts. His heart’s in the right place, but this is not subtle. And neither is much of the rest of the book, which has a real feeling of going through the motions. There are plenty of sequences of glib crossing dialogue, disagreements, explosions… You know, the type of stuff Bendis can surely toss off while changing a nappy. He’s very good overall, so this has a minimal professional standard, but there’s no sparkle, although late in the book he suddenly remembers that Venom’s a member of the team.

Perhaps the lack of sparkle is due to Bendis just not being enthused about the whole concept of Civil War II spreading over every Marvel series like an oil spill. Its effect on Guardians of the Galaxy is relatively minimal beyond stranding them on Earth, so there’s little point in detailing the bigger picture here. Suffice to say that the Guardians consider Carol Danvers a friend, so align themselves with her side of the story. That’s not for long, however, as Bendis re-runs Guardians Disassembled before presenting an untold tale of the Guardians meeting Spider-Man.

The only redeeming feature of this idle exercise is the art. Valerio Schiti is fantastic. His layouts are well planned, he doesn’t baulk at having to draw dozens of characters (most only for a single panel), and in as much as any devastation is wonderful, the way Schiti draws it, it is. Even better is that the final chapter is a now rare appearance for Kevin Maguire, still spectacular when given what’s obvious space filler.

Even Marvel appear to have been ashamed at the idea of charging a cent shy of $25 for the hardcover without featuring extra content, so to pad out this whole sorry package the back pages present plenty of Schiti’s pages once again, but in black and white.

All things considered, unless you’re happy to see art by Maguire and Schiti without much story, you’re better off saving your money. The only thing you’ll need to know before Grounded is that the Guardians have once again split up.