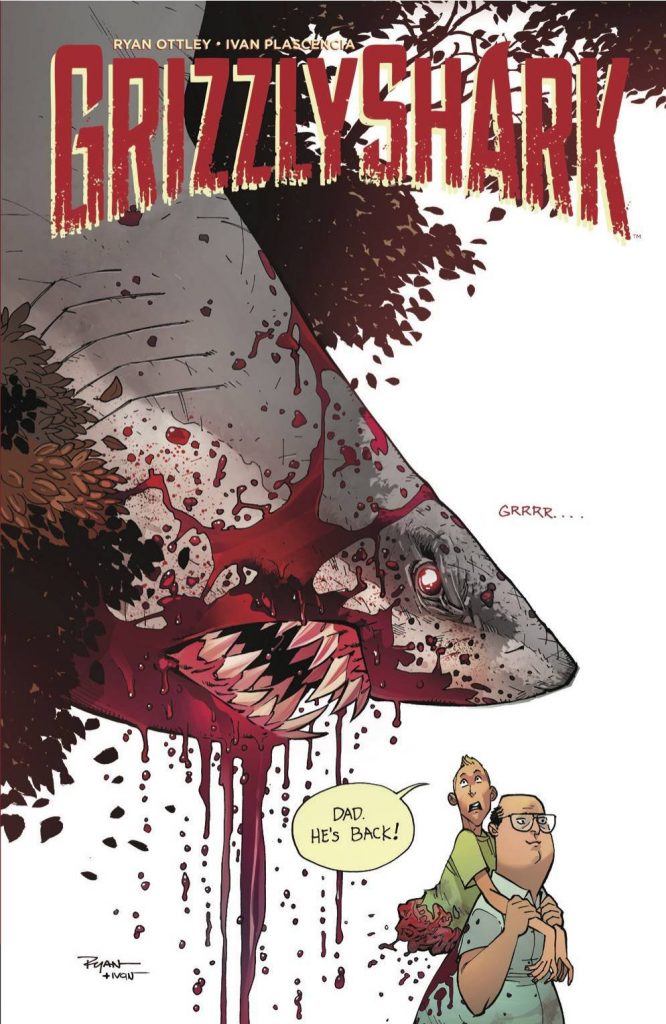 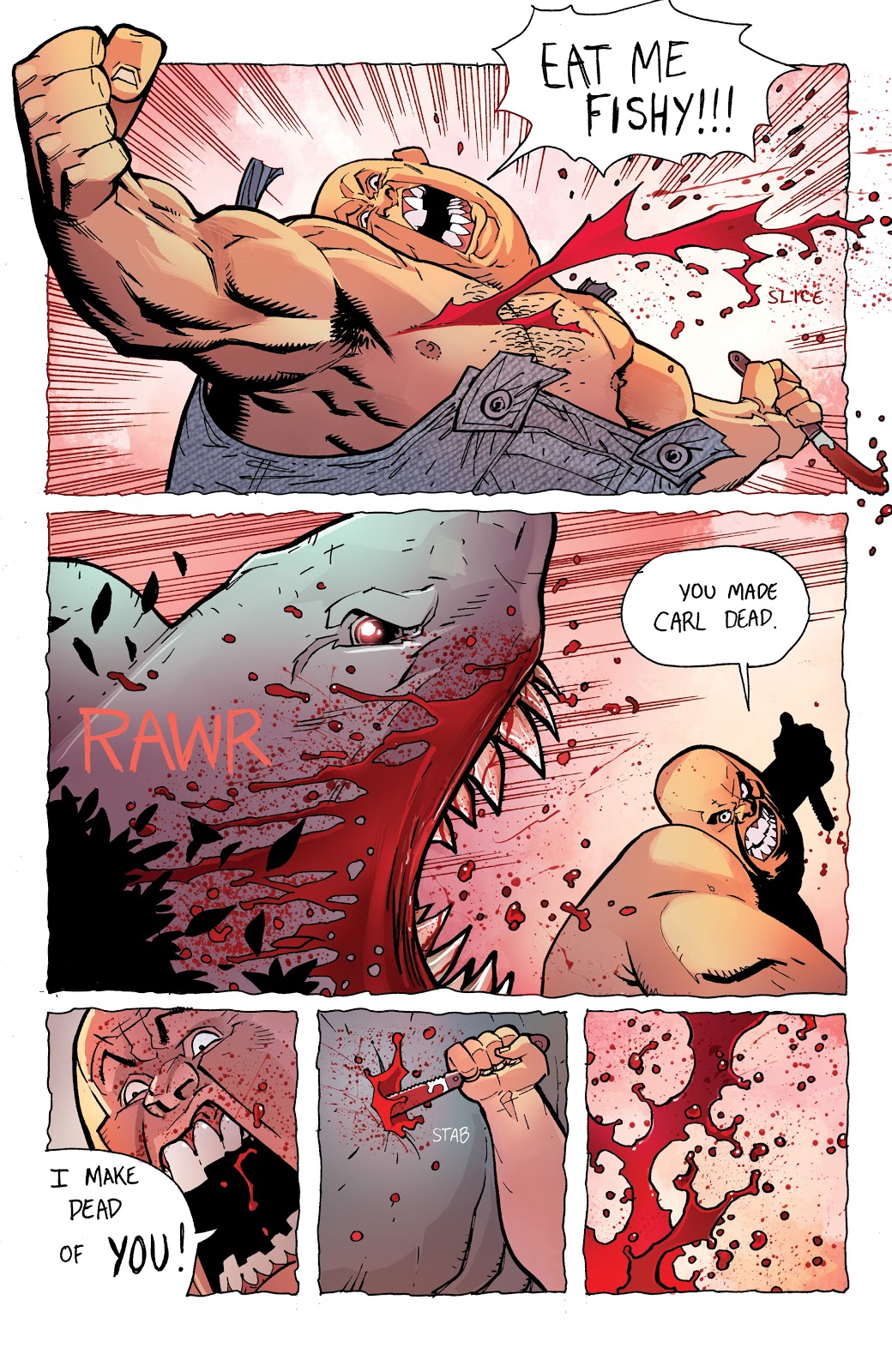 Ryan Ottley sets an absurdist tone to this satire right from the start, when a father warns his son not to stray from the campfire without a gun as there’s sharks in them thar woods. And indeed there are, as graphically and hilariously illustrated on the following page.

The fear is that Grizzlyshark is the single joke extended for seventy pages. Broadly, it is, but Ottley keeps the laughs coming with inventive variations on a scene, and barely a page suitable for reproducing as a sample without turning the stomachs of the squeamish. It doesn’t plummet to bad taste, because that’s just the starting point for something the mighty Joe Bob Briggs would surely recommend heartily. The grizzlysharks having made their way to land have a prodigious appetite, and are attracted by any form of blood in the woods, be that a cyclist who’s taken a tumble, a woman jogging during her period or a climber who’s scratched herself. The only real protection is Cinnamon Bear Jubilee ice cream, and that doesn’t go on sale until tomorrow.

Ottley begins by sticking to the form of the horror movie, but soon dispenses with that to provide a splatterfest of hilarity setting up one joke after another, the punchline almost always a humungous shark bite. There’s a slight variation for the final chapter as Ottley flips the concept, but it remains bloody and funny. Or bloody funny. No, it’s not for the intellectual, and it’s not going to be the first graphic novel to earn the Nobel Prize for Literature. However, anyone who enjoys imaginative excess is going to love Grizzlyshark.