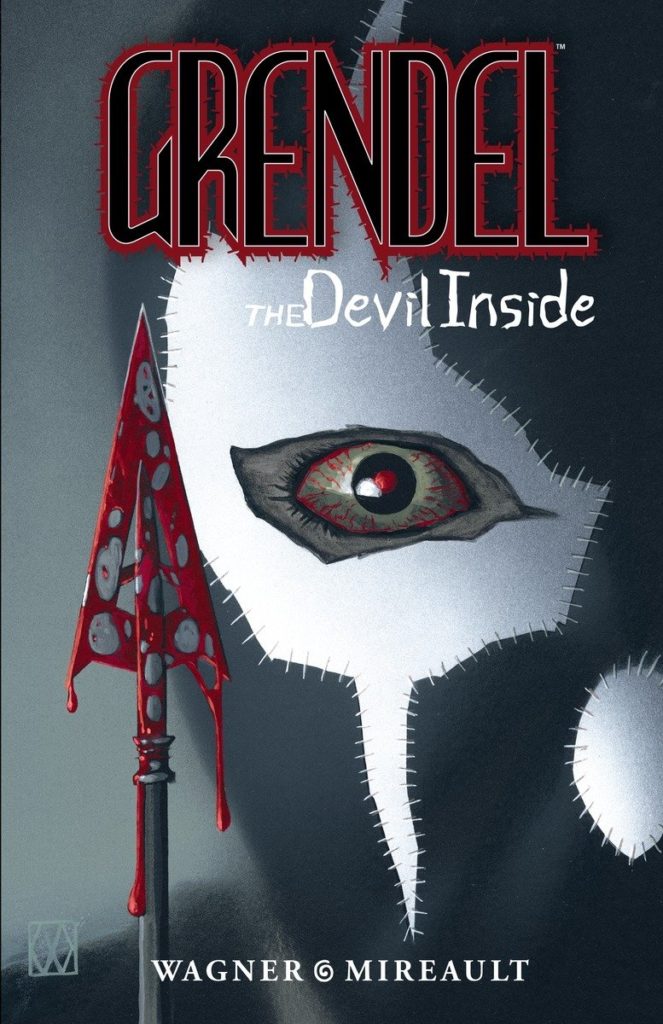 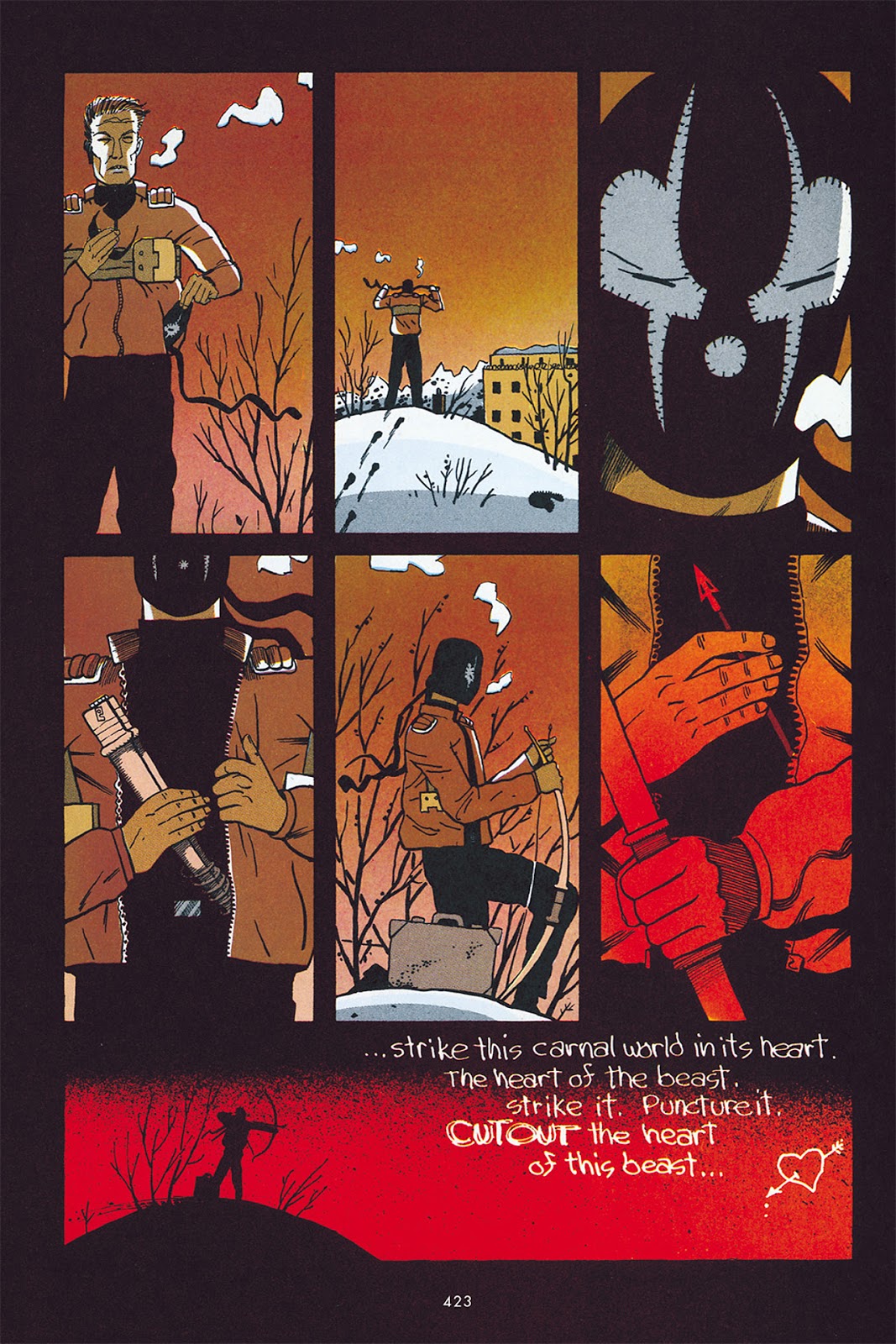 Brian Li-Sung used to be just a theatre manager. Since Grendel entered his life he’s come a long way. Literally in the sense that he’s moved from San Francisco to New York, but also the transition of his personality and outlook. Brian has some problems to work through, holdovers from Devil’s Legacy, doesn’t like New York, finding the city aggressive and threatening, and the theatre crew he’s working with amplify his discomfort with their bitterness, egotism and resentfulness.

Bernie Mireault’s art is the resolute opposite of slick, being skilled, but mannered cartooning with a greater resemblance to the ‘underground’ comics of the 1970s than the up to the minute 1980s look of the previous Grendel outing. He accentuates Brian’s feelings of claustrophobia by constantly enclosing his world within tight panels, and the colouring by Mireault, Joe Matt and Matt Wagner further establishes a different world, one effectively heavy on dark green. Filled with quirky touches, such as the beautifully wacky vehicles, Mireault’s world is an appealingly unique artistic vision.

In Devil’s Legacy it was the art that cemented the pages into their era, and here it’s Wagner’s writing. He’s always been an experimental writer on Grendel, and the chosen method for this outing is defining Brian’s transformation into Grendel via his notebook entries, a naturalism possibly novel when written, but overtaken by so many others over the years. It’s certainly a more refined insight into disintegration than the Punisher’s journals, but the accompanying voice of restrained inner rage is overbaked: “I AM the fire regulations! I AM the firehouse!! I AM the fire!!!”. The story purpose is to consider whether Grendel is a form of possession or becoming Grendel just wakes what’s already deep within. In that respect the examination works, Brian becoming someone who sees in absolutes in the way of Steve Ditko’s more extreme heroes, and it’s interesting how Wagner has progressed the idea of Grendel. Hunter Rose epitomised control, while Brian is his reverse, emotionally led and impulsive. This can still be successful, but how will the increasingly angry Brian cope with being the target of a relentless policeman?

Despite the slimness of the book compared to Devil’s Legacy the storytelling via notebook delivers a density, the art is well matched with the story, and that story builds to a fine resolution. Wagner returns to the art with Devil Tales, and both are found in Grendel Omnibus Volume 2: The Legacy.