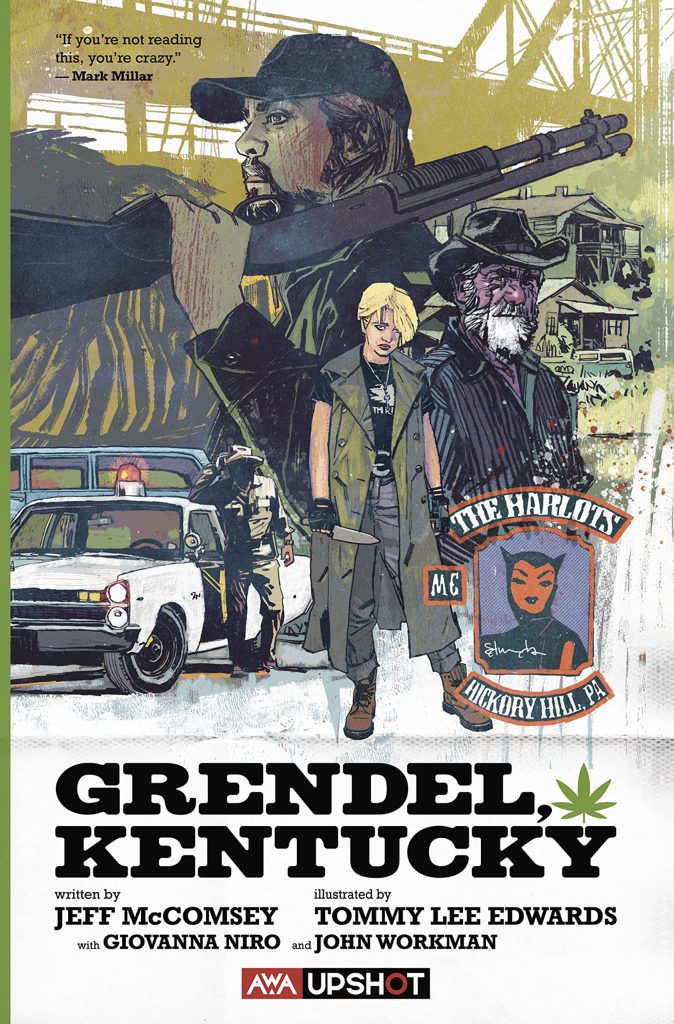 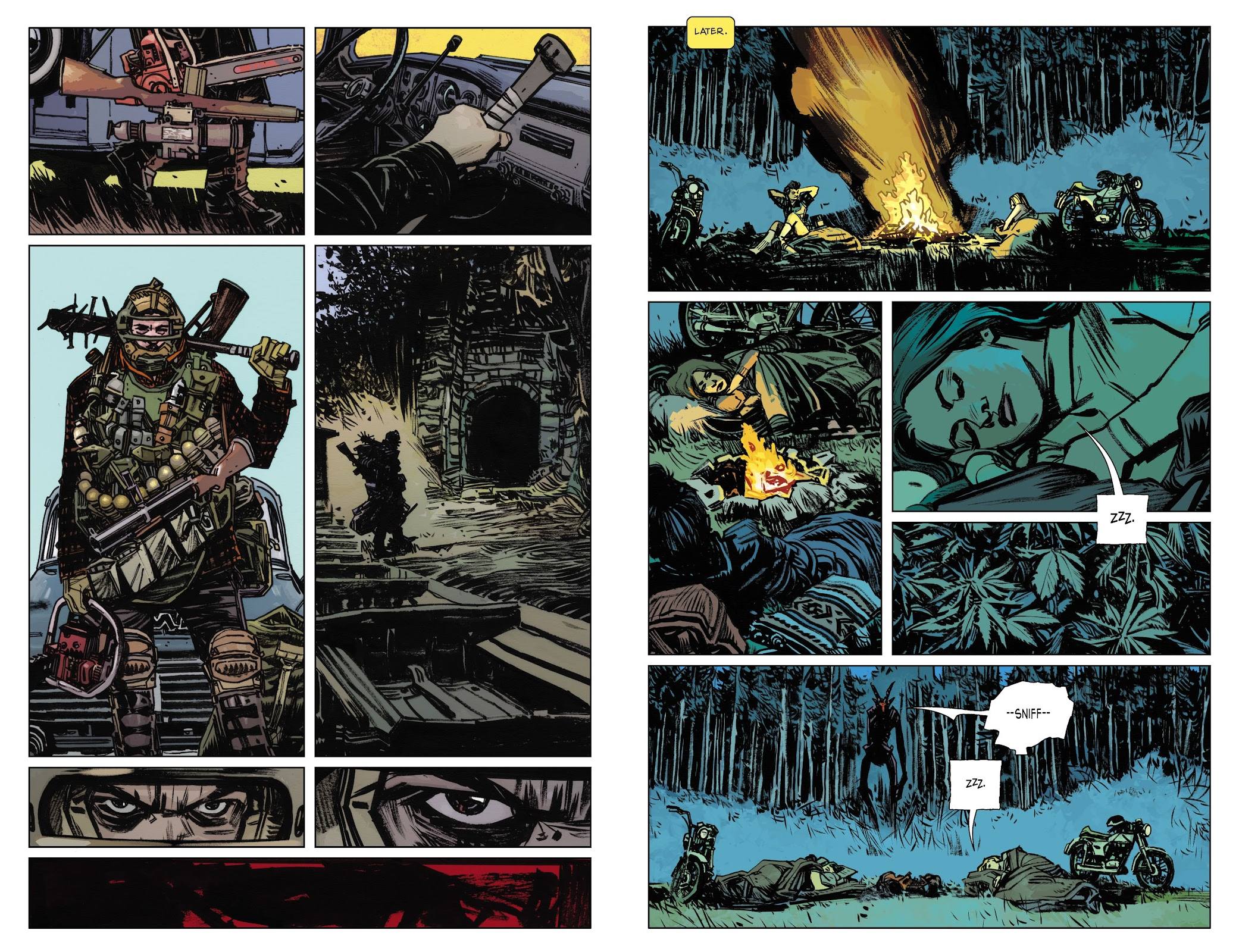 There’s a slow but very atmospheric opening to Grendel, Kentucky as we’re toured around a town where there’s something going, but we’re not sure what, having the seen the man on the sample page enter a mineshaft. There’s an all-woman biker gang led by Marine, sister of Denny, and the father who adopted them has died. Neither believes he was killed by a bear, and the final page of the opening chapter suggests something sinister lurking in the mine.

It’s a confident writer who’ll let the artist take the lead in telling the story, but when that artist is as good as Tommy Lee Edwards there’s every reason to have confidence. Edwards isn’t interested in glamour, but embeds his people in exemplary locations, heavily detailed, yet never seeming crowded, and only the cars give away the 1970s setting, such is the timeless mood generated. Giovanna Niro using gloomy shades of colour with only very occasional brightness completes the necessary dark atmosphere.

There is something loose in Grendel, something old and unforgiving that the older townspeople know all about, yet have kept a secret. It’s emerged into the light again, that seeming to be a horrific warning, so the question becomes what to do about it. Jeff McComsey paces his drama excellently over four chapters. It has the time to unfold leisurely, but there’s never a feeling of a slim story as the characters are interesting and the situation escalates. It’s predictable in some ways, but that’s not the point of failure in horror that it might be in other genres, and the eventual knowledge that settlement is only going to come by overcoming deep and long held fears adds to the suspense.

McComsey and Edwards provide a nice comparison at the end, and anyone who enjoys reality-based horror with a touch of the supernatural is getting more than their money’s worth with Grendel, Kentucky.