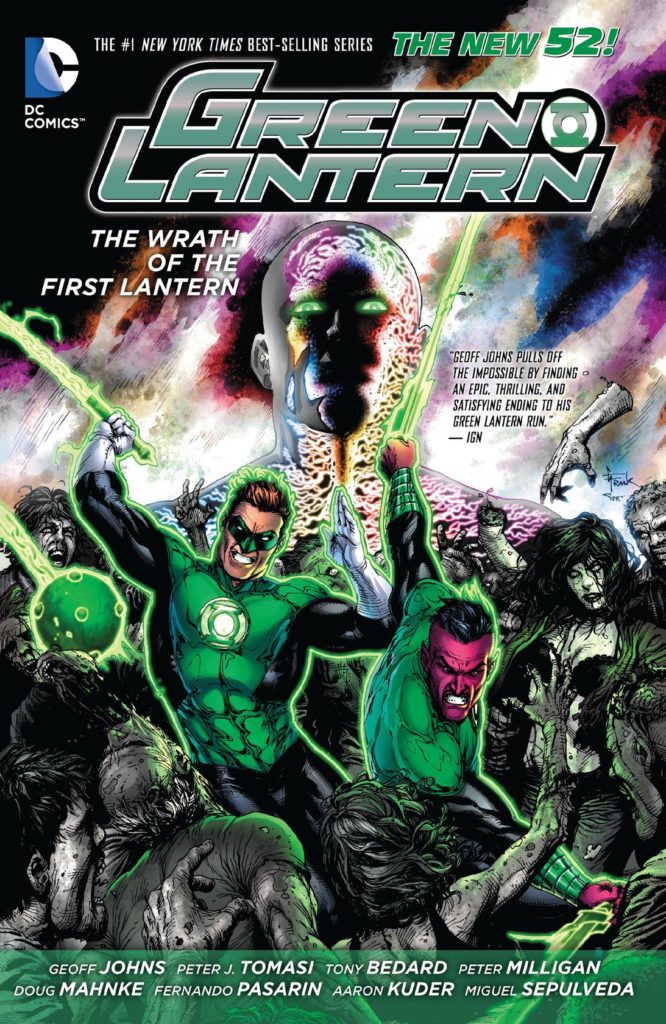 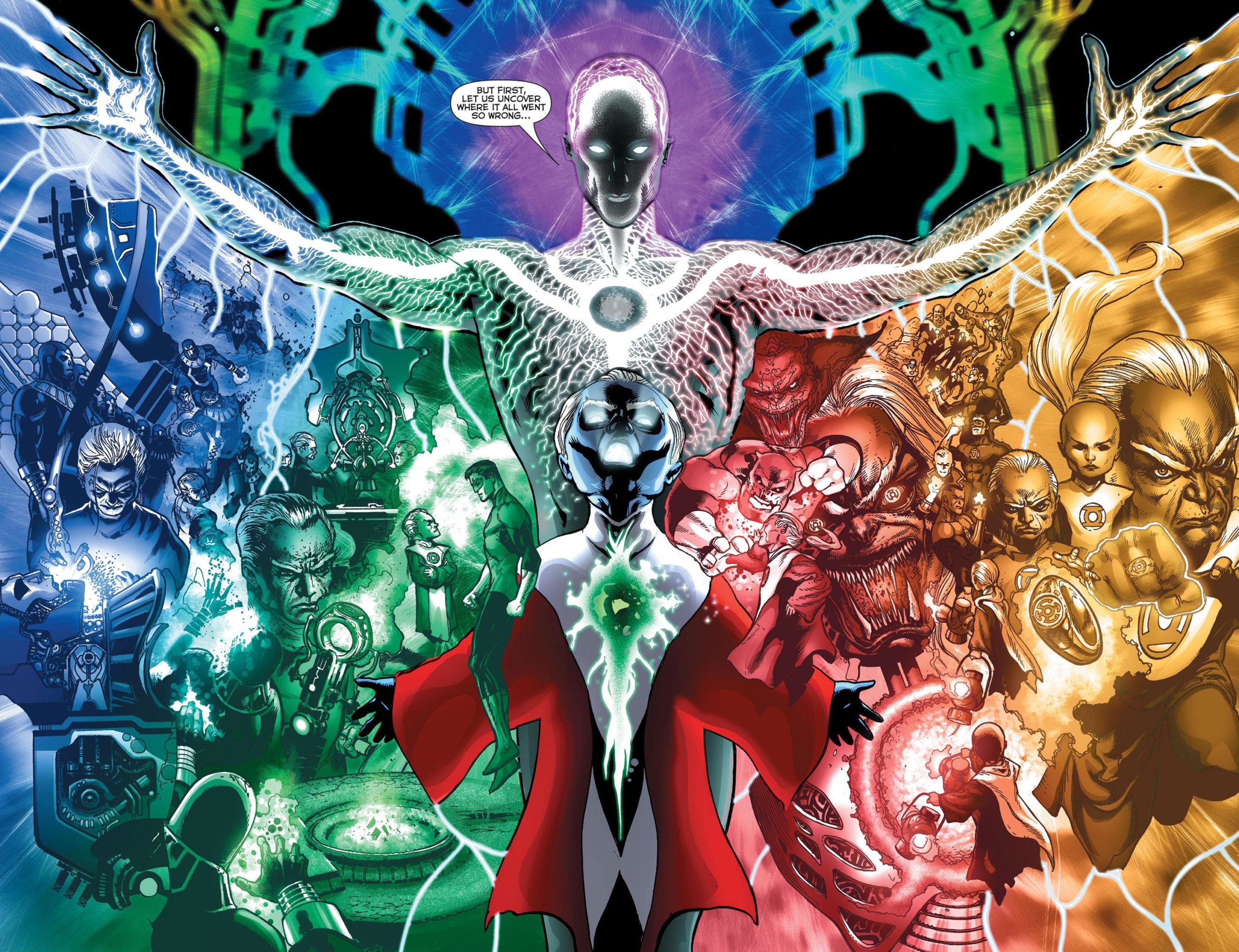 With The Wrath of the First Lantern Geoff Johns brings almost a decade of guiding the Green Lantern mythology to a close. He rebooted, popularised and expanded a floundering franchise, but creatively Johns has been a victim of his own success, at least in the preceding few volumes, finding it necessary to involve all the characters revived alongside those he’s created in a succession of crossovers to diminishing returns. The immediate predecessor Rise of the Third Army was largely a holding pattern leading to this.

As we open, Hal Jordan and Sinestro are believed dead, yet have a consciousness and know they’ve met someone important. Kyle Rayner has successfully accumulated the emotions powering the assorted shades of power ring to become a unique warrior. Simon Baz has recently become a Green Lantern. The Guardians of the Universe always previously acting in the greater good, have become increasingly autocratic and malign, and Volthoom the first of them, imprisoned for millennia has been freed. Doug Mahnke’s sample spread more than sums up his threat. Let it be noted that spreads by ChrisCross, Aaron Kuder, Fernando Pasarin, and Miguel Sepulveda are equally spectacular. They’re among a dozen artist contributing at least a chapter, with almost that many again involved in the final section, including brief returns for Johns’ former collaborators Ivan Reis and Ethan Van Sciver. No artist disappoints.

He may have a stupid name, but Volthoom ties into the origin of the universe and has the interesting ability of being able to manipulate events. To start with he’s not at full strength, so can just tap into people’s perceptions and make them believe something’s worked out differently. Perhaps when a child Guy Gardner didn’t save his brother and sister from drowning after all, or Kyle Rayner’s girlfriend lived, or Atrocitus wasn’t consumed by rage. The assorted writers spend almost half the book playing through alternatives, but at least these have a cohesiveness lacking in some Green Lantern crossover epics. So does the finale, as Johns draws on much Green Lantern history, including elements he’s added, for a confrontation that surprises and doesn’t end as expected. There’s plenty of room left for a sentimental farewell to the cast that Johns has more than earned, and epilogues from Peter J. Tomasi, Tony Bedard and Peter Milligan wrapping up on their characters.

While in some respects Johns and company do the Green Lantern legend proud, this suffers from diminishing returns. Ring bearers of all shades unite to face a universe threatening menace on so many occasions during Johns’ run that it’s just normal, no longer an event, and that damages The Wrath of the First Lantern. Anyone reading this in isolation will have a far higher opinion, as it thrills, surprises and shocks, additionally tying up everything very neatly, and leaving a near enough blank slate for the next Green Lantern writer (Robert Venditti with Test of Wills), along with the multitude of new characters Johns bequeathed. It’s some legacy and deserves considerable respect, but by The Wrath of the First Lantern it was a crisis too far.