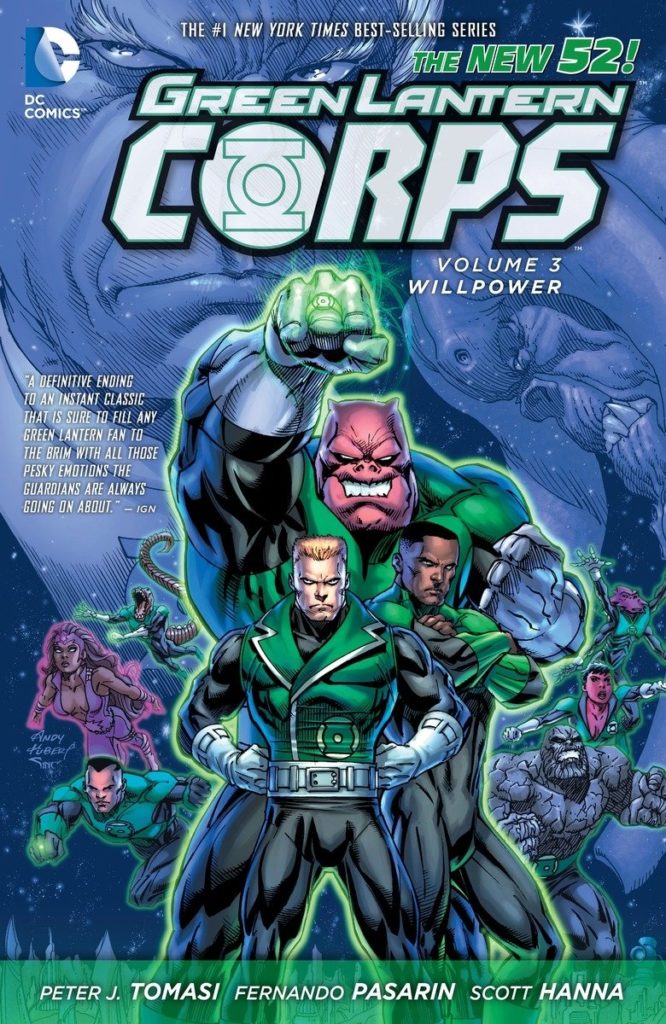 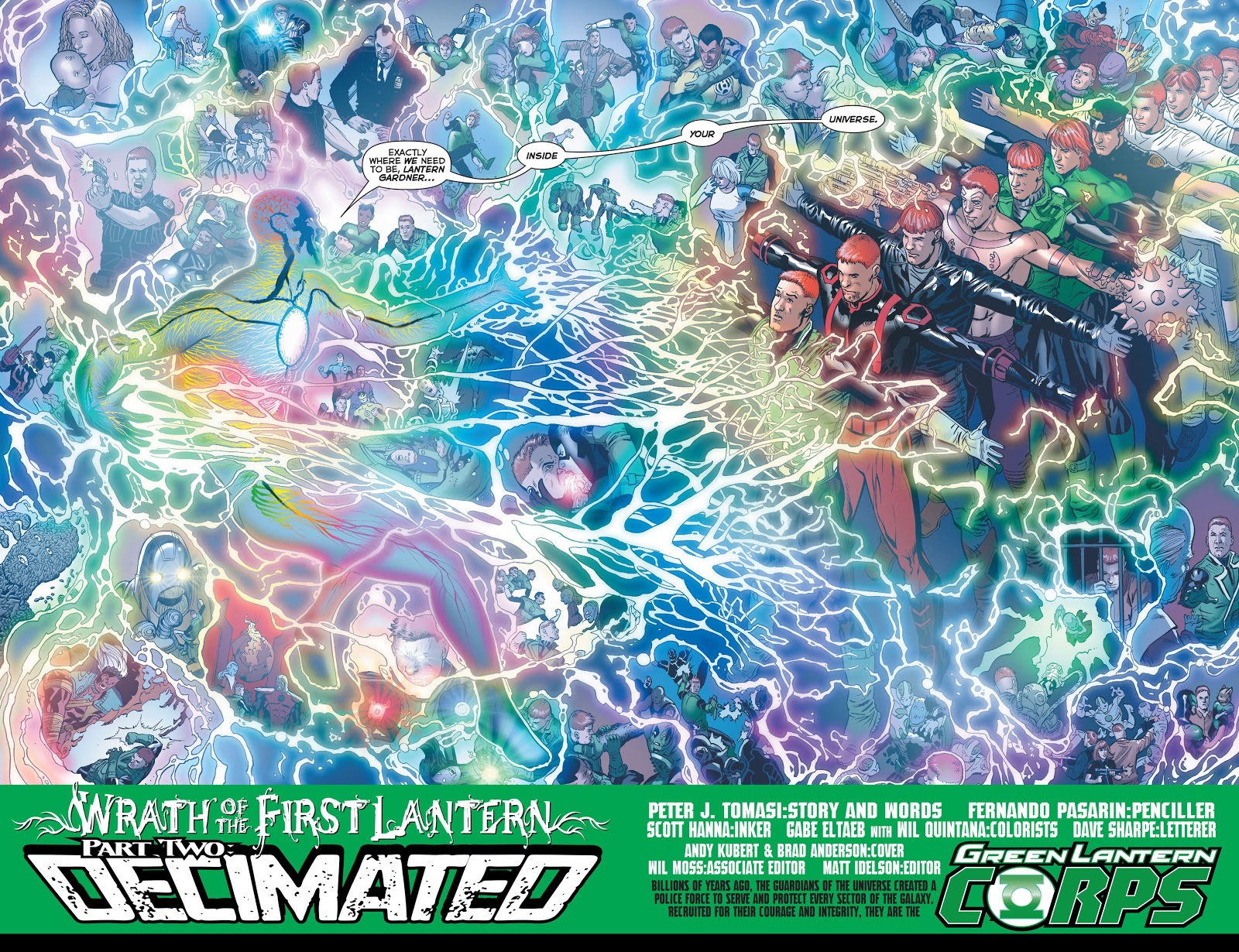 Over the previous two volumes of this Green Lantern Corps series Peter J. Tomasi has managed to keep his stories largely separate from the bigger picture of what’s happening in Green Lantern, while allowing the occasional nod toward wider events. This has primarily been in the form of the Guardians of the Universe and their strange machinations. With Willpower, however, that’s no longer an option, and it’s an unsatisfying graphic novel because so much occurs between chapters in other titles. Anyone wanting the complete Wrath of the First Lantern story would be better off picking up the Green Lantern volume of that name, which includes most of this content, but crucially all the other stories feeding in, although be warned that some are decidedly average.

Before the First Lantern turns up, Tomasi scripts three chapters feeding into The Rise of the Third Army, including the conclusion. It’s three chapters already representing the skimming stone over water approach afflicting the entire book. Simon Baz, previously unseen in Green Lantern Corps retrieves Guy Gardner from Earth, where he’d been at a bit of a loose end, in a nice opening chapter making good use of the revised background presented in Alpha War. A jump to the story climax occurs, which is nicely enough drawn by ChrisCross, but disappointingly only really a bridge to the next story.

The First Lantern is a tempter, and Tomasi’s altered origin for Guy as a Green Lantern plays into an alternative version where we learn how he lost his police status, and from there how a different life could have played out. John Stewart is given the same treatment afterwards. Both have matters weighing heavily on their consciences, necessary decisions made in the heat of the moment, and these are well exploited in the most consistent portions of Willpower.

As the First Lantern’s story finished in an extra long issue of Green Lantern that at least is included for the sake of completion, but it also introduces a fair wedge of other characters whose stories feed in. It’s a testament to Fernando Pasarin that a stellar line-up of artists is featured over this conclusion, but the sheer effort he puts into his pages and the strength of his visual imagination ensure he’s a match for any of them.

Tomasi spent a considerable amount of time with the Green Lantern Corps, stretching well back into the previous series, and the final chapter of Willpower is his farewell performance. It’s nicely handled, sentimentality that doesn’t drip into melodrama while reinforcing Guy’s character as he sees it. Geoff Johns has rightly drawn considerable acclaim for his work on the core Green Lantern series, but Tomasi working around the edges of what Johns introduced was also solidly entertaining and worth your time. This series continues under a new creative team in Rebuild.