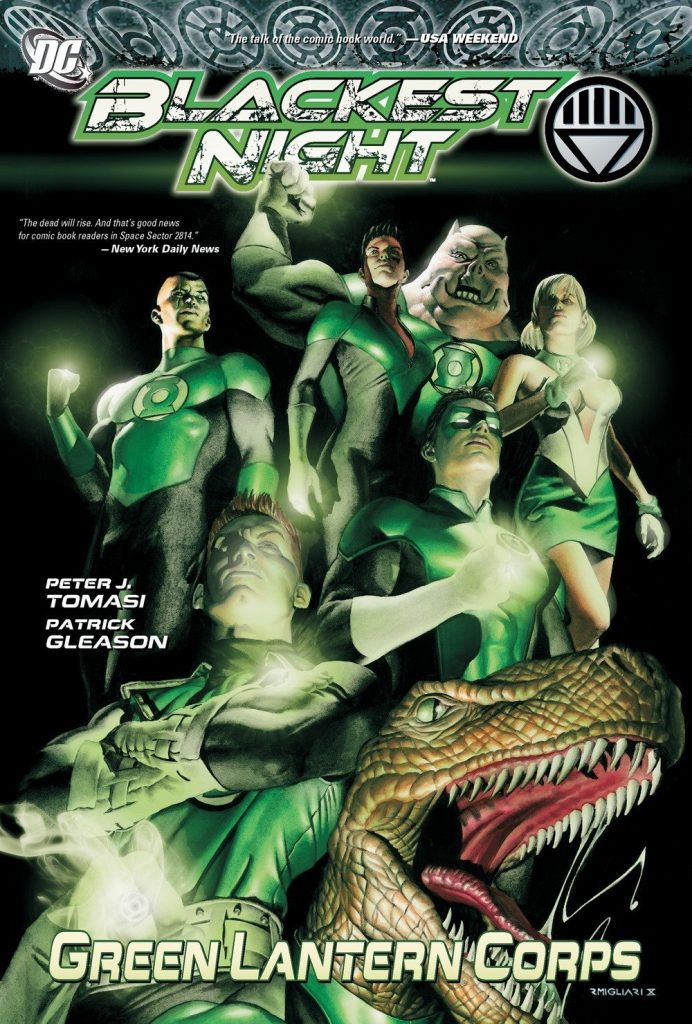 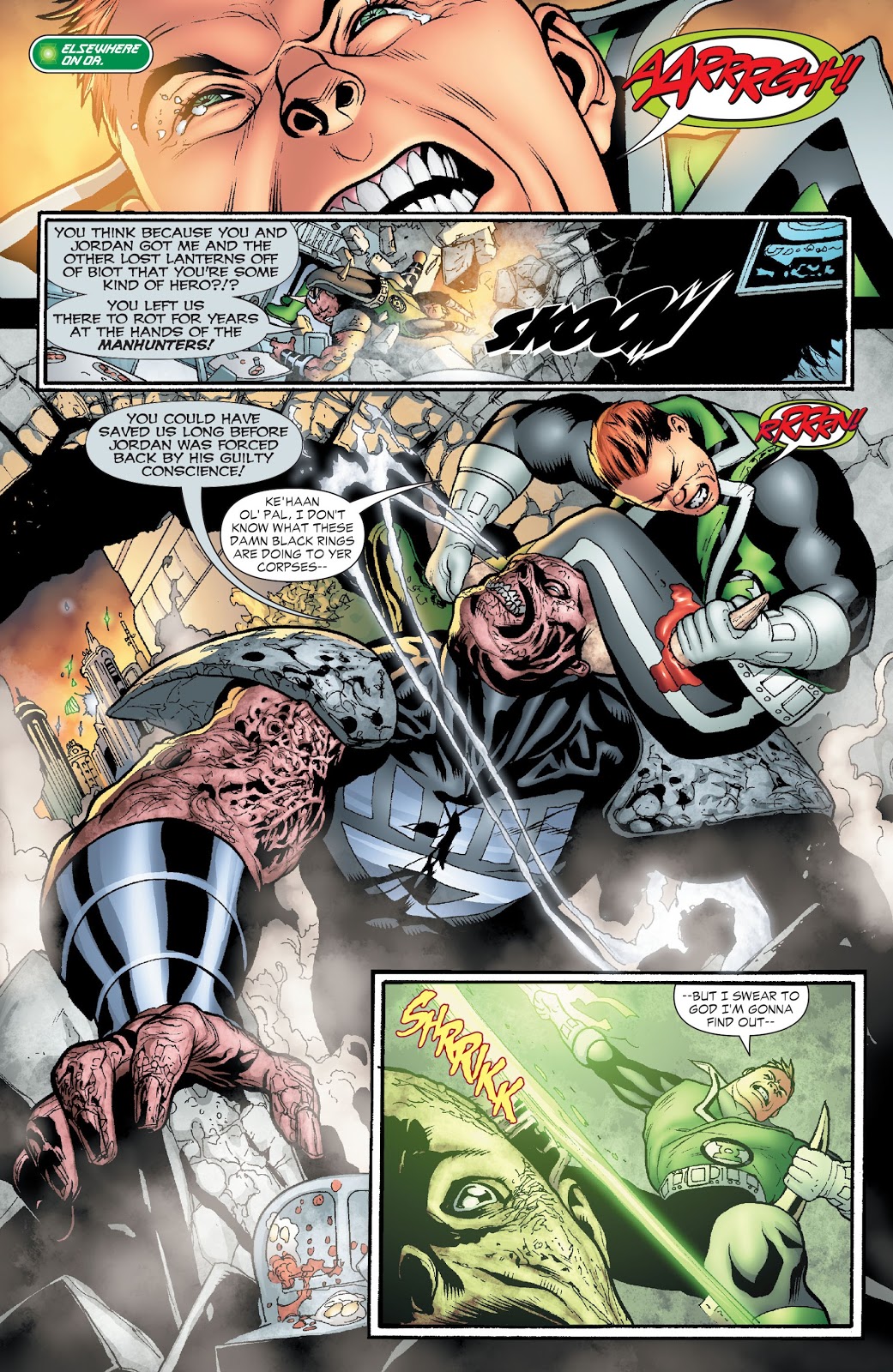 There’s little indication of this tying in with Blackest Night over a start catching up on core Corps members, each allocated a few pages updating on their situation as they’re spread across the universe. Most are mopping up after Emerald Eclipse. The relative peace doesn’t last for long as hundreds of flying black rings breach all defences on Oa, connecting with dead Green Lanterns and reviving them as zombies. It’s a little more complicated than that, but you don’t need to know the background to enjoy the sight of assorted Green Lanterns going up against each other.

What makes this slightly more interesting that other Blackest Night conflicts is the sheer variety of alien Green Lanterns, meaning this isn’t just humanoid against dead humanoid. Peter J. Tomasi makes great use of Bzzd, the small alien fly.

In some ways Patrick Gleason is a fantastic action artist. He lays out scenes imaginatively, coming up with visual ideas that other artists wouldn’t, and he packs his panels with detail, like the small look at the city in the background of the sample page. However, his focus is always closed in on the main characters, and there would be more variety to the pages if he occasionally pulled the viewpoint further out. There are times, though, when it works just fine, such as a spread almost looking down the throat of a homicidally angry Guy Gardner. Because numerous other colour Corps are involved, the colouring is extremely important, and Ray Major with Gabe Eltaeb ensure the shades reflect the content, with some pages in the final chapters really standing out.

Midway through, as in other Blackest Night stories, the Blue Lanterns make their game changing appearance offering some hope in dire circumstances. It comes across as handier to the plot here than in the other titles, disclosed as “the simple explanation is that by merging our indigo light of compassion with the green radiance of willpower we can destroy a Black Lantern and their power ring”. Despite this, Green Lantern Corps provides a complete story on the Blackest Night theme rather than the continuity leaping forward continually as is often the case for tie-ins. The two last chapters contradict that slightly with a continuity leap as time has moved forward elsewhere. The first has Green Lantern Corps now involved in the final Blackest Night battle, with the second being an epilogue to the entire event. For readers of the series it’s great, rectifying some matters and instituting change going forward.

Like any fiction, this is going to leave a far greater impression on anyone already invested in the characters, who’ll be angry along with Kyle Rayner at seeing his girlfriend desecrated or appreciate Killowog’s disappointment at meeting his drill sergeant predecessors. Anyone who’s not a regular reader but is interested in the Blackest Night tie-in will miss out a little, and they’re also likely to find some pieces of continuity puzzling. They’ll also find plenty of fine moments in a story that doesn’t seem padded at eight chapters, as it effectively switches focus several times within the context of the same battle. It finishes Tomasi’s run on Green Lantern Corps in fine style, and the series continues with Revolt of the Alpha Lanterns. 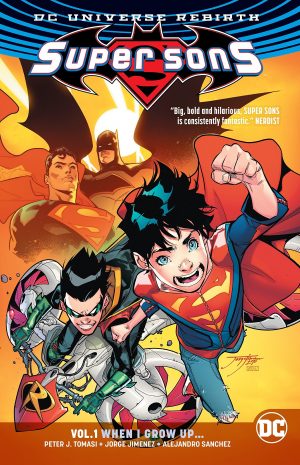