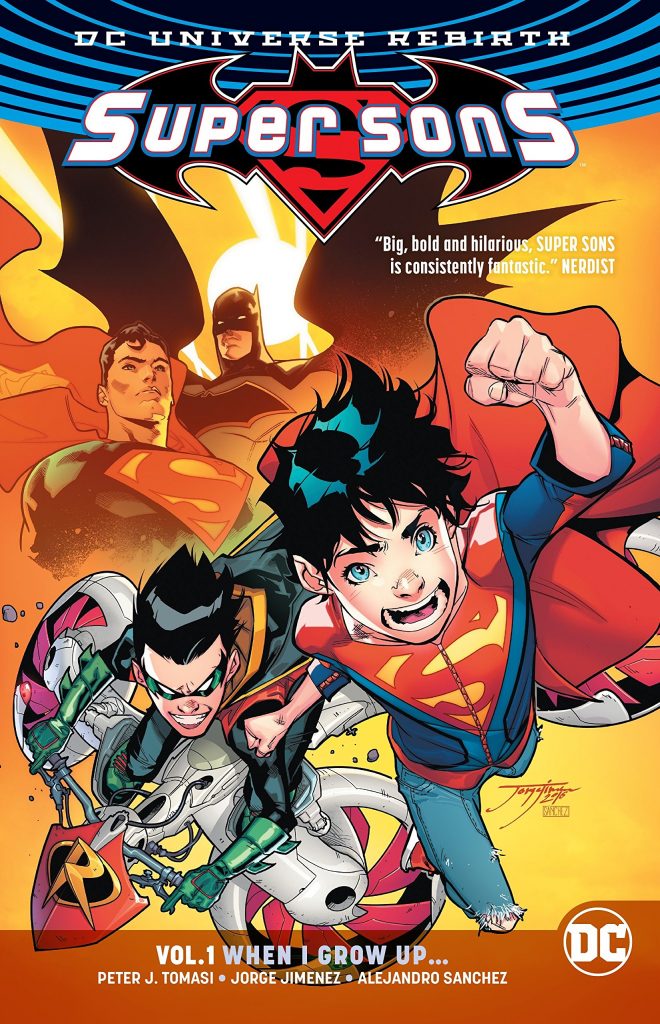 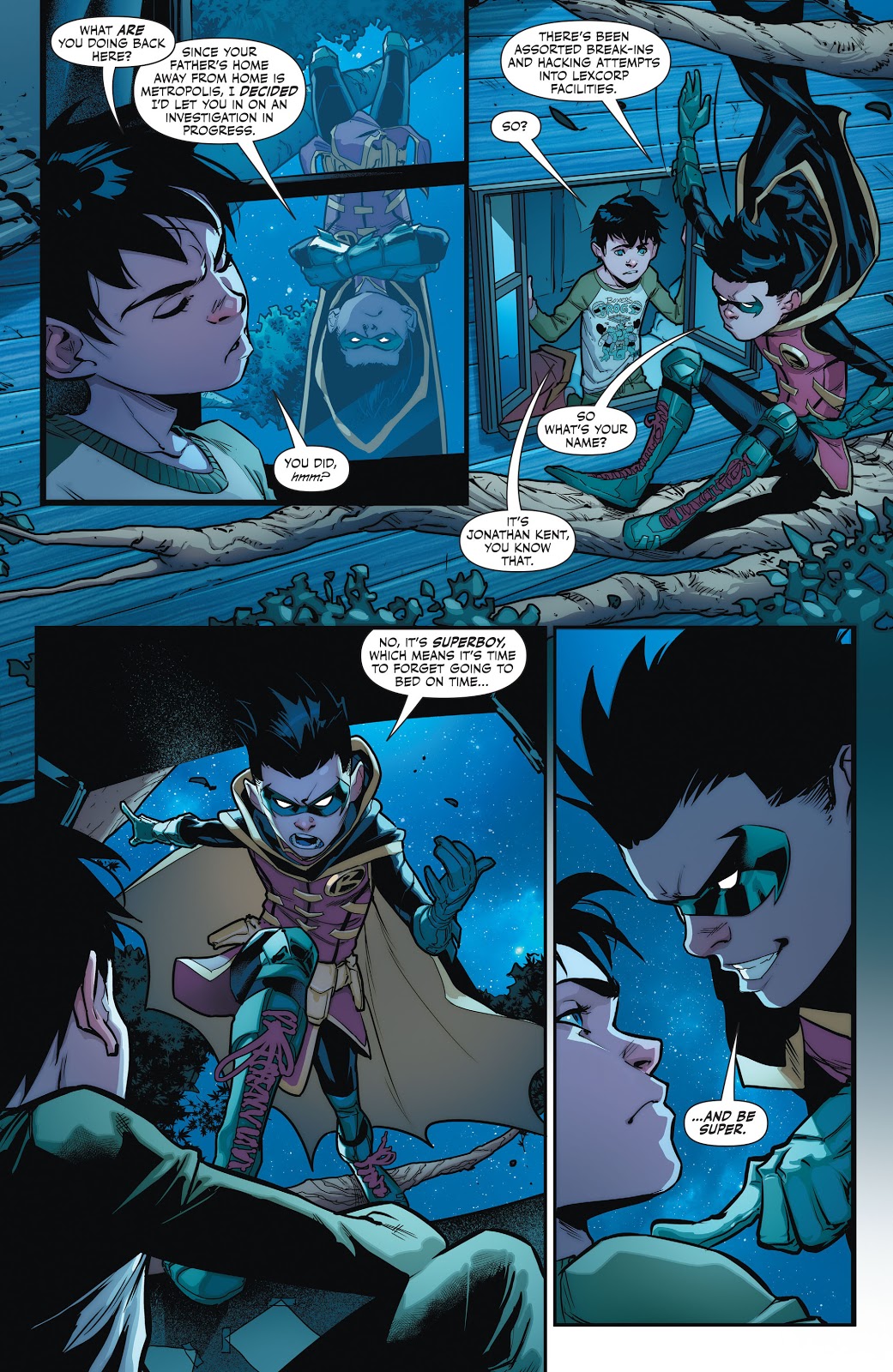 Super Sons unites Damien Wayne and Jon Kent. At thirteen Damien as Robin is already fighting crime with Batman, having been trained since birth, while Jon is a younger ten, and more furtive about his Superboy identity.

Peter J. Tomasi’s applied a lot of thought to the series, apparent in the sheer quantity of notable small touches that build the personalties. Superboy’s superhero costume is a cape with jeans and sneakers, and he acts like a kid not yet fully into his teens, while Robin is overbearingly confident, but Tomasi writes him as far more fallible than he would admit to being. The villains of this opening volume are imaginative, and more than a test for the paired heroes despite their powers, quite terrifying, actually. Tomasi keeps the plot moving at one hell of a pace, and still finds time for an introspective moment or two, although that’s usually when Robin and Superboy are inconveniently trapped.

The spirited writing is matched by the creativity of Jorge Jimenez’s cartooning. His method of almost always having Robin and Superboy in action adds to the impression of speed, and his exaggerated expressions are delight, making good use of Robin’s small mask. Alisson Borges on the final chapter is more conventional, but also good at defining what’s necessary.

As a single adventure the entire story works very nicely, but Tomasi’s also treading a fine line with the characterisation. Robin’s so relentlessly snotty and unpleasant that even the errors of overconfidence aren’t enough to make him in any way sympathetic, and although that’s partially addressed in the final chapter’s character piece, a repeating cycle would be damaging. It’s also interesting that this story appeared in 2017 when years of bullying culture across assorted industries were being spotlighted alongside sexual harassment incidents, the latter leading to DC firing the editor of the serialised comics.

When I Grow Up is followed by Planet of the Capes, and both are collected with the remaining two Super Sons trades in the Super Sons Omnibus. 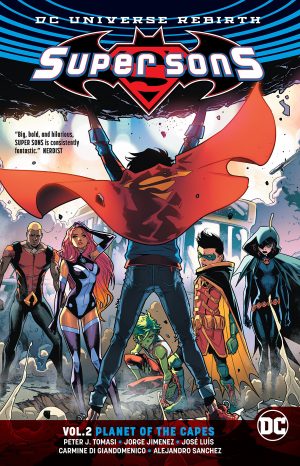 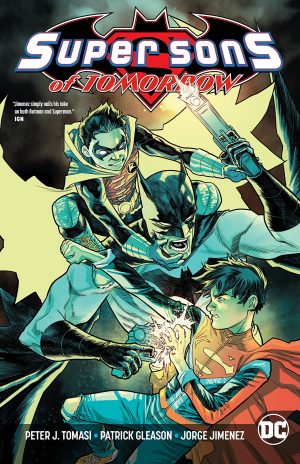 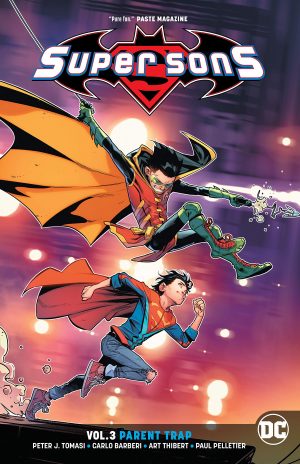