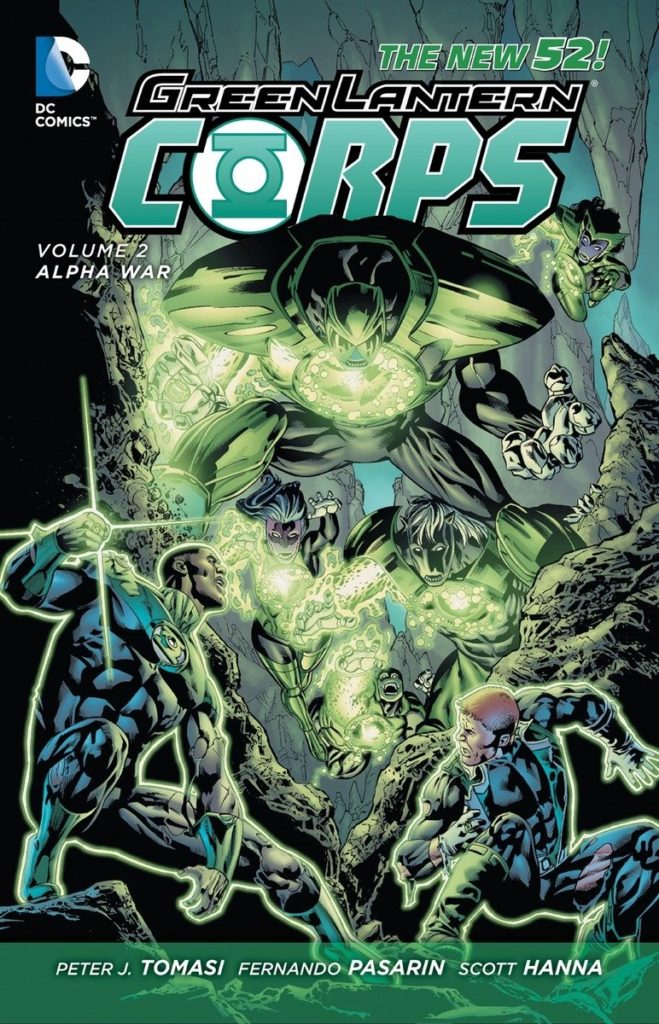 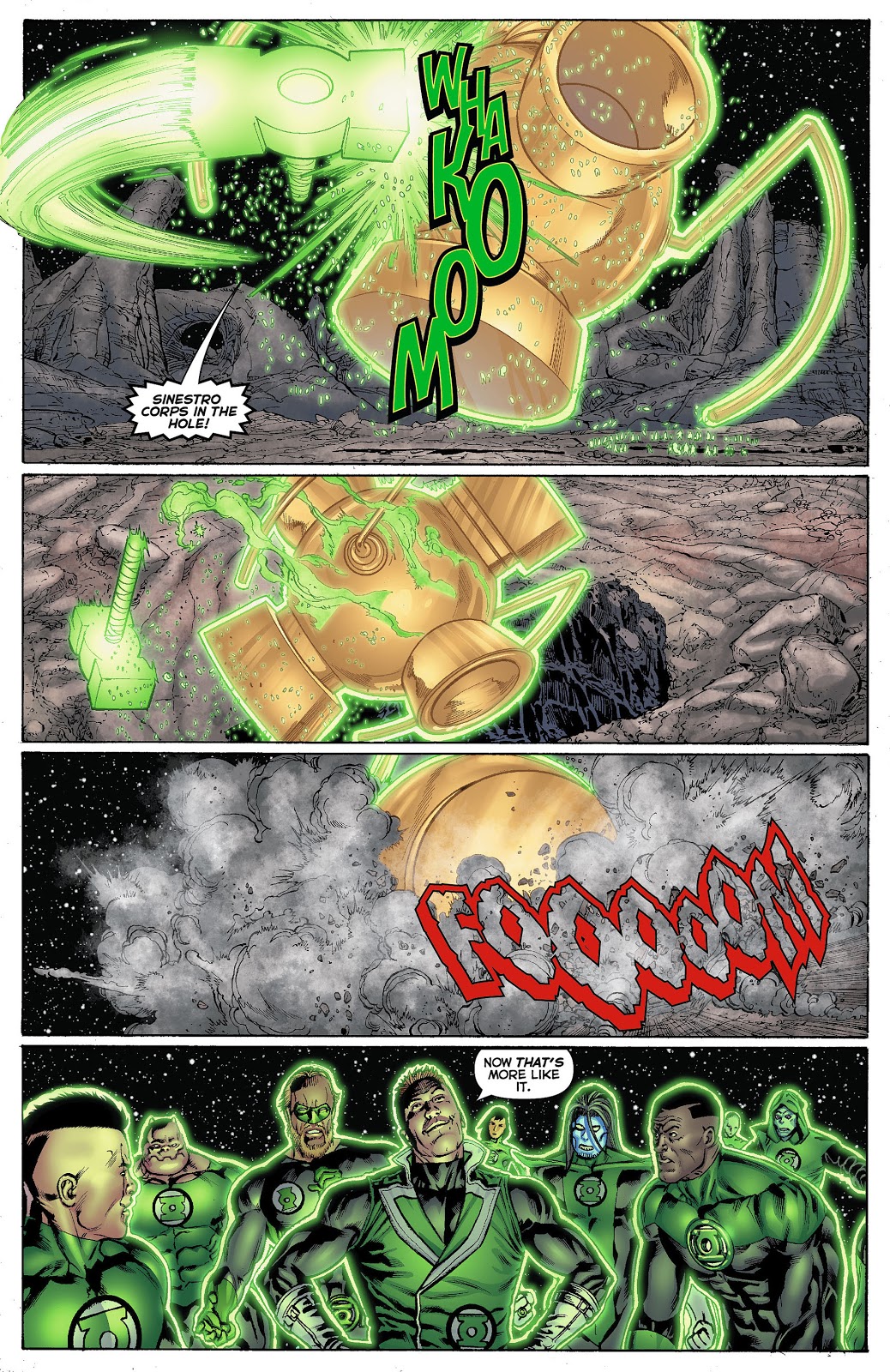 Among the innovations Geoff Johns brought to the way the Green Lanterns are organised was the introduction of the Alpha Lanterns, a corps within a corps stripped of all emotion in order to deal with any situation purely on a logical basis, this being seen as desirable. They’ve further been set up to police the remaining Green Lanterns, and that comes home to roost very early when they don’t like something John Stewart felt he had to do during Fearsome.

That alone presents an interesting ethical dilemma that Peter J. Tomasi explores effectively, and it’s one that polarises the Green Lantern Corps and sets up a revolt against the Alpha Lanterns. From there Tomasi tinkers with Guy Gardner’s background as per a ‘New 52’ reboot, wiping clean elements of his past to make him a former cop drummed out of the force his family has served for generations. Guy Gardner once being a teacher has long been incompatible with the way his personality developed, yet brain damage accounted for that, but making him a disgraced former policeman was more consistent. A physically abusive father is more interesting than the terminally grumpy personality introduced by Tomasi, but what’s introduced here has an effect in later stories.

As before, Fernando Pasarin’s art is staggeringly good. On so many occasions a spread is something to be marvelled at, beginning with a fantastic bar room brawl, but these aren’t gratuitous pin-ups, they’re  incorporated into the story flawlessly. Action and people-packed, time and again they’re breathtaking, as are Pasarin’s design skills on the remainder. Late on during the title story a giant monstrosity is introduced and Pasarin goes overboard with the detail on something that’s just a minor part. Some DC titles of this era changed their artist every chapter, and very few of them could equal the work Pasarin turned out to a regular deadline. Still, other artists are involved, and Cafu is good, just not as good as Pasarin.

Two-thirds of the way through the Green Lantern Corps are sucked into Rise of the Third Army, as the Guardians’ machinations continue with the introduction of mindless warriors only obeying their orders. There is an aspect of contrivance over these chapters, as what the Guardians want to achieve could be resolved more simply than via their machinations. Tomasi tries to pull the wool over our eyes, but it’s unsatisfactory.

Alpha Wars ends with Guy back on Earth. Alternatively the final chapters here and the opening three of Willpower are incorporated into Green Lantern: Rise of the Third Army. This can be read without reference to the bigger picture, but that’s not the case for Willpower. 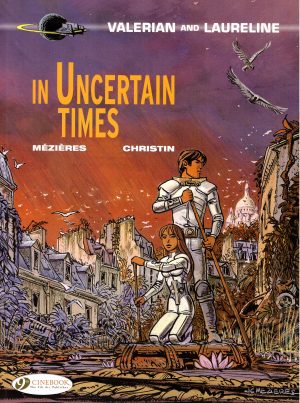