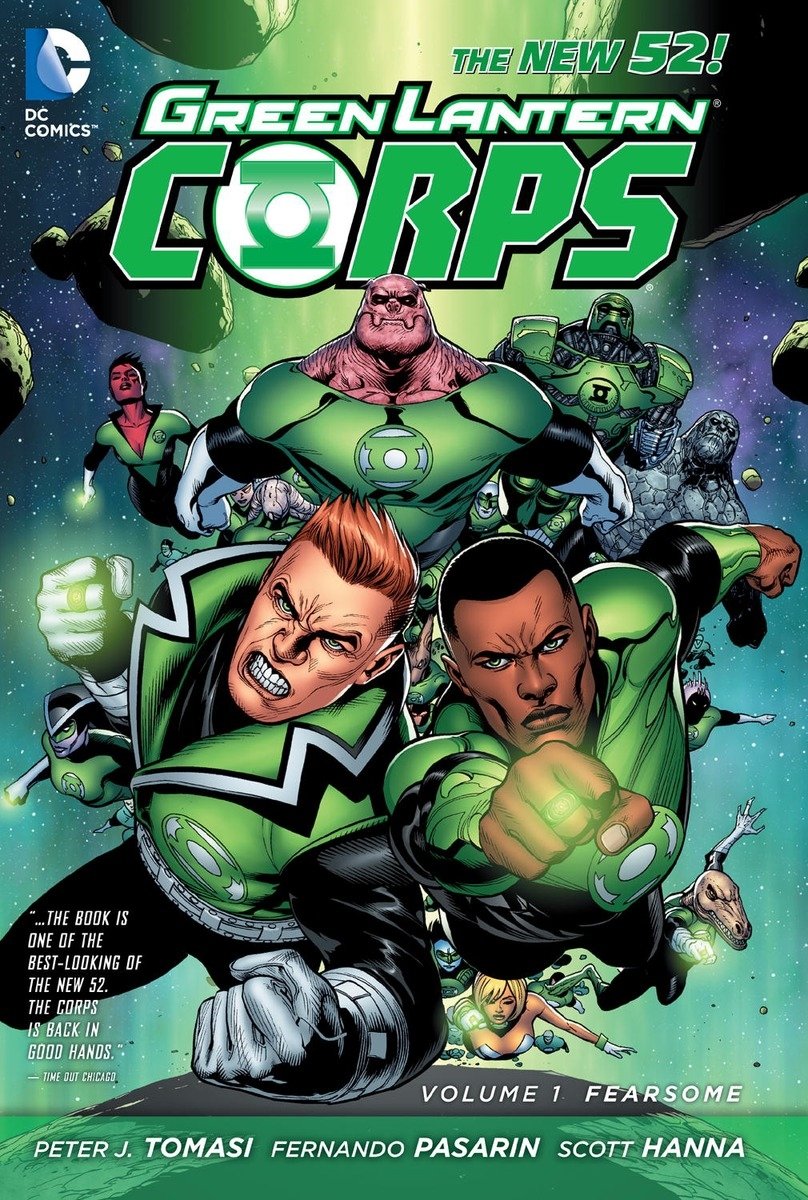 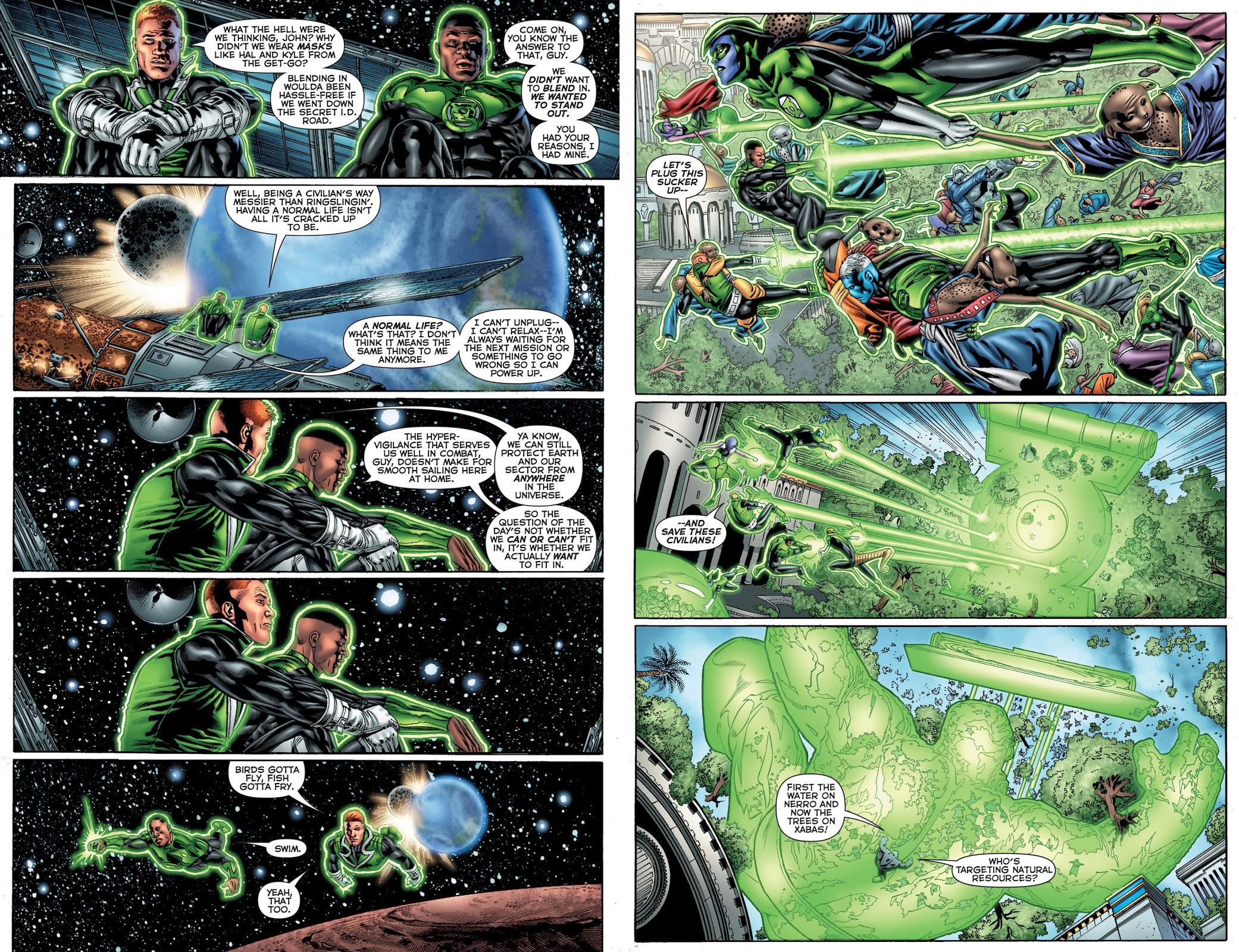 When Green Lantern Corps rebooted with Peter J. Tomasi reinstated as writer, the series tied in far more closely with events unfolding in the parent Green Lantern title, as Geoff Johns’ plots there rippled outward. The most prominent of them to affect the Green Lantern Corps is that their overseers the Guardians of the Universe have become increasingly autocratic and secretive, making decisions that undermine the morale of those serving the better good.

To begin with, though, Fearsome reinforces why Guy Gardner and John Stewart are Green Lanterns, both realising civilian careers on Earth aren’t compatible with peace keeping around the universe. Then they run into a previously unknown race able to withstand the Green Lantern rings. Who’s able to do this and why ties cleverly into the bigger picture.

Fernando Pasarin draws most of the book, and he’s one hell of a workhorse, never shying back from filling his panels with Green Lanterns or those they’re fighting or fighting for. There’s an almost overwhelming kinetic dynamism to it, yet he’s also a very expressive artist capable of nice character touches, the sample art showing both sides of his talents. They come into focus when Geraldo Borges draws some chapters. He’s perfectly acceptable and also makes an effort, but his viewpoints come nowhere near to matching Pasarin’s layouts, never mind his pin-up pages and spreads. Coming closer is Claude St Aubin in an epilogue chapter, although he doesn’t fill the backgrounds as much.

Tomasi weaves mystery and tragedy around the new threat, and there’s a nice interlude when Guy recruits a bunch of disreputable, battle hardened Green Lanterns to help him out. He sits well in that company, but beyond a few off colour remarks not enough is made of them. Still, they’re secondary, and Tomasi delivers the gung-ho man of action we expect Guy to be, and the military man that John is. This comes across especially well in the final chapter’s unpleasant duty where readers know a truth not given wider circulation, although this is applied in a non-judgemental manner. It’s something that will have consequences in the following Alpha War.

Fearsome touches on events affecting Green Lanterns not seen here, but it’s fundamentally a story that can be read and enjoyed on its own terms as self-contained. 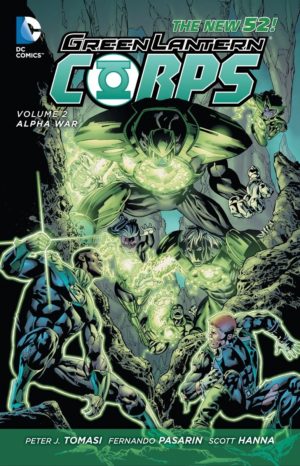 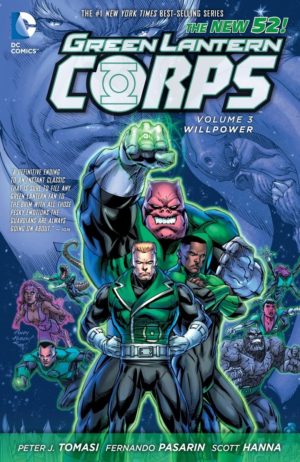 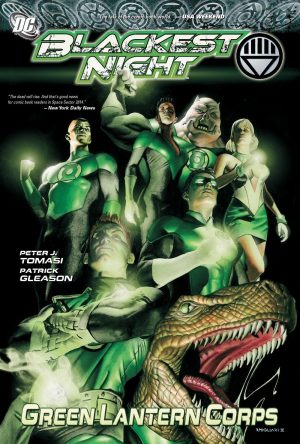 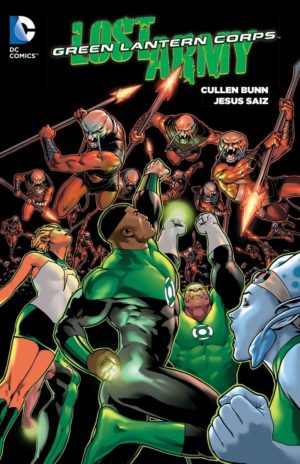