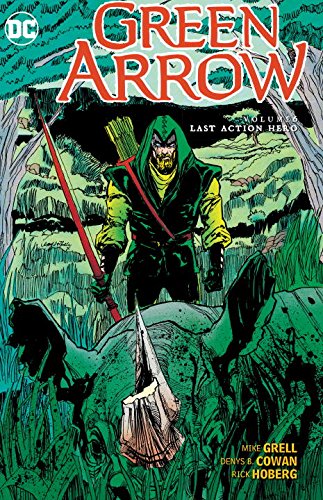 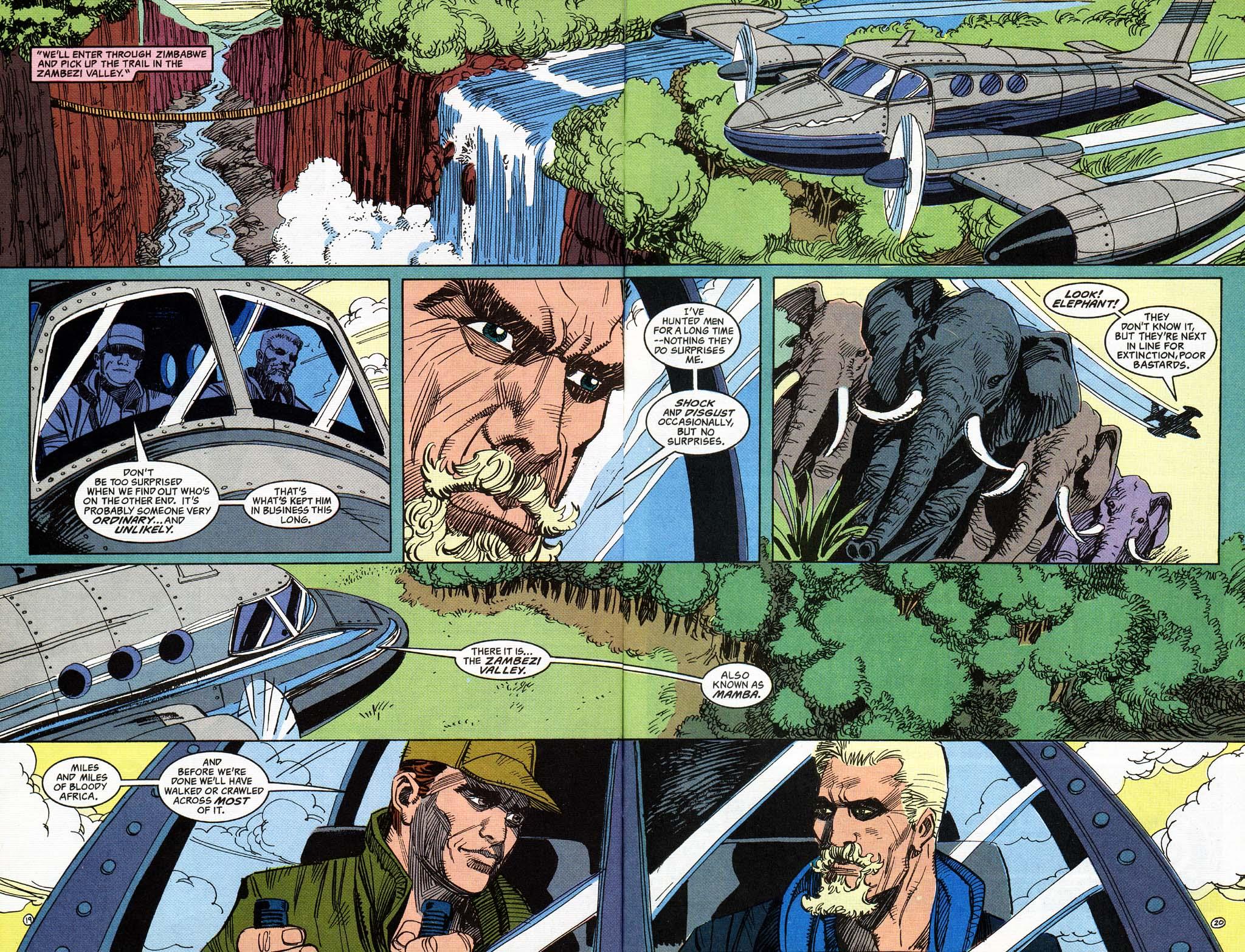 Having restricted their publication schedule to collecting an annual volume of Mike Grell’s 1980s to 1990s Green Arrow, for some reason in 2016 DC upped the release schedule to three collections a year, each packing in more issues, this offering a meaty dozen.

In the opening section Green Arrow has much to ponder after the events of Black Arrow. He’s always considered himself an American patriot, yet other men defining themselves as such have a very different idea of what that entails. Although apologies are made, in the manner of these, they’re minimal compared to the coverage his arrest and slandering received, and it leads to Oliver Queen taking off for some prolonged solo contemplation. It might not sound enthralling, but it’s actually the best sequence in the entire series. The title is partially ironic as the premise frees Grell from conforming with the archetypes of action hero comics, and moves him nearer the TV loner who wanders into town, has an adventure, maybe makes some friends, and moves on again. There’s a spiritual and sardonic meeting with a Native American nicely drawn by Grell himself, an amusing Rambo pastiche that becomes something else entirely, and interludes in Seattle punctuate Green Arrow’s subsequent world tour.

Grell has a point to make or a discussion to start at every stage. What constitutes patriotism is reprised early to good effect, and we have the value of undeveloped land, and the horrors of poaching in Africa. Thankfully Grell’s predicted schedule for the disappearance of elephants hasn’t come to pass. These are all well researched action stories that anyone with a social conscience can enjoy, although Grell’s justifiable anger spills over into preaching in some places. It is tragic to note that of all the issues dealt with in comics originally published in 1991-1992, only the troubles in Northern Ireland have been consigned to history. For anyone who’s followed the series throughout there are some great additional touches, such as Green Arrow being asked if he can hit a man in the heart from distance, and someone well placed last seen in The Trial of Oliver Queen turning up.

While most of the writing’s good, the art is variable. It’s Denys Cowan (sample page) who illustrates more than anyone else, and after Grell he’s the best here, although not the most imaginative when it comes to layouts. His loose and scratchy people are nice, and he looks better when inked by Bill Wray. Floyd Hughes contributes a few pages, and the remainder is drawn by Rick Hoberg. His layouts are more expansive than Cowan, and as long as he’s drawing faces and shoulders he’s fine, but there’s a static posed look to a lot of his figures, and the proportions aren’t always right.

The book concludes with what’s supposed to be the big action finale, but real world events since this was produced has rendered a story about Arab terrorists willing to sacrifice their own lives and those of others for a political statement requiring a more delicate touch. It’s Green Arrow as John McClane, and now comes across as too simplistic. The better portions concern a character now revealed as fatally compromised, and lead into Homecoming.