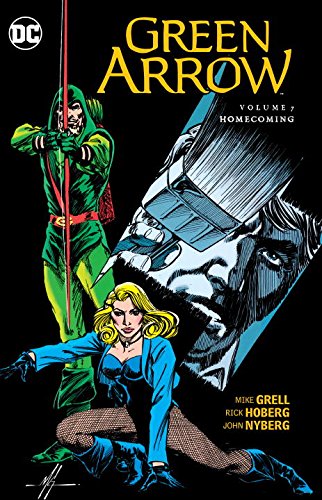 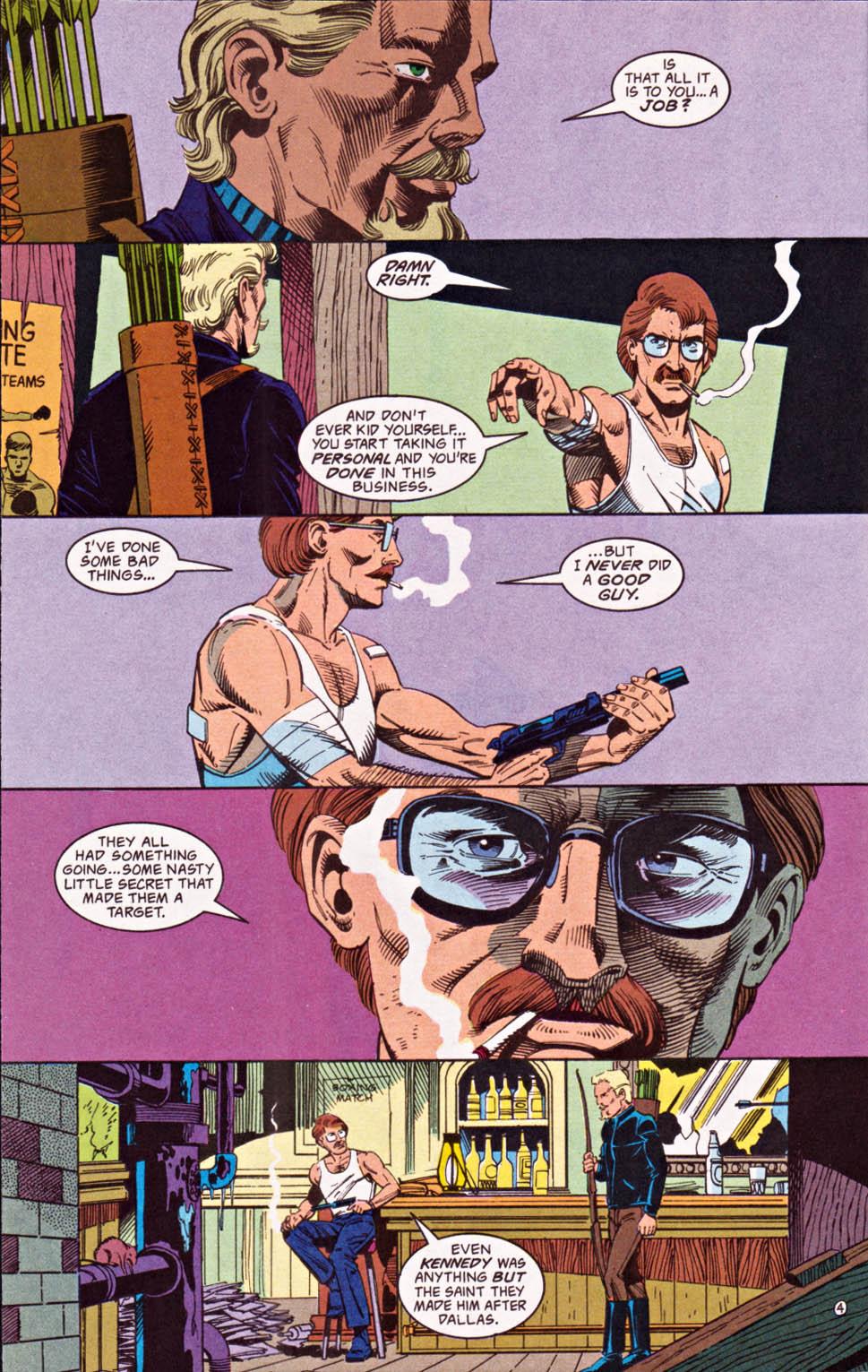 This is a far more episodic collection of Green Arrow stories than the previous volumes, with Mike Grell reverting to two chapter stories. They’re all well plotted, with the level of suspense varying from tale to tale, but beyond the opener they’re lacking the depth that’s characterised Grell’s work on the series to this point. There’s nothing beyond the surface personalities needed to propel an action story, and very little of the strong emotional bond between Oliver Queen and Dinah Lance. Grell’s also beginning to recycle himself. Several aspects of the stories presented here reflect earlier material, and a tale about a horrific and unrepentant sexual predator is very much a re-run of the first story Grell wrote for the series in Hunter’s Moon. There’s a nice ending here, however.

Most of the art is the work of Rick Hoberg, whose pages are well designed, but the figures on them are often stunted, stiff and static, which is a problem when plots feature conversations punctuated by action scenes. There may be a slightly old fashioned look to the work of Frank Springer on the final story, but it’s immaculately drawn, and he packs the panels with people when a protest is required. The other guest artist is Shawn McManus, very good elsewhere, but his cartooning is a poor match for the crime thriller world of Green Arrow, and he’s unconvincing both with the action scenes and the tender moments. It’s a particular shame as the opening chapters deal with a plot that’s been rather well set up during the course of the previous Last Action Hero, and much of its effect is diminished.

Beyond that there’s a return for mercenary Eddie Fyres, whose presence is never good news for Green Arrow, and a radioactive threat. The two best stories are a study in contrasts. For the closer Grell takes a look at both press exploitation and the validity of conscientious objections. It’s the one occasion in the book where giving the story a little more room might have resulted in something more effective, but what there is makes its point well in a community that’s torn apart by the views of others. The other standout again comes with a moral conundrum, and takes a closer look at police Lieutenant Cameron, and the consequences of a decision he made considering it to be for the greater good. It’s also Hoberg’s best work in the book, using an effective motif of a man being hung and gradually descending lower to counterpoint the corners Cameron is cutting in an attempt to have justice at least appear to be done.

This is a patchy collection overall, and the series continues with The Hunt for the Red Dragon.

As a sidebar, it’s a shame these collections don’t include the letters pages originally commenting on the material. Both letter writers and editorial responses were considered and intelligent, and moved well beyond the usual bland praise. Confrontational discussion was welcomed, and the presentation of a black pimp in one of these stories prompted a superbly formulated screed of anger from one Tyrone Yarbrough concerning perceived racist stereotyping. 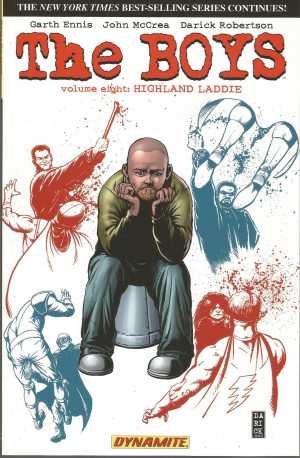 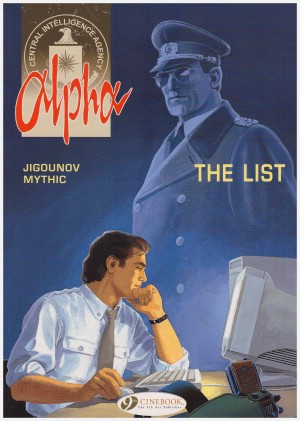