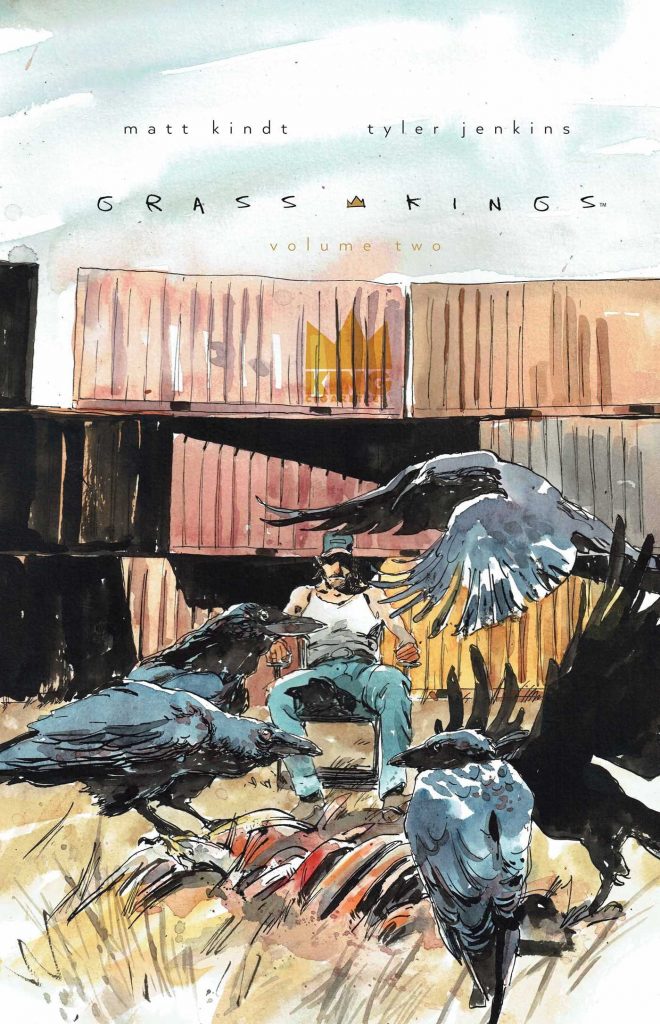 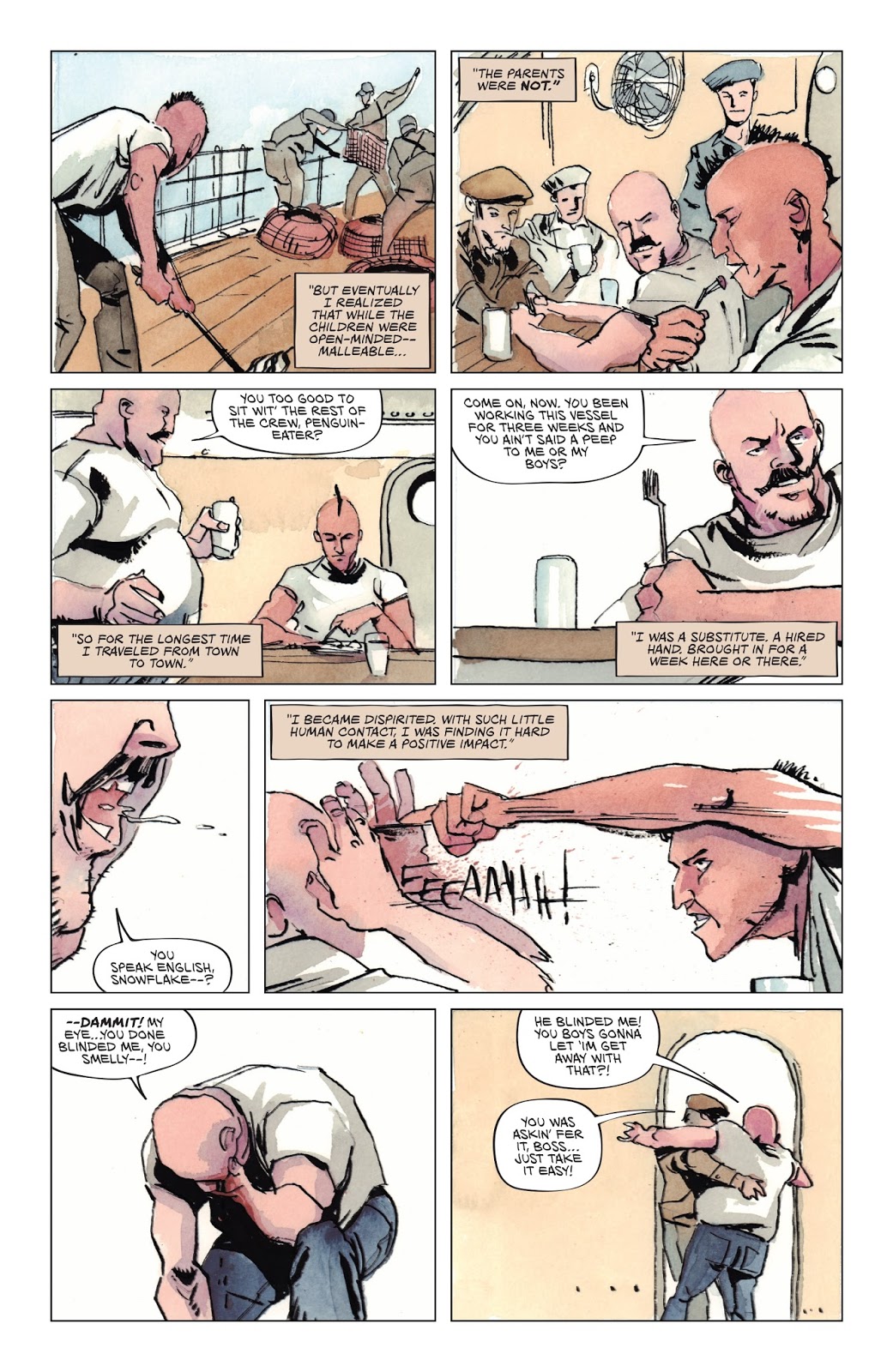 Over six chapters in Grass Kings Volume One Matt Kindt and Tyler Jenkins set up and at least temporarily resolved an escalation between the free community of the Grass Kingdom and their opposites on the other side of a lake. However, one dangling plot thread was Cargill Sheriff Humbert’s belief that the Grass Kingdom is housing a serial killer.

That mystery occupies this volume, as default community leader Robert begins asking a few questions. However, as one of the foundation stones of the Grass Kingdom is a resident’s right to privacy, asking questions is intrusive, and it begins to look as if doing so will undermine solidarity more effectively than Sheriff Humbert has ever managed.

The Grass Kingdom houses uncompromising loners who don’t mesh well with the outside world, but while the community as a whole were seen last time, it’s only Robert and his brothers that we came to know. Kindt changes that with some extremely clever writing. His second chapter spotlights the First Nation Pike alongside the narrative captions of a missing teacher. Her story is relatively ordinary, but when combined with Jenkins showing Pike’s earlier life it becomes a powerful statement as per the sample art. One by one we learn the lives of other residents in the context of the mystery, and even more cleverly learning some answers raises more questions. Not just sly secrets, but massive, kick over the statues secrets. Grass Kings is all about undercurrents, and whole river of them emerges here.

Having defined the entire cast so well once, Tyler Jenkins tops that work with page after page of character-rich art given greater mood by his watercolour washes. He’s good at mood anyway, especially when it comes to space. People inhabit areas surrounded by it, and he gives those locations a sense of isolation. There’s a slight awkwardness about facial features, but when so much is so good, it doesn’t matter.

One interesting aspect is that the whole idea of the Grass Kingdom harbouring a serial killer comes from Sheriff Humbert. Bruce believes him, which is what kicks off events in this volume, but by the end of it we’re no wiser. Has it just been a plan to stir up trouble?

When released as serialised comics Grass Kings Volume One was nominated for an Eisner Award, but this is a step up to the point where it cements Volume Three as a compulsory buy. 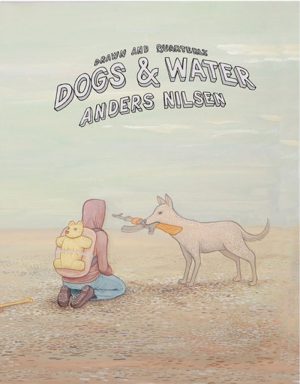