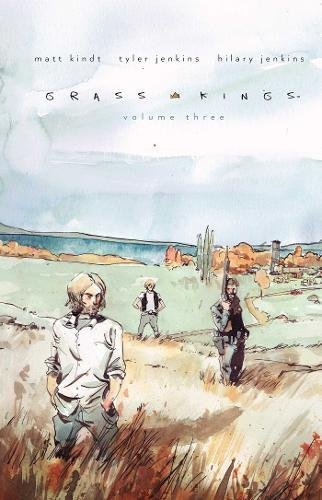 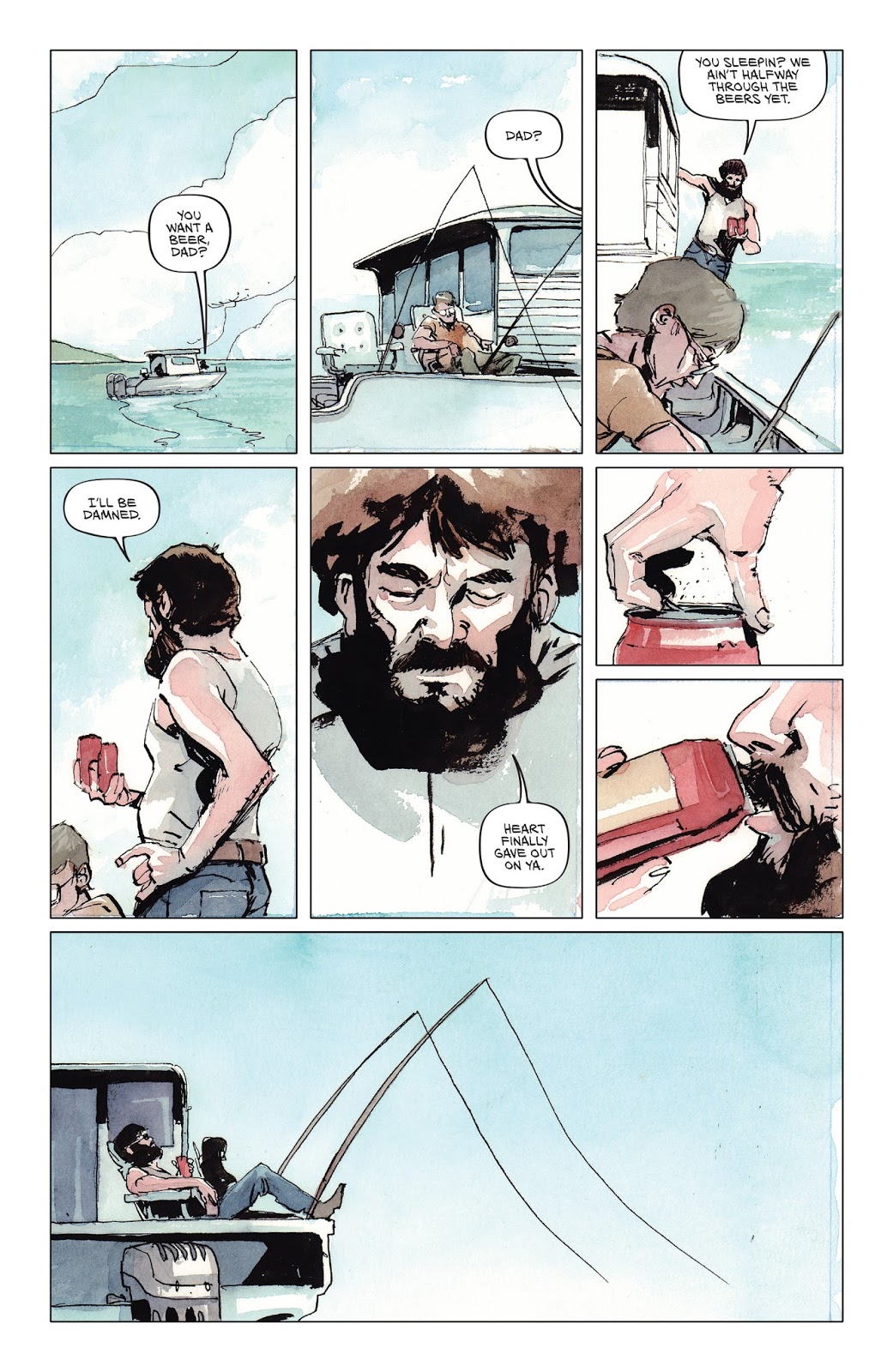 There has been a longstanding grudge between the town of Cargill and the Grass Kingdom, fostered by Cargill’s Sheriff Humbert, and as per the end of Volume Two it seems as if that’s about to explode into full war. Humbert believes the Grass Kingdom is hiding a serial killer, a belief passed on when his father was Sheriff, and he’s called in the big guns. What he doesn’t know is that the Grass Kingdom also have access to big guns.

The secondary matter, although one of considerable importance all told, is whether or not there is actually a serial killer to be found in the Grass Kingdom. The truth of that is settled relatively early by Matt Kindt. There is a serial killer, and the Humbert family have known about them for some considerable time and declined to act. There’s a reason, and it’s as sordid and compelling as so much else about Grass Kings.

As over the previous two volumes, there’s an atmospheric simplicity to Tyler Jenkins’ pages (and a bonus feature showing him creating them). Unlike many other comics, there’s very little separation of the people and their environment. Whereas Wolverine can be dropped in anywhere, even the Grass Kingdom, the likes of Robert, Archie and Humbert are embedded in their area, and there’s a feeling they’d just evaporate if they crossed a boundary. After Volume Two’s tour around the premises, the cast again shrinks, so there aren’t as many people for Jenkins to draw this time, but one resident does come into greater prominence.

While the mood and danger are conveyed, some matters are dealt with all too rapidly, not least the possible invasion of the Grass Kingdom. Another chapter elevating the tension would have been better, because the resolution is certainly a fair number of bullets dodged, but also a pacing error. It’s a blip in what’s another fascinating, character-led drama.

At the end there are still some secrets about the Grass Kingdom and its residents, but whether Kindt and Jenkins will pick up on them is another matter. As matters stand there’s been a satisfying fifteen chapter mystery delving deep into human degradation.