Gomer Goof 8: A Giant Among Goofs 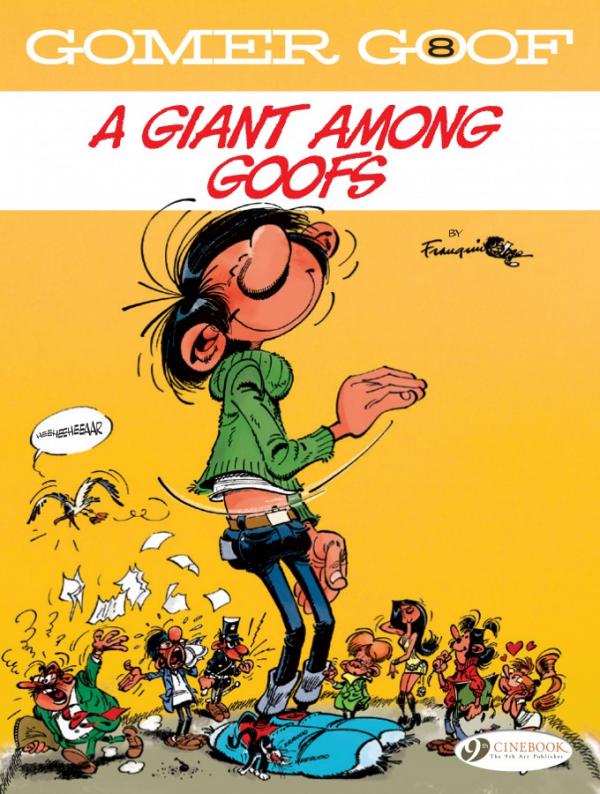 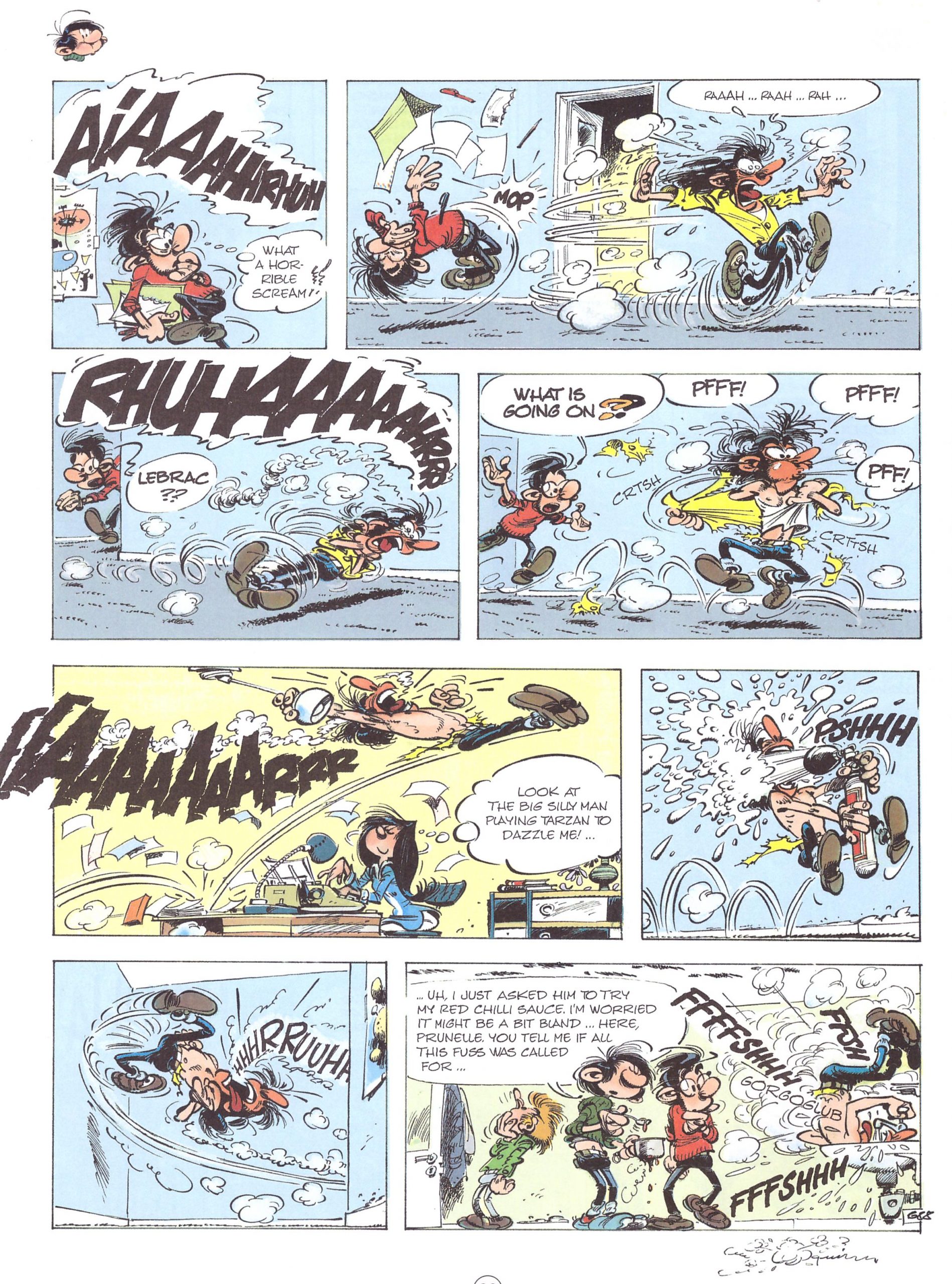 With this selection of single page strips from 1970-1971, André Franquin is well into peak era Gomer Goof, his 1970s work having begun in Gomer, Duke of Goofington. The cartooning has a pure, technical brilliance, looking scruffy, but beautifully poised and posed, and the creativity becomes ever wilder. At it’s smallest this is exemplified by Franquin’s end of strip signatures now always having a connection to the individual strip, and being wonderfully imaginative little punchlines. One is spattered as if shot, one ingeniously incorporates a fishing pole, another a parachute, and one has half the signature missing due to a ceiling falling through the strip.

The strips themselves are even more beautifully illustrated, Franquin a master of movement and exaggeration as seen on the sample strip or Gomer shambling through the fog as if a monster. The sample is hardly an original joke, although probably more so in 1971 than today, but Franquin’s manic illustrations sell the idea better than any previous version you’ve seen. It’s the same for other aspects of physical comedy, such as Gomer sliding around on ice, or the effects of an elasticated phone cord, yet Franquin’s mastery also works with the simple idea of Gomer sleeping while standing, and being toppled by a cat.

As ever, Gomer’s misfiring inventions are the heart of the jokes, and Franquin extends the lunacy into chimney-cleaning rockets, automatic sliding doors, and a small car strangely pre-empting Clive Sinclair’s 1980s C5. In one strip Franquin comments amusingly on the design similarities between various electrical devices, such as how an electric razor resembles a transistor radio. Gomer’s relationship with his boss Prunelle becomes ever more combative, wise to Gomer’s nature if not always aware of what he’s doing, and there’s even a brief return for the Goofophone.

In the UK there’s a tendency to look back on the work of 1950s British creators as the pinnacle of all ages comedy comics, yet Franquin matches the best of Leo Baxendale, Ken Reid and Dudley D. Watkins. It’s another five star collection, with Good Golly Mr Goof to follow.