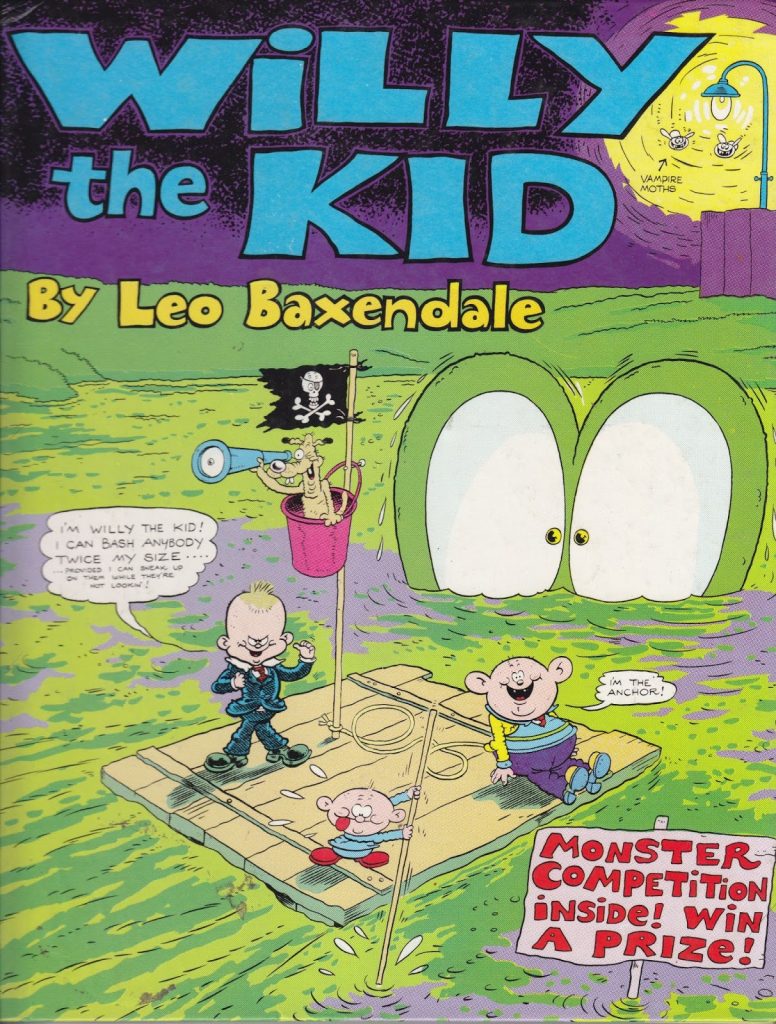 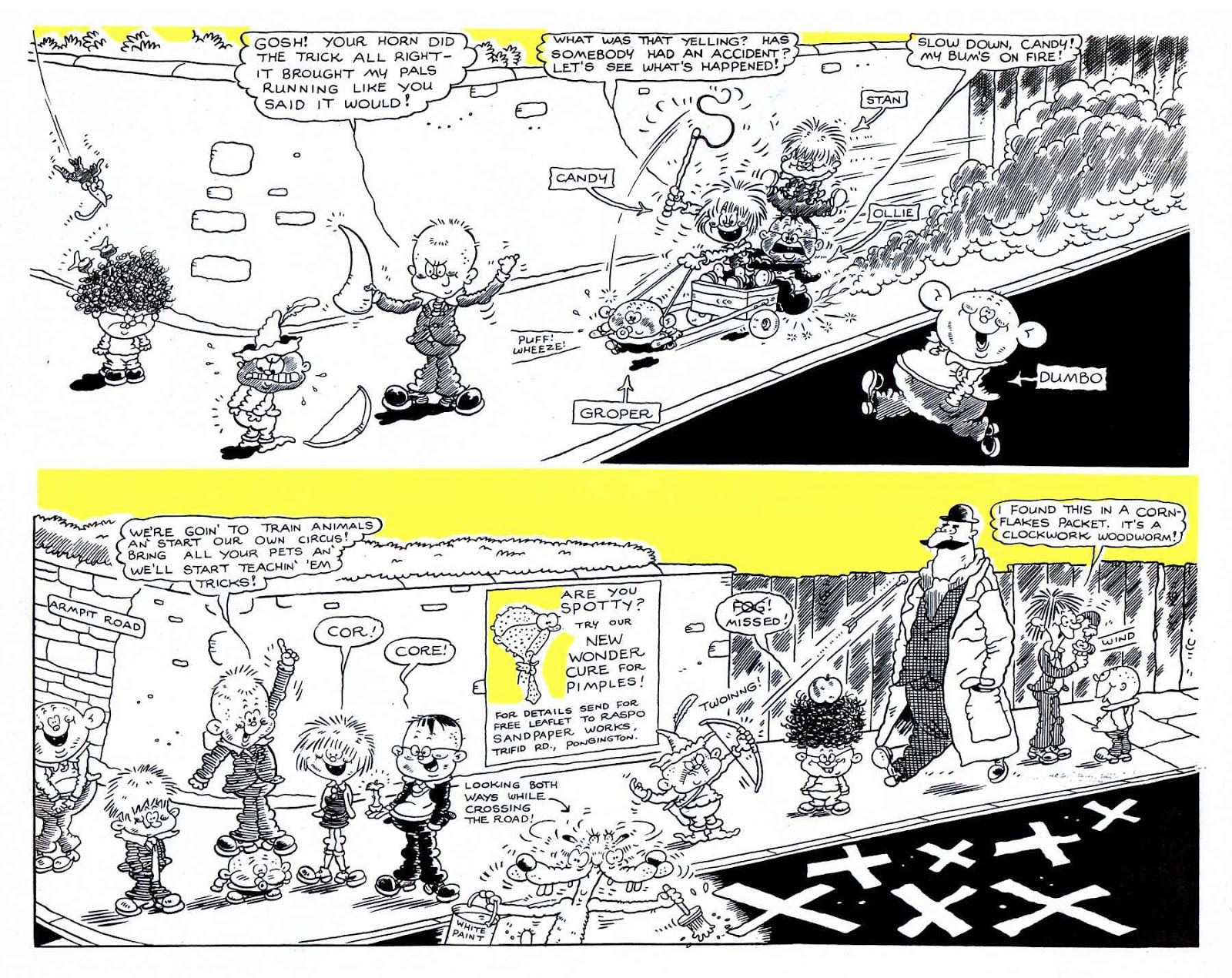 Is there anyone seriously able to challenge Leo Baxendale as Britain’s greatest and most influential children’s comic artist? By 1975 he was thoroughly sick and tired of his trade, outraged at comic publishers constantly reprinting his work without any further payment. That was before considering the succession of artists working in his style. The arrangement he made with book publisher Gerald Duckworth was that he’d create enough content for a single Willy the Kid annual each year, restrict his comics work to that, and this would be a proper publishing deal, with royalties for books.

That being the case, Baxendale poured his heart into this first Willy the Kid book. In an interview Baxendale once memorably compared the pressure of producing children’s comics to having the ideas sucked out by vacuum cleaner, yet freed from those shackles the gag density here is phenomenal. His pages had always been busy, but Willy the Kid takes that to new levels, only using large panels, and packing those panels with background gags, often providing a second continuity counterpointing the main story. Little visual jokes are annotated, signs and comments plaster the art, and surrealism is rampant. A succession of panels takes place in a pair of neighbouring back gardens, Willy struggling in one, while Baxendale’s joyously changes who’s looking out through the windows in every panel. Daleks, and Hitler with a group of generals is topped by King Kong, a monster eye and forehead pressed directly against the window pane. This was years before Gary Larson’s famous gag panel about objects in a car’s side mirror being closer than they seem. Baxendale had always been an artist with an evolving style, and twenty years on from his creation of the Bash Street Kids worked with a thin wobbly line, Willy and other characters almost constantly teetering.

Baxendale was also socially progressive, and however surreal his strips might turn out to be, finally given the freedom to do so, he incorporated real world issues. A Christmas strip features a child younger than Willy whose father has lost his job, so he won’t be getting any Christmas presents, while a black kid is making a black snowman. That may now transmit as a racist joke, but bear in mind that during the mid 1970s a significant amount of black kids in England never saw any acknowledgement of their existence in British comics other than in outdated Empire stories. It’s also noteworthy that while Baxendale’s earlier characters introduced mischief to comics, Willy can be downright nasty, behaving as capriciously as children often do without realising the consequences. On the plus side he manages to raise money for the poor kid’s Christmas, on the minus it involves constantly keeping him crying to guilt the money from those inside their houses.

Despite a glorious career beforehand there’s a strong case to be made for this being Baxendale’s finest work, the sheer delight at his freedom prompting joyous comics, added to which he was finally able to filter in social issues he cared deeply about. Book Two duly followed a year later. 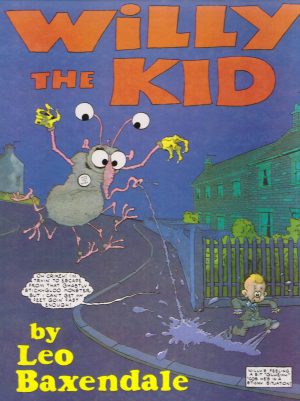 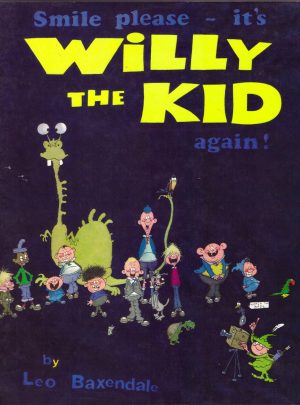