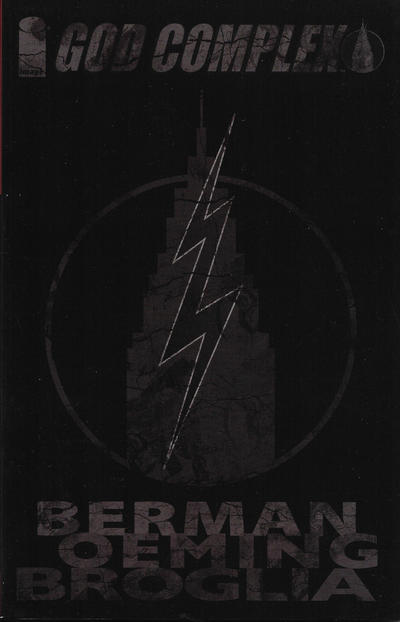 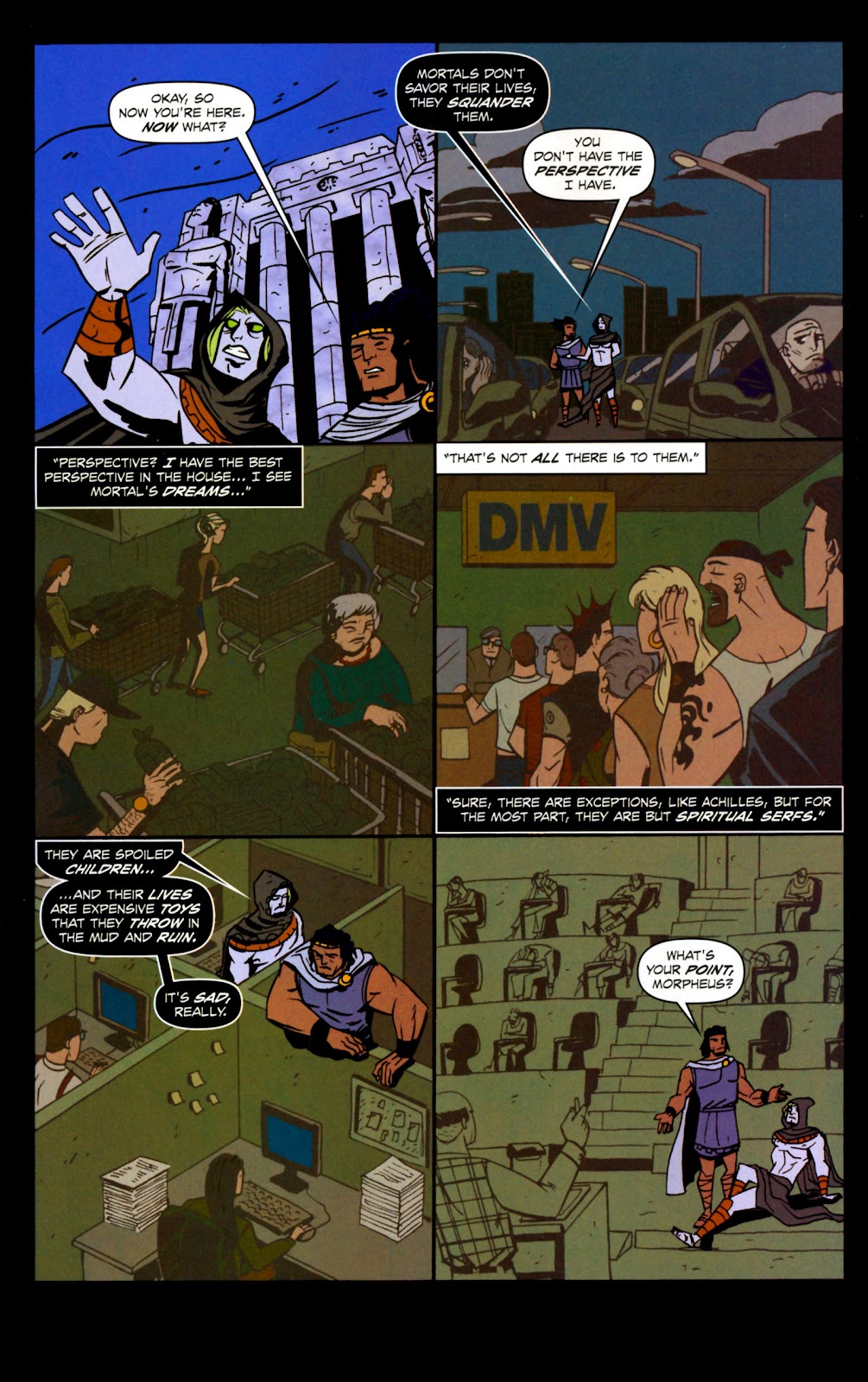 A black cover on which it’s difficult to make out the details about sets the tone for the disappointing God Complex, which is a shame as the starting premise is interesting.

The old Greek/Roman gods are still with us, but they’ve just moved into corporate control. Apollo, though has had enough of the collective attitude, dependence on life-prolonging ambrosia and considering himself better than humanity. He’s planned long, and can now tender his resignation and disappear, content working in a New York diner and lusting after the owner from a distance. That however, changes when the local protection racketeers arrive and ‘Paul’ has to break his cover to save his friends. It draws wider attention, and Zeus has reasons for wanting Apollo back on board.

Established talent Michael Avon Oeming earns his co-plotting credit for working on the first four chapters of seven, but his influence is all over God Complex, especially in John Broglia’s art. The comparison is so strong the pages seem to have been laid out by Oeming, but as of God Complex Broglia’s a very promising cartoonist needing to refine some basic techniques. Even accounting for style, too many people are distorted, poorly put together or lacking depth, and they’re a constant distraction from the better aspects of the art.

Dan Berman is the primary writer, but for all the possible spectacle of the old Greek gods, he doesn’t provide enough motivation for the cast over the early chapters. Paul seems to be rebelling against an attitude, because as portrayed, his parents and siblings are no more arrogant and self-serving than most portrayals of those found in boardrooms. Giving up his immortality makes little difference in the present as he’s still a super-strong and bulletproof hulk, and if he’s stashed away significant amounts of money why work washing dishes? Love is the later-revealed motivation, which is more credible.

When the mythical beings make their presence felt it’s in battles that are prolonged, but standard, which leaves God Complex lacking a USP. Readers of the original series seemed to have felt the same way as the seven chapters here bring some matters to a close, but have barely scratched the long term surface.

For some reason Amazon only list the digital version, so the links are to these, but the paperback is available elsewhere for those who want it. 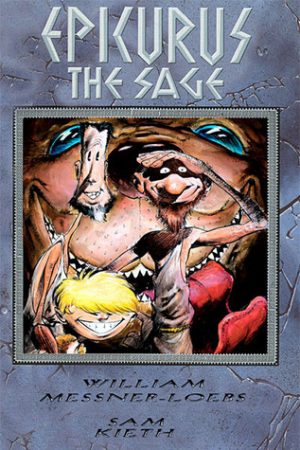 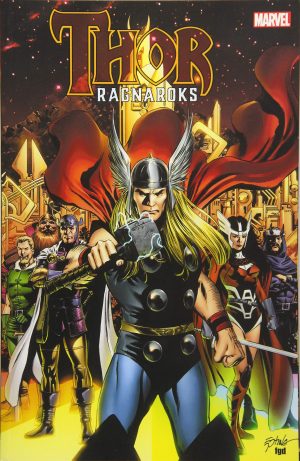