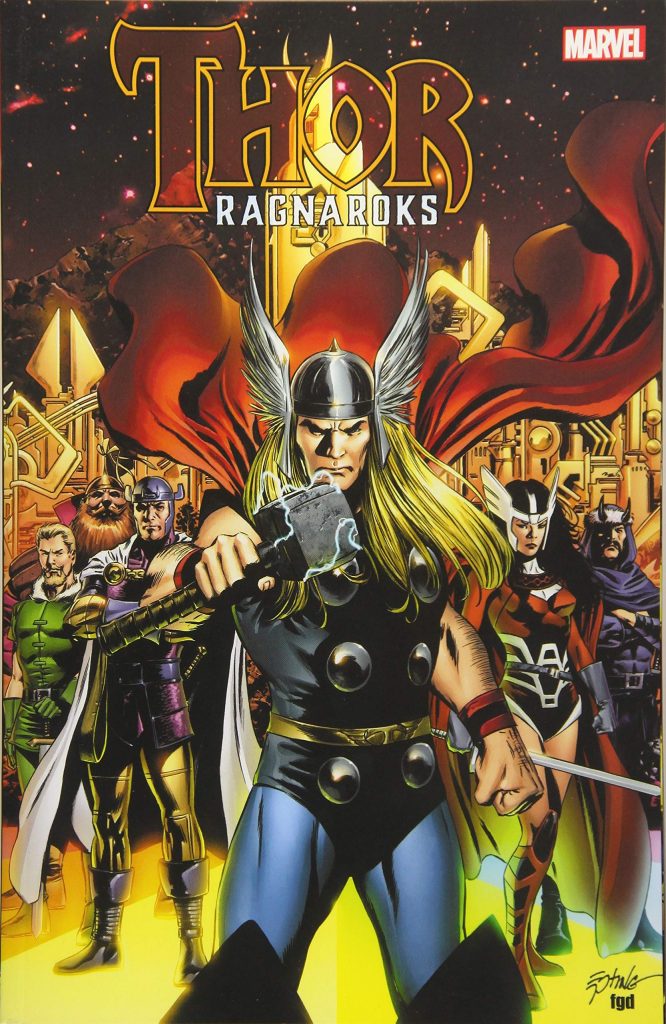 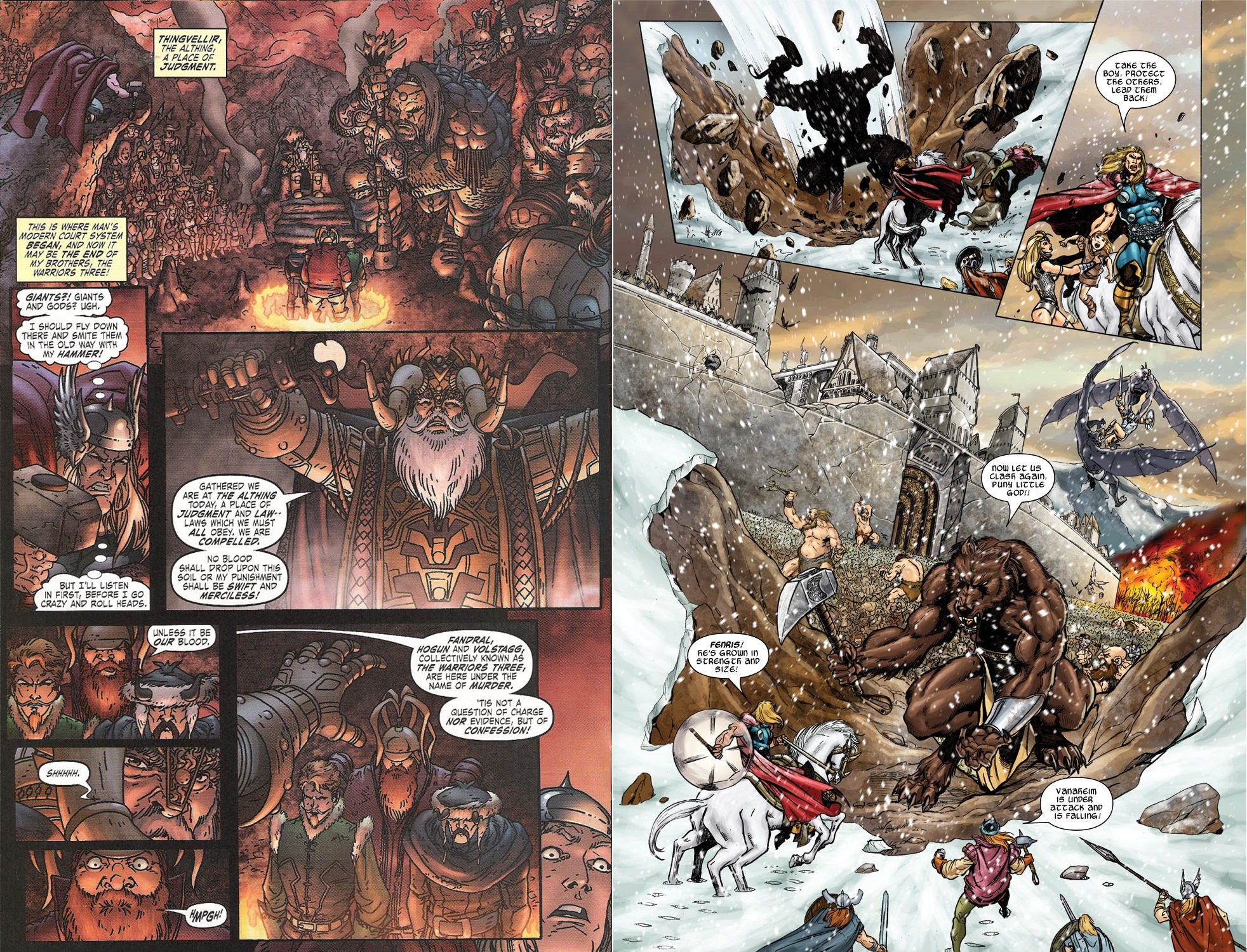 While opening in the present day with a battle against the Absorbing Man, Blood Oath is squarely olde worlde fantasy Thor, on a quest to gather assorted items in the company of the Warriors Three. The twist Oeming throws in is that these assorted other items are in the possession of gods from other pantheons, so while there are occasions when full on battle is necessary – would we expect anything else from Hercules? – guile and diplomacy are also required. Scott Kolins’ art looks better for being reduced to standard comic size than it did for the original oversize publication, and he’s enjoyed drawing the various exotic locations, which are lushly realised. Oeming’s dialogue is clumsy in places, and the ending is rushed, but this is otherwise a fun, six chapter romp.

Oeming shares the writing with Daniel Berman for the other two stories. The end of the Gods when first noted in Thor was a threat with some weight, but Ragnarok has now occurred several times, and its repetition means creators using the plot have to pull out all the stops. Oeming and Berman manage this through the logic of Loki tracking down the mold from which Thor’s hammer was forged to create duplicates, arming some enemies of Asgard, and then supplying shocks showing almost anything can happen. Artist Andrea Di Vito completely supplies the chaos of giant battlegrounds featuring fantastic beings, the clash of the impossible and the improbable, but to begin he’s not as splendid and for sequences such as Captain America and Iron Man visiting Asgard, he can’t muster the same enthusiasm. Oeming and Berman draw heavily on the actual Norse mythology, weaving it well to their own ends and adding some interesting new wrinkles to old stories. While fun overall, if tragic for the Asgardians, the longer the plot continues the more there’s cause to wonder why with this level of success the assorted villainous presences hadn’t previously united. Many major threats from other Thor tales appear, and all are intelligently used. The ending would have been great standing alone, but was of course undone by the rapid need for more Thor comics.

It’s a shame the same thought wasn’t applied to Oeming and Berman’s finale, also drawn by Di Vito, and originally published as Stormbreaker. It stars Beta Ray Bill, alien substitute Thor, cast out of the previous story to this. It’s a three chapter plot extended to six, veering all over the place, unconvincing and unfocussed, one chapter a cosmic threat, the next a team-up with Spider-Man. Di Vito does his best to make some sense of it all, but it’s difficult to believe this is the work of the same writing team whose title story is intelligent and engrossing. It ends Ragnaroks disappointingly, and reduces the overall rating.