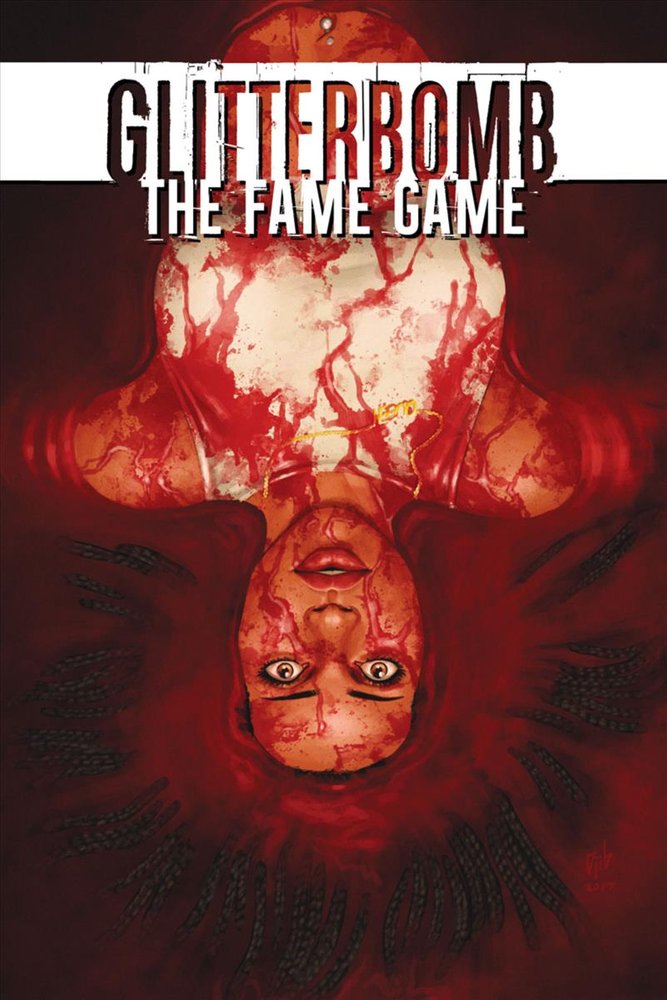 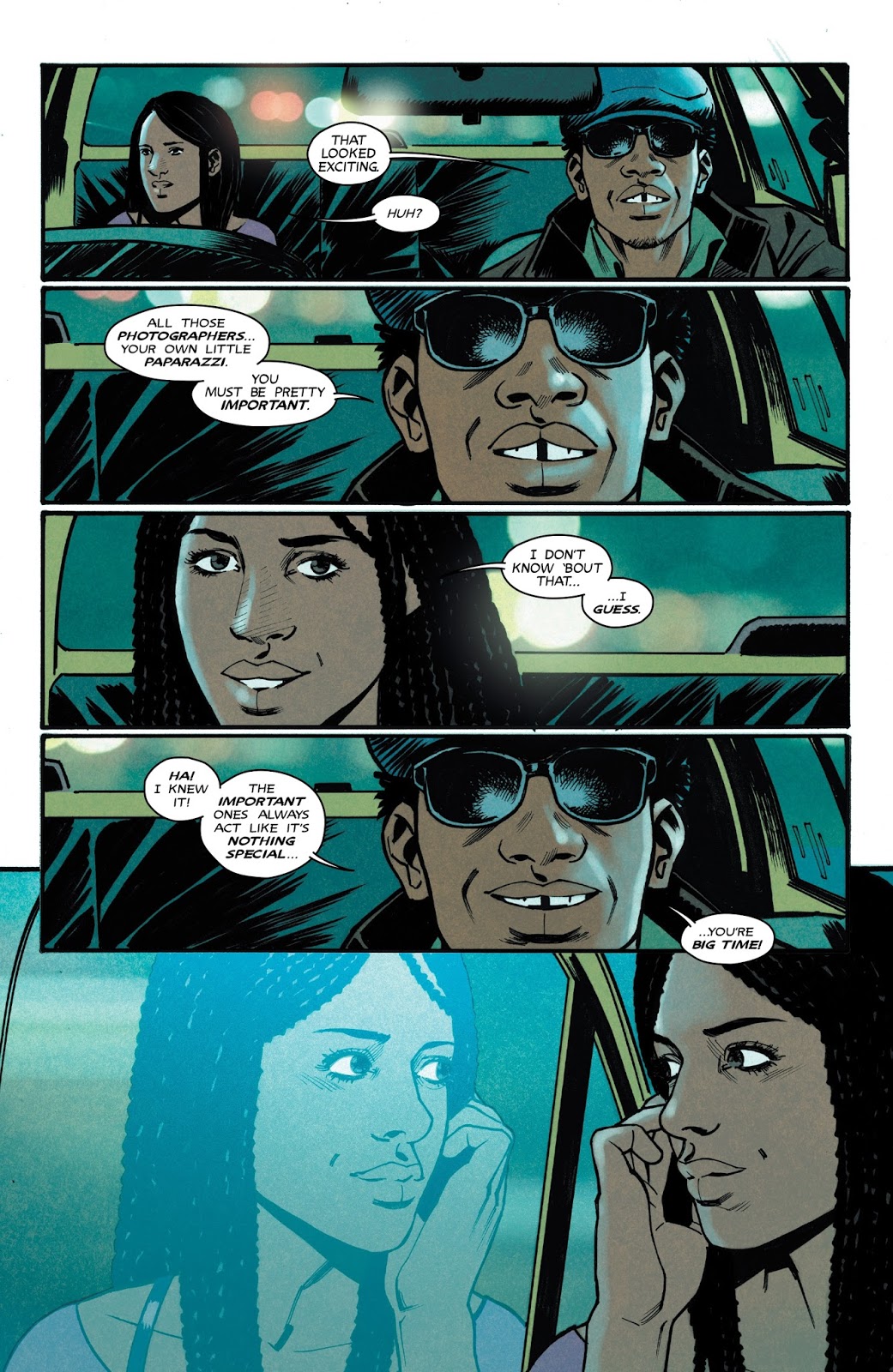 Glitterbomb’s first volume was a smart condemnation of Hollywood’s poor practices allied with a novel horror story giving forty two year old actress Farrah Durante the means to fight back. The ending to Red Carpet, however, didn’t suggest much possibility for a sequel, yet here we have The Fame Game.

The spotlight switches to sixteen year old Kaydon Klay, Farrah’s babysitter, already characterised as desperate to sell her soul for fame despite Farrah’s best advice. Interest in her has rocketed due to her connection with Farrah, and therefore with the events of Red Carpet. Jim Zub opens by noting there’s no tragedy too sensitive to be exploited by Hollywood, and Kaydon discovering that perhaps there are undesirable aspects of fame, however new it might be. Her vulnerable personality transmits well, engendering sympathy despite her foolish attitudes, and the concern is that Kaydon will submit to her desires.

In Red Carpet Djibril Morissette-Phan wasn’t the most convincing artist, coping well with the horror, but not as effective with the day to day moments. The Fame Game displays greater storytelling ability, the layouts being more interesting and the emotional connections much improved. He brings out the complexity of Kaydon’s mother, whose experience and knowledge leads her to clash with her daughter.

Zub’s very good on the character moments, but slipshod on a couple of occasions where he patches up his plot with duct tape. One of those involves police detective Issac Rahal, seen last time, but forced into The Fame Game, perhaps because Zub had future plans for him. As might be expected for a collection including essays from Holly Raychelle Hughes about her disturbing TV experiences, Zub slashes through the feeble real world justifications given for inexcusable behaviour by people who’d exploit a schoolgirl. And the murders notwithstanding, perhaps the most horrific page is the montage of social media comments, ordinary people proving even more hateful than the exploiters.

While the ending’s triumphant, it’s also too easy, leaving much unanswered, again possibly for a sequel still to appear. It leaves Glitterbomb with a lot to say said very well, but not as satisfying as it might have been. Don’t miss Hughes’ contributions at the back. They’re not as visceral as the recollections in volume one, but continue to be profoundly unappealing.