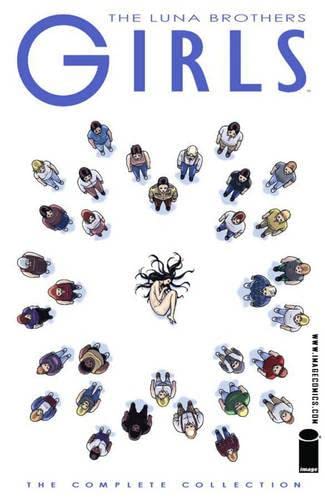 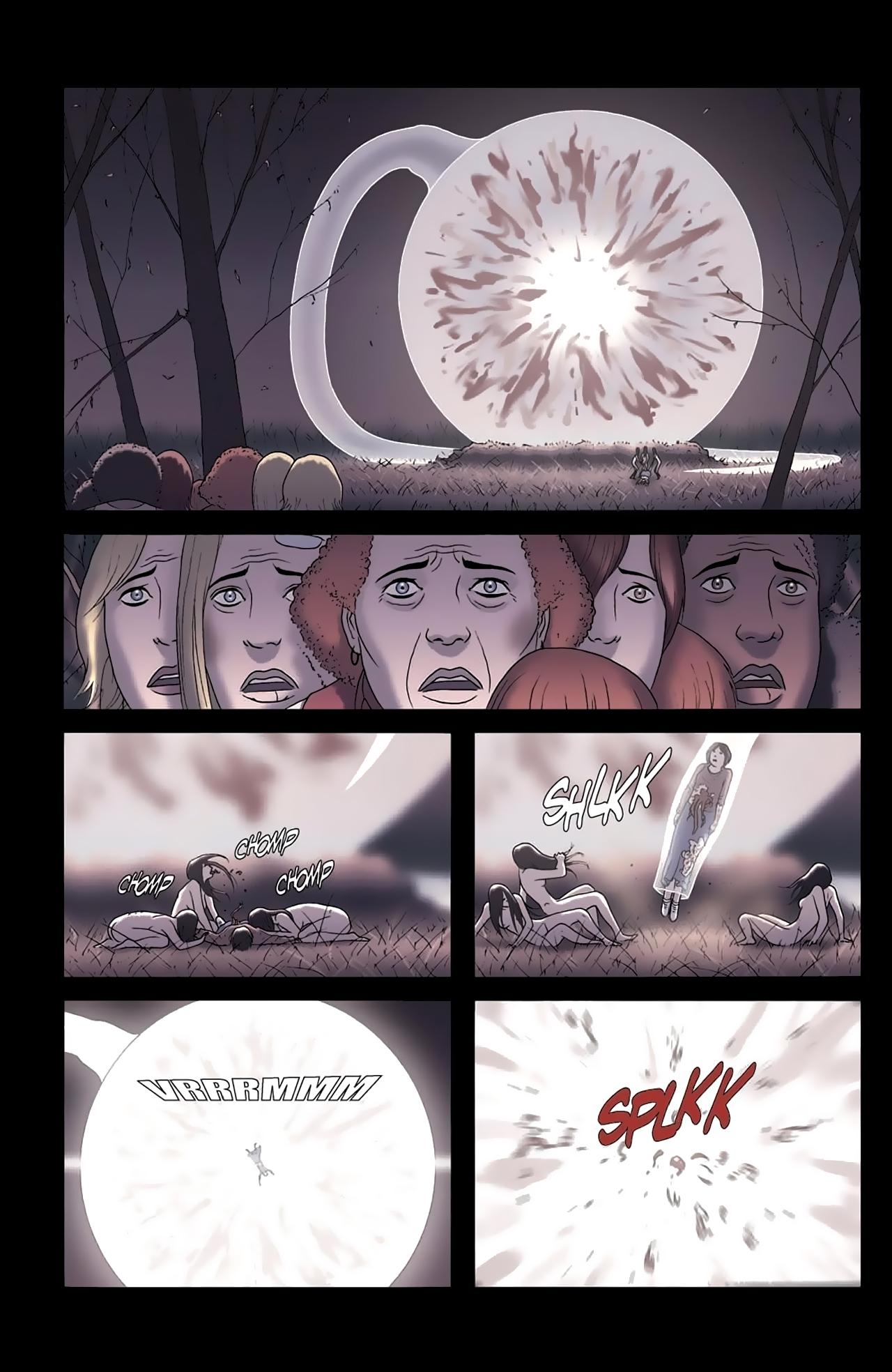 Girls is a 24 chapter horror story exploring the disintegration of a small rural town, with Jonathan and Joshua Luna sharing the writing and art. The means to an end is the arrival of initially just one naked woman emerging from the woods at the side of the road as a drunken Ethan drives past. To begin with Ethan is the major focus, seen making some poor judgements culminating in a major public blowout that makes his position extremely awkward for everything that follows. Much of the town has reason to resent him, and time is well spent introducing the assorted residents at the start as their resentments play out over the remainder of the story.

While very inventive in some respects, Girls is traditional in others, and it’s not long after the start that Pennystown is sealed off from the wider world by an impenetrable barrier, enclosing the residents. While there are places where the Luna Brothers make threatening use of local wildlife, the primary concern is the increasing number of feral naked woman, intent on murdering the town’s female residents. Ethan made a mistake, secrets are kept, and the results threaten everyone. There are already fractures in town life, a sexual assault some residents feel wasn’t adequately dealt with, and the young Deputy Sheriff is faced with circumstances well beyond any training, and a gradual erosion of authority.

While the idea is good and the relationships between conflicting personalities well planned, what Girls desperately needs is an injection of pace. The middle section is very, very slow, and although everything that happens is foreshadowed, by the time it actually happens there’s the feeling it’s been contrived to drag matters out further. Set against that, Girls has a considerable amount of funny scenes, some genuinely laugh out loud.

While The Complete Collection is desirable for gathering the entire story, the oversized format is designed to showcase the art at its best. The Luna Brothers put the effort in, filling panels and backgrounds, and delivering much of the story showing full figures. There’s also an appropriate sense of wonder to the stranger designs, and while the figures can sometimes be a little stiff, the wide cast are distinctively designed in order to differentiate them.

The ending will polarise for not really explaining much about the circumstances. However, view that as irrelevant with the primary purpose being to show what happens to a community falling apart under extreme stress, and there’s a connection from start to finish.

The Complete Collection should be approached with caution as many comments online note the poor binding, which just shouldn’t be the case for a premium item. If you don’t want to take the risk, the entire story is contained in four paperbacks titled Conception, Emergence, Survival and Extinction. 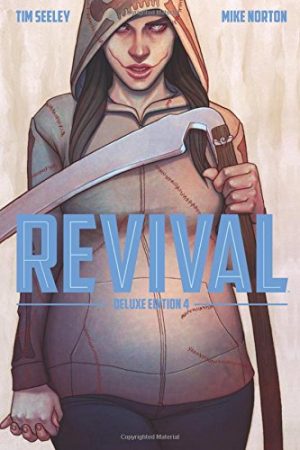