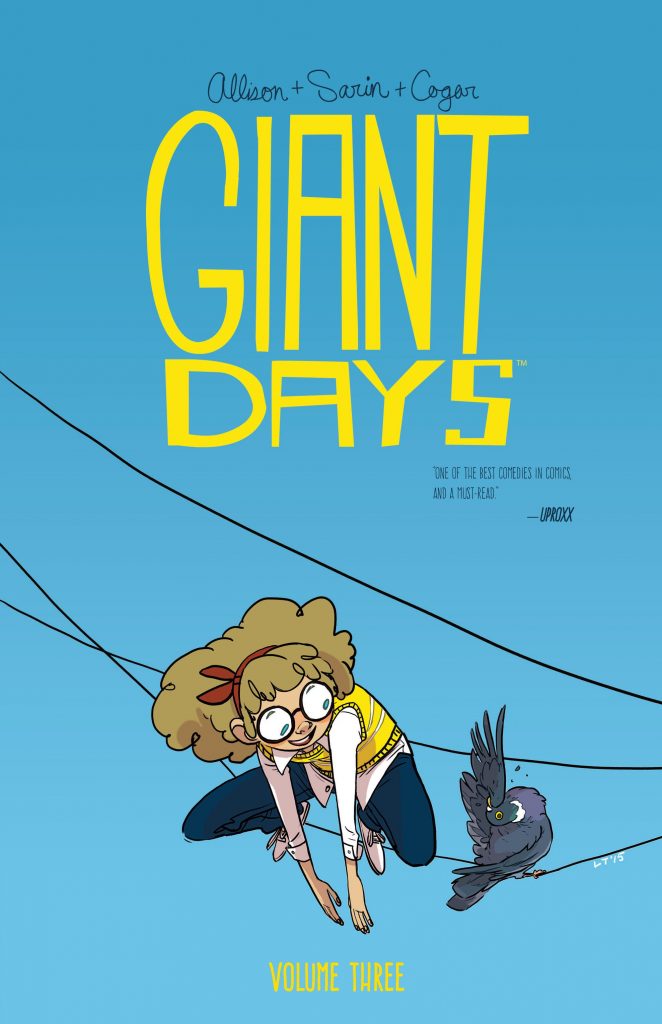 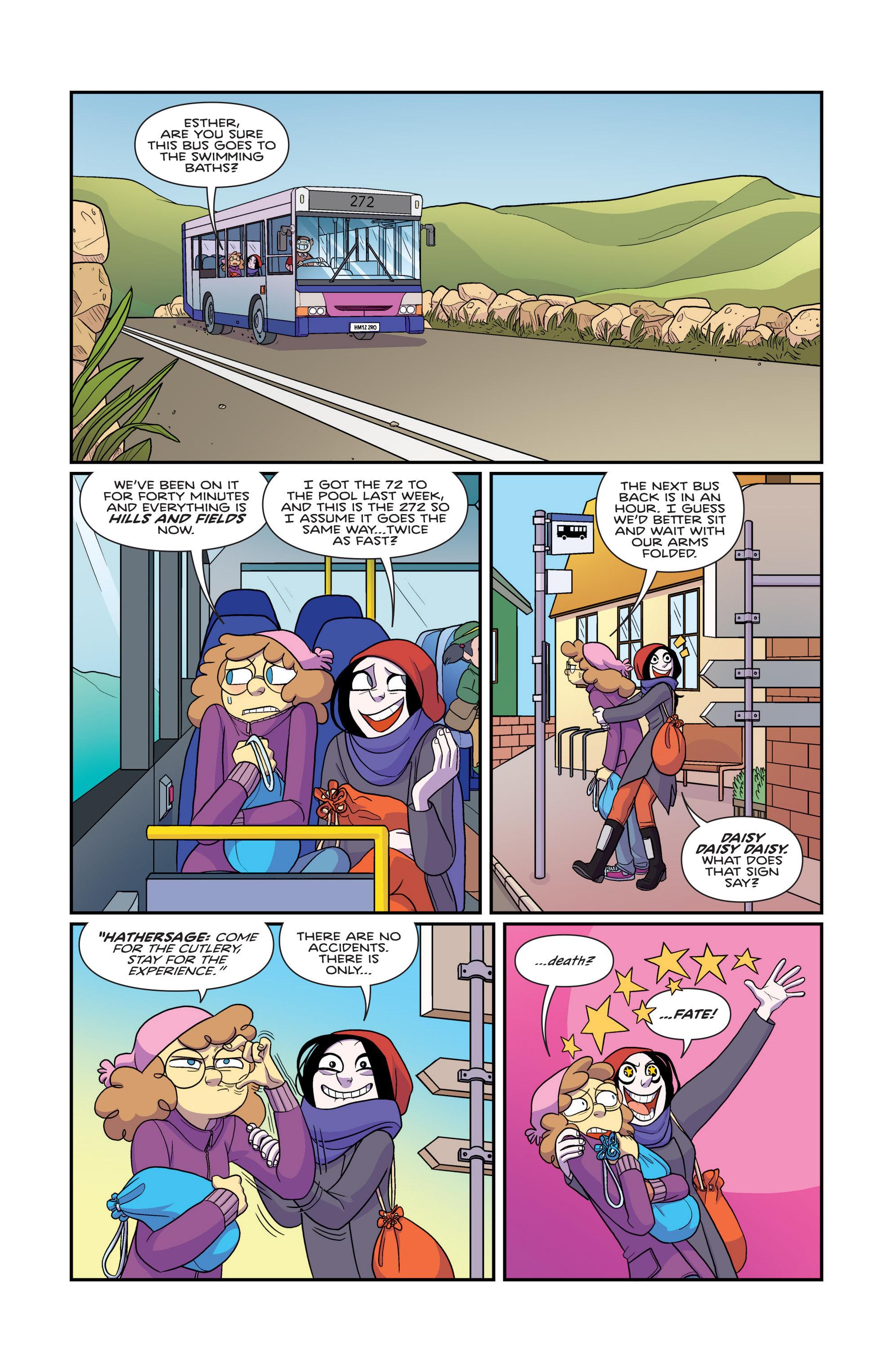 Before this volume John Allison had supplied two cracking collections of whip-sharp sitcom drama, featuring three university room mates, so is there any reason to suspect Volume Three will be any different? It’s not. It’s great.

As a measure of confidence, the opening chapter sidelines the three main characters, concentrating instead on Ed Gemmell and his new job at the student newspaper office. Previously infatuated with Esther, Ed’s now finding himself attracted to the energy and drive of the paper’s editor. Allison uses his problems as a great running joke throughout volume three, but simultaneously deals with the serious issue of a pressure to live up to unrealistic expectation. Also introduced is a shadowy figure, the student equivalent of Watergate’s Deep Throat, and their plot continues all the way through the book as there’s a greater thread of continuity to this selection of stories. The connection is the student council, the people supposedly representing the students’ interests, but that’s sifted through other plots. We learn the dangers of burning the candle at both ends, Esther has an old school friend come to visit, and the girls have a bonding during an overnight camping trip.

Without the comparison of Lisa Treisman’s cartooning, Max Sarin really comes into her own. Her characters are slightly taller and thinner than when first introduced, but her visual characterisation is fantastic, and she’s far more naturalistic here, with less gagging at the camera shots. Hallucinogenic scenes are required, and Sarin nails them with twisty, disorienting panels, and supplies the full comedy effect otherwise.

As previously, Allison’s comic timing is impeccable. Once everything’s played out, it’s instructive to return and see how he can take a situation and twist it away from what’s anticipated in masterful fashion, setting it up naturally, and with a humanity as well. That’s helped by Giant Days featuring nuanced characters. If anyone’s going to be more than just a joke for a few panels Allison ensures they’re seen good and bad. Unusually, he’s unafraid of marking the passing time either, meaning the cast progress forward, from Christmas in Volume Two, to the Easter break here. There’s a cliffhanger ending of sorts, but surely anyone who reads Giant Days would be back for Volume Four in any case. Charm, insight and hilarity, it’s all here.