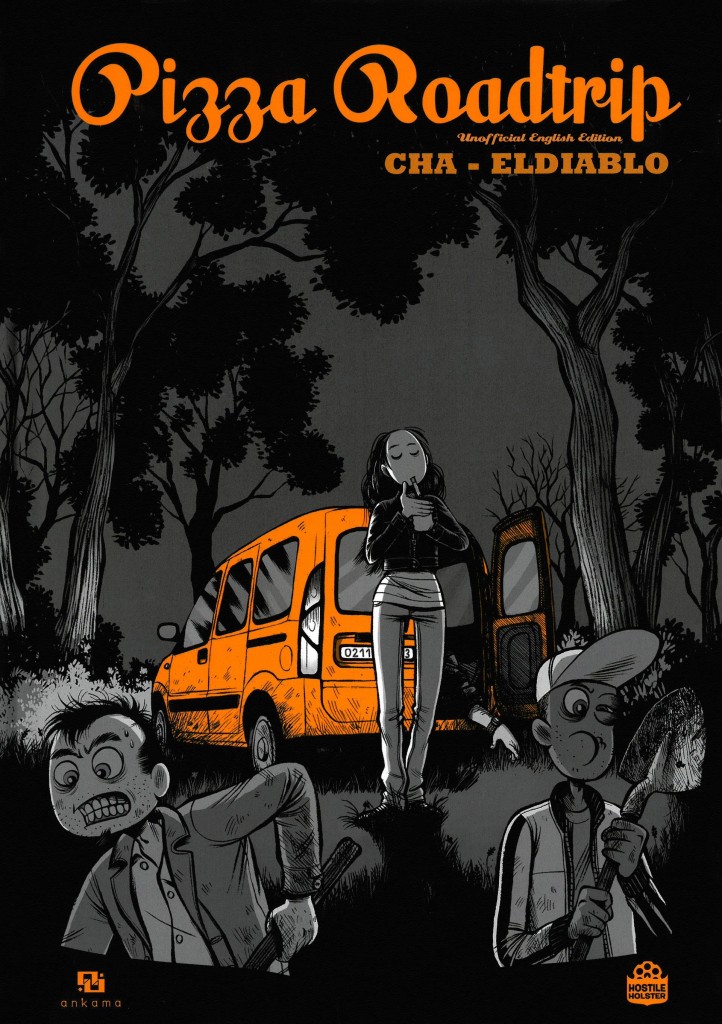 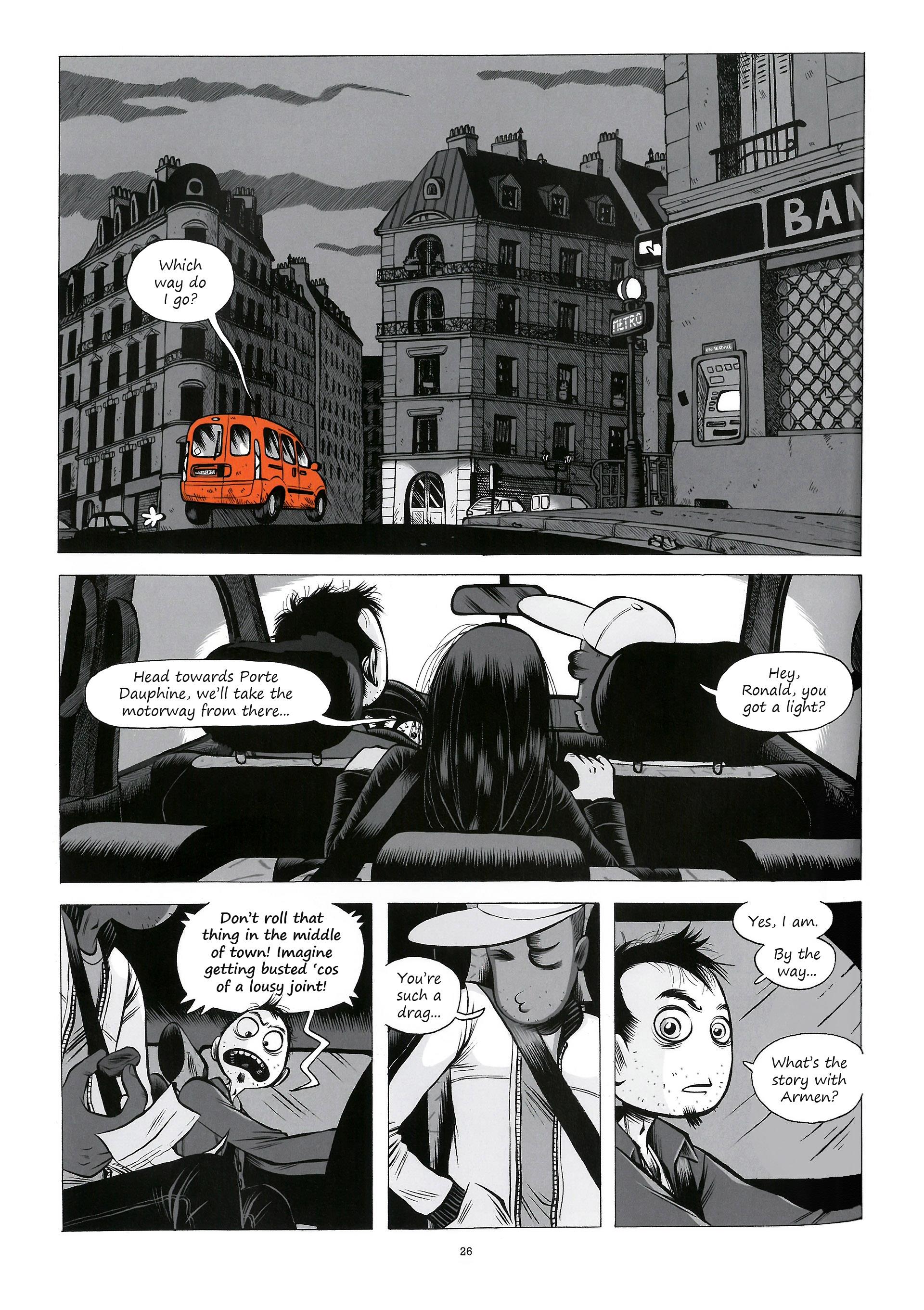 Sometimes in life those little niceties spoken in moments of familiar comfort can come back to haunt. In the Pizza Roadtrip the lesson to be learned is never tell your buddy he’s the type of mate who’d go out on a limb and hide a body for you. Two days after that unfortunate conversation Ronald is introduced to the corpse lying in Rudy’s bathroom and so begins the road trip of the title.

It’s simple really, all Rudy and his girlfriend Matilda need is to borrow Ronald’s car for a couple of days. They can drive the corpse somewhere to the wilds of Brittany, bury it there, and the problem’s solved. Is it ever that easy? For all his finer qualities as a buddy, Rudy doesn’t number common sense among his attributes, but then we discover a lot more about him, Ronald and Matilda on the way to Brittany.

The voice of outraged reason placed among insanity is always a fine starting point, and author Cha (Charlène Jean) ramps up Ronald’s indignation as one imposition follows another and he discovers the detail of what’s led to his reluctant involvement. At one point Quentin Tarantino is referenced, and it’s a nod to an influence. Cha’s discursive narrative structure, funny asides, smart dialogue and left field twists can all be found in Tarantino, but she builds her own distinctive story around them, all the while impressively escalating tension.

Artist Eldiablo (Boris Dolivet on his certificat de naissance) is best known in France for his animated series Lascars, but comes from a hip hop tagging culture, and that’s still slightly evident here with the bendy figurework and the nutty cross-eyes. He uses an interesting storytelling device reversing the usual option of rendering past events in black and white. With the exception of the occasional dab of spot colour, the shades are reserved for filling us in with the background, while the present is monochrome.

The suspense and enjoyment is sustained throughout, and Cha saves not just one, but two good surprises for the end. No peeking! Chances are you’ve not come across Pizza Roadtrip or its creators before, and it’s about time you rectified that.