Ghosted in L.A. Volume One 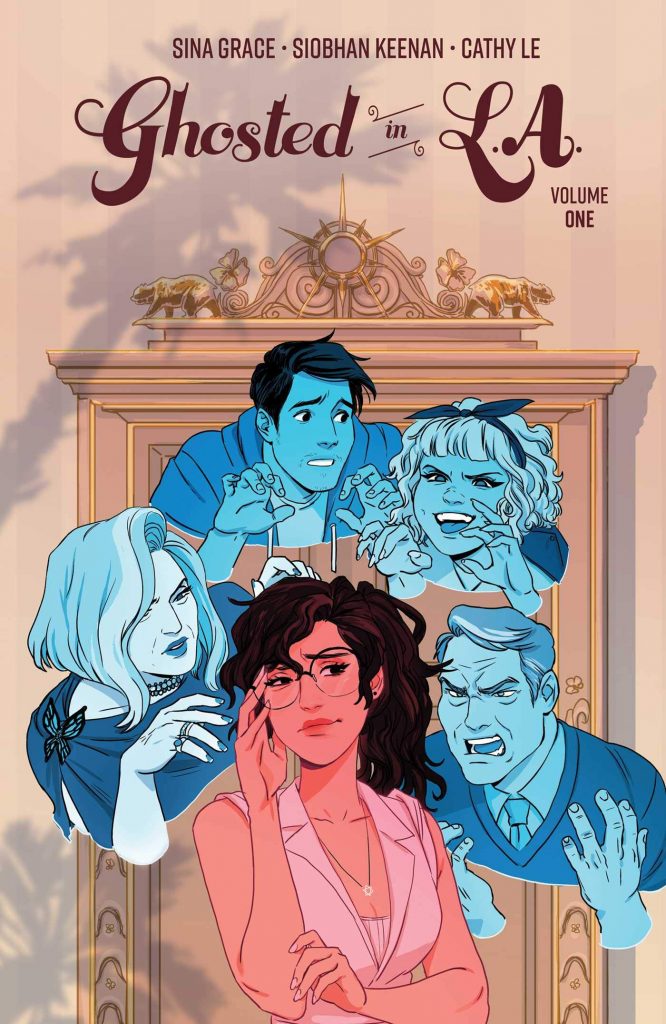 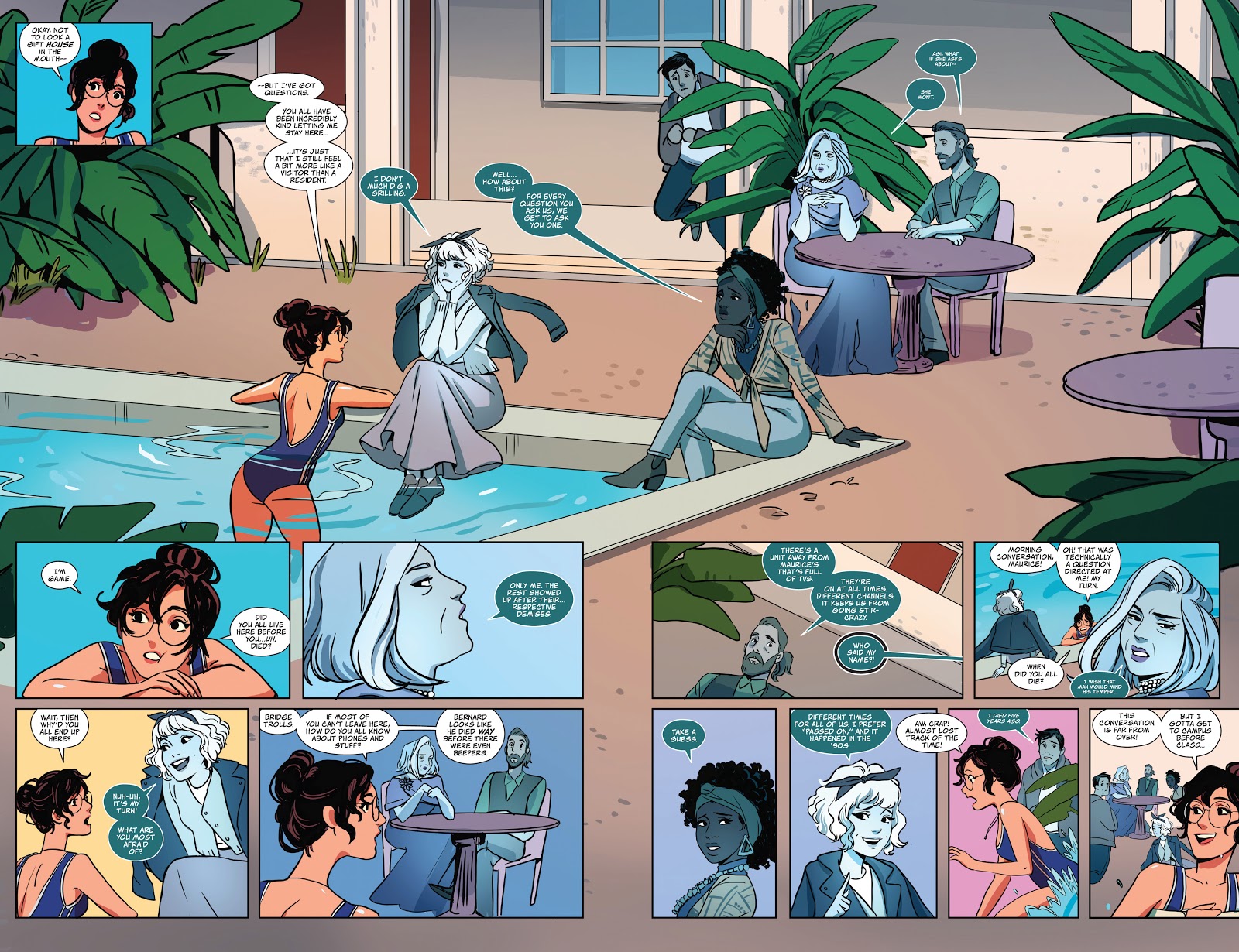 It’s strange how the same idea can manifest almost simultaneously in different places. Both DC and Marvel introduced a series featuring a prominent character in a wheelchair within a month of each other in 1963. A decade earlier a character called Dennis the Menace appeared in British comics the same month as an American newspaper strip of the same name began circulation. In April 2019 the sitcom Ghosts débuted on British television and the first issue of Ghosted in L.A. hit the shops, both featuring the idea of a woman moving into new accommodation and discovering she can see the previous, now dead residents.

In Daphne’s case it isn’t her first choice of residence. She’s moved to Los Angeles to attend college, but for the wrong reasons, and realises this very soon after she arrives. Shortly after that revelation she stumbles on a deserted old mansion where the ghosts live, and discovers she can see and hear them. Given that her life is falling apart and her room-mate is a supremely judgemental religious type, almost all the ghosts accept the idea of Daphne using the house.

It’s not obvious from this volume, but Ghosted in L.A. is a complete story over twelve chapters serialised in three volumes, and throughout this opener Sina Grace works a smart sitcom from the premise. Daphne is a multi-faceted character, unusual for being relatively sympathetic despite a selfish nature, and Grace is good at having both the ghosts and others pull her up when she’s inconsiderate or wrong. Identification is greatly helped by Siobhan Keenan’s polished cartooning with Cathy Le’s colouring defining the brightness of Los Angeles. That brightness is contrasted with the brownish wash used for scenes set in the past, these drawn by Grace and cleverly having a relevance to present day turns in Daphne’s life.

At times Grace is too keen to show off, the references too smug and elitist, and while within the realms of dramatic licence, it’s maybe a little too convenient that each of the ghosts we’re introduced to seems to have a spooky speciality. One of them is able to possess people, accounting for the house being strangely well maintained and with modern conveniences, and we learn the talents of some others over the four chapters here. They involve us with Daphne’s life and concerns, and a clever cliffhanger playing on the double meaning of the title sets up Volume Two. 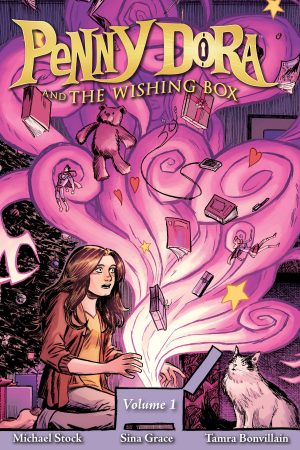