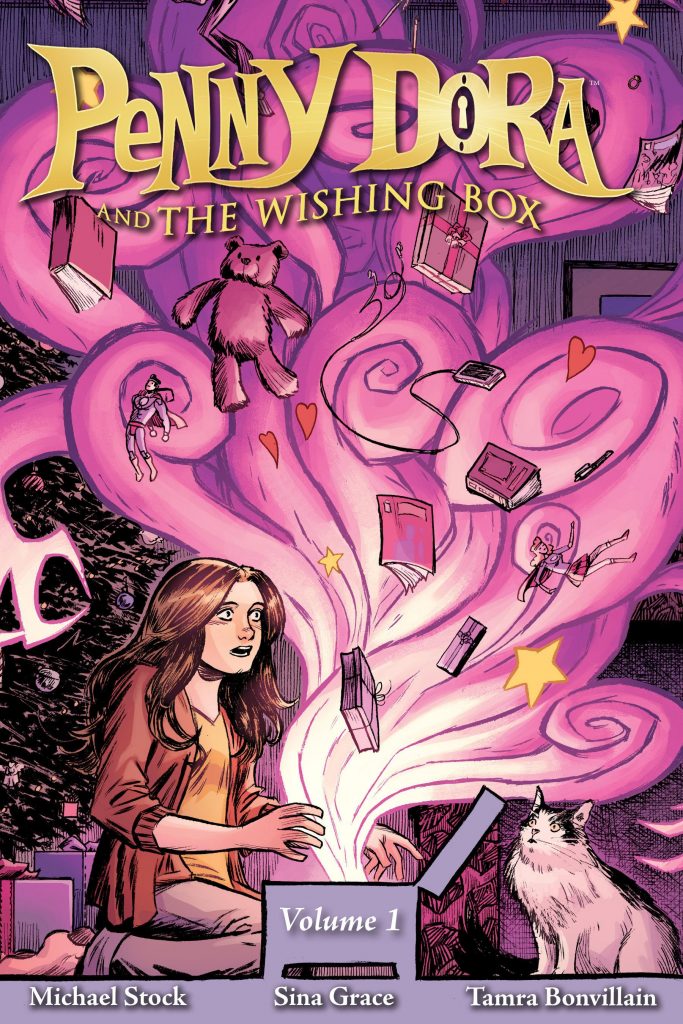 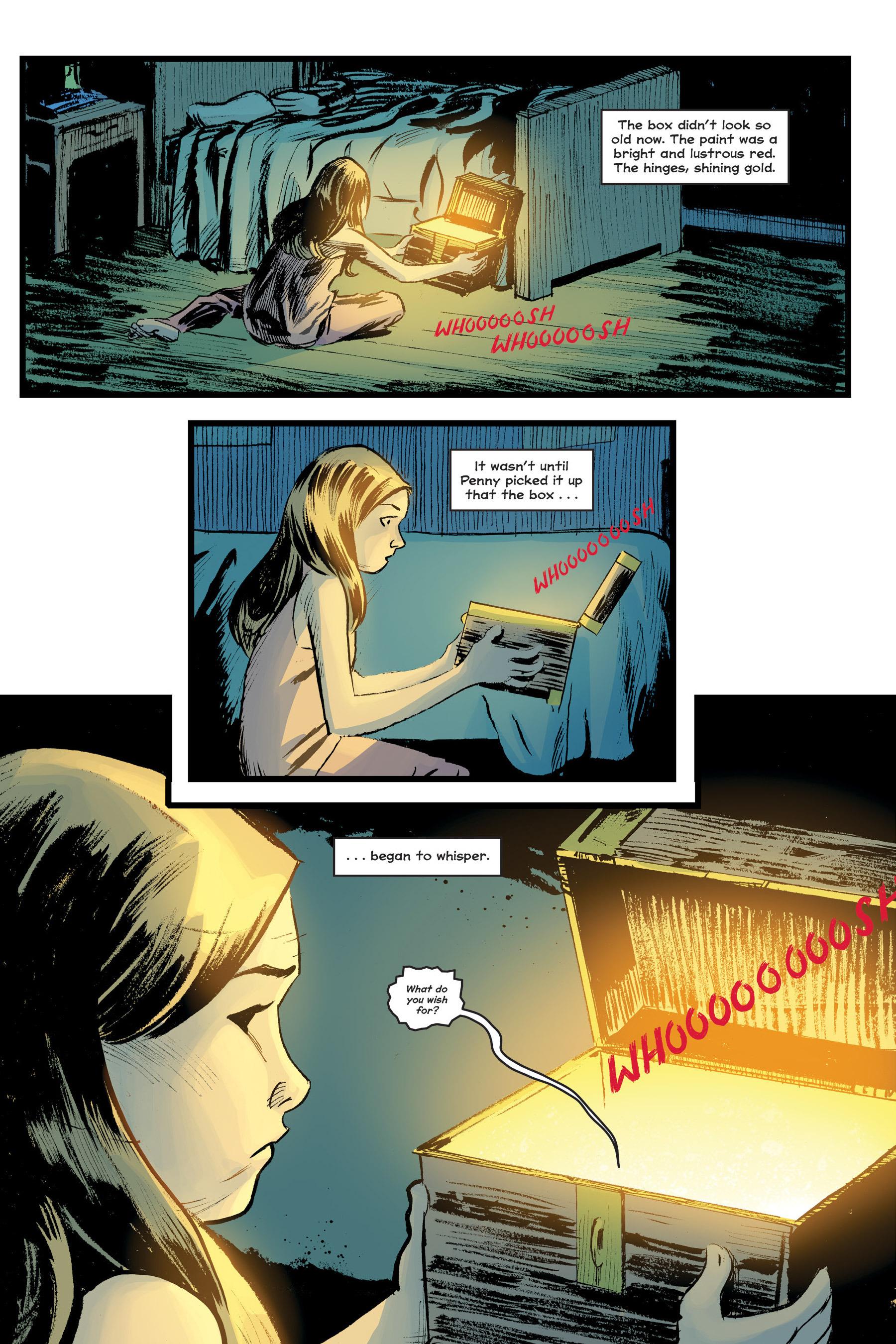 Penny Dora lives with her mother in an almost anonymous planned community, where in a nice touch the only feature distinguishing the properties is their individual eccentric mailboxes. Just before Christmas a large wrapped present is placed on her doorstep, and when unwrapped on Christmas Day proves to be an empty box, one that looks battered and ancient. We know from the title of course, that this is the wishing box, and Penny Dora soon discovers this herself, sharing the secret with her friend Elizabeth. Considering they’re both relatively young girls, their initial restraint is admirable.

Michael Stock’s narrative captions are deliberately pitched at the level of a portentous movie voice over, dropping hints that all might look well now, but that’s just the start. He makes good on that promise, but Penny Dora would have been greatly improved for picking up the pace earlier. It takes until the halfway point for the potential to be properly explored, but leading up to that there’s just too much tease as Penny and Elizabeth wonder if they should respond to the voices coming from the box. It’s likely that any child raised on caution will be captivated by Penny Dora’s predicament, but a fair proportion of them will also see how Stock’s stitched the elements from several fairy stories, although a Little Nemo homage will probably fly over their heads.

An artist perhaps more suited to the magical might have rescued Penny Dora, but Sina Grace isn’t that person, although his work elsewhere suggests he should be. Instead of the polished line he uses on more personal projects Grace opts for a looser approach, and the result is a lot of flat and two-dimensional faces. He can only draw what the script gives him, and Stock’s captions note a lack of imagination at one point late on, but there’s just not the glamour and style that convinces a fairy realm has been created. A few gold jugs and plates of fruit in the foreground don’t compensate for plain walls in the background.

As with the story of Pandora and her box, events rapidly move beyond control, but never really beyond the predictable, which is a shame as the basic concept is a sound premise for Enid Blyton style morality fables. The bonus material reveals the inspiration as a story Stock’s daughter wrote when six. The ending deliberately leaves the door open for further stories, but as yet no more have.