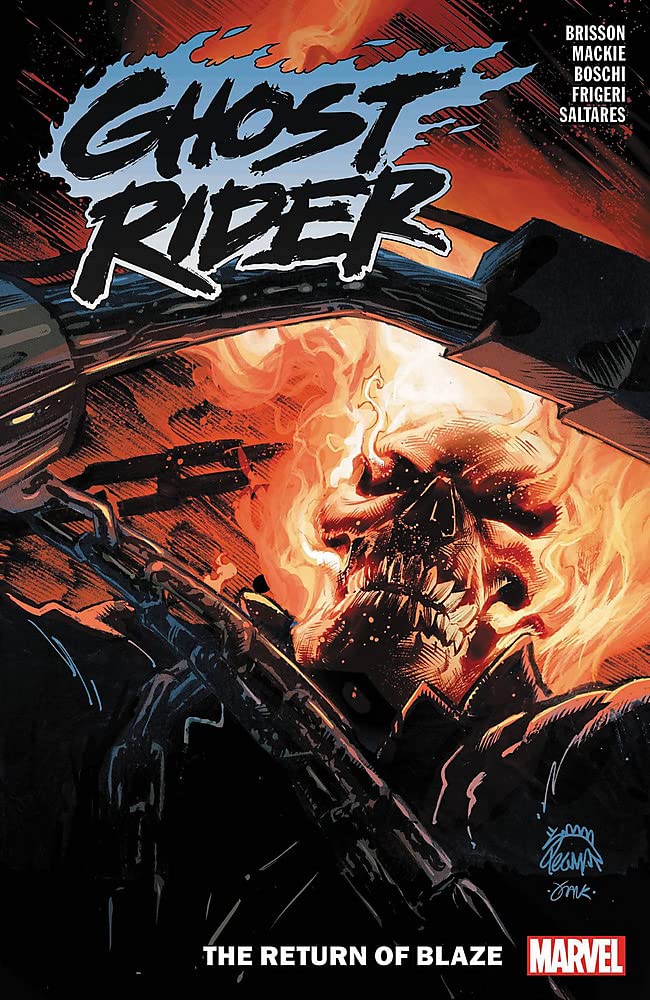 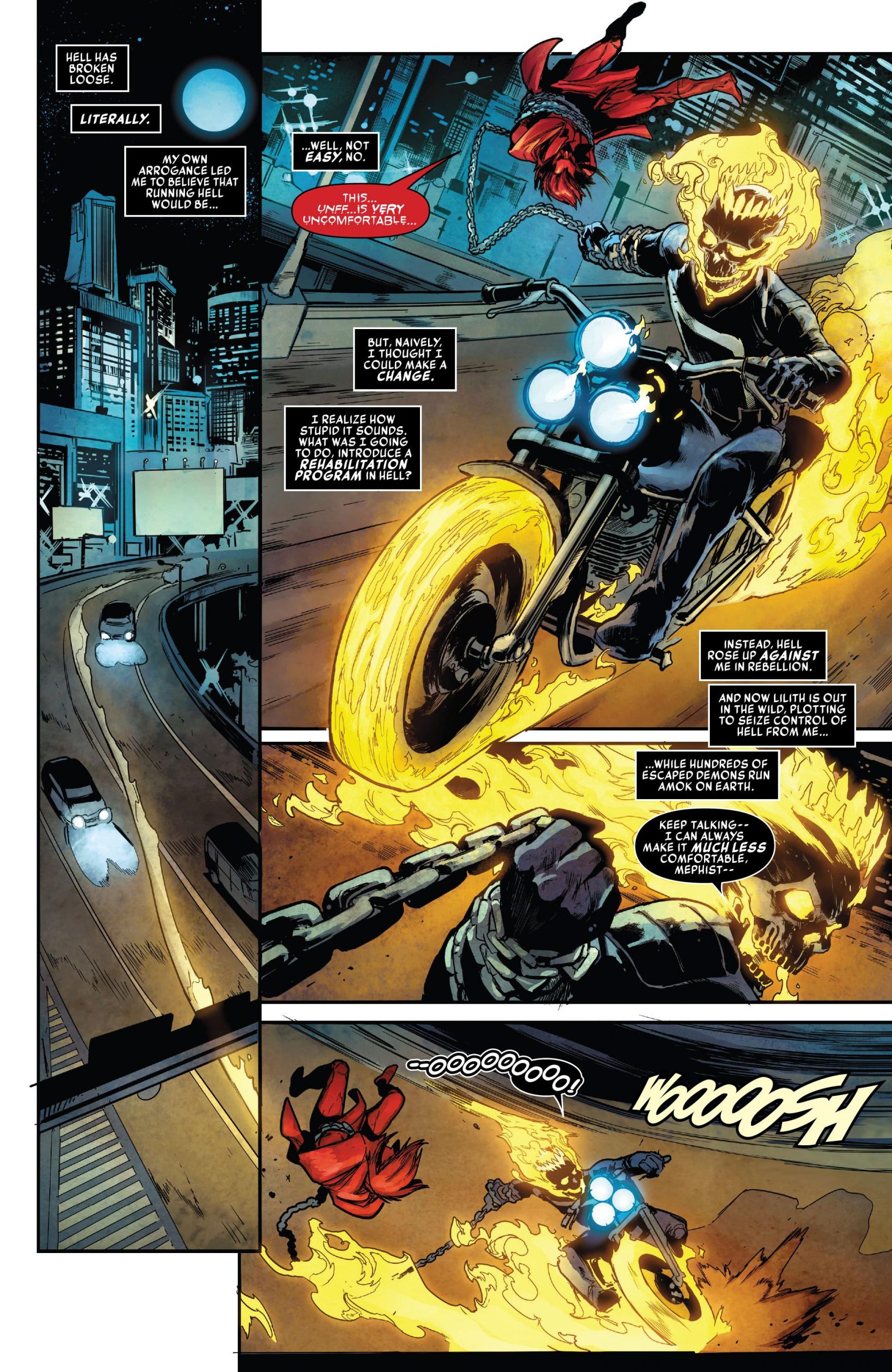 My, what a shoddy product this is.

During the Covid pandemic Marvel cancelled the Ghost Rider comic before Ed Brisson could tie up all the plots he had boiling, but rushed out the trade Hearts of Darkness II despite the lack of a conclusion. The conclusion of sorts was bolted on to the King in Black crossover, and presented as the middle chapter here. That’s after the Lilith story that any interested readers will already have as part of the previous trade. Marvel are asking full price for a conclusion that’s only a third of the content, while adding insult to injury by padding the book out with a story they included in the last trade.

The justification will be that Brisson and Roland Boschi set the scene in it by running through the background of Lilith’s plotting to take over Hell, currently under the control of Johnny Blaze. That’s complicated, as is Brisson’s conclusion, by the Symbiote God Knull invading Earth. It seems as if Brisson’s only giving a brief nod to that before returning to his own plots, skipping things forward a little from where Hearts of Darkness II ended. It’s interesting to see previous King of Hell, Mephisto so effectively nullified, possibly a first, and Blackheart’s role is now clarified, but while Brisson wraps things up efficiently under duress and includes some nice touches, this feels compromised. Still, it’s nicely drawn by Juan Frigeri (sample art) and some conclusion is better than no conclusion.

In the 1990s Ghost Rider as written by Howard Mackie was mystifyingly popular, the greatest quality being the art of Javier Saltares. Vengeance was a supporting character, and after twenty years Mackie and Saltares reunite for the final inclusion here catching up on what’s happened to him since. Trapped in Hell, is the short story. Saltares designs an eye-catching new bike, but that’s the only item of note in a dull outing only designed to return Vengeance to Earth for possible future use.

Readers who’ve followed Brisson’s Ghost Rider want to know how his plots end, but this is a shoddy exercise in corporate contempt, exploitation and greed. 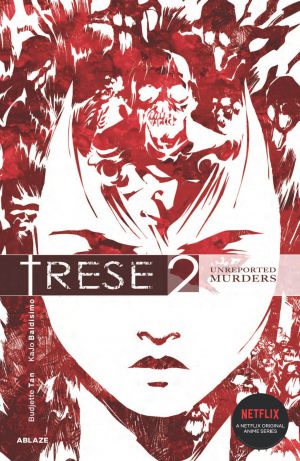 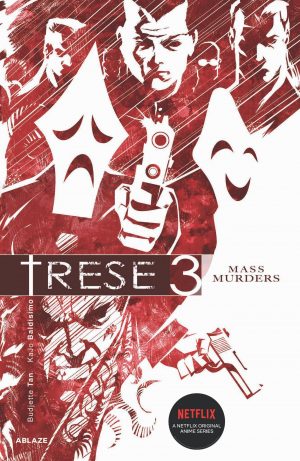 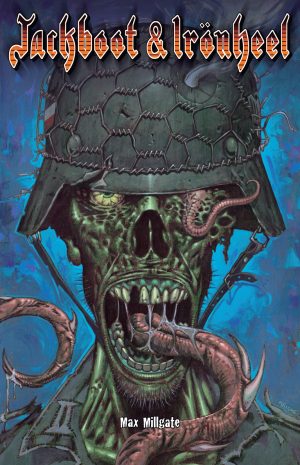