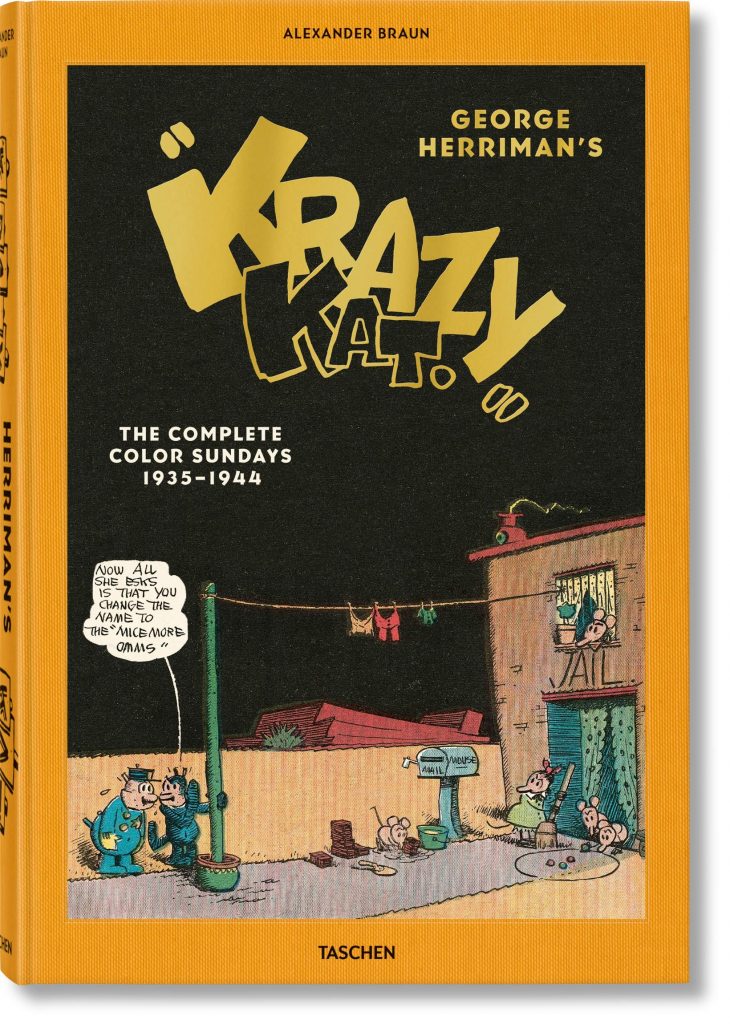 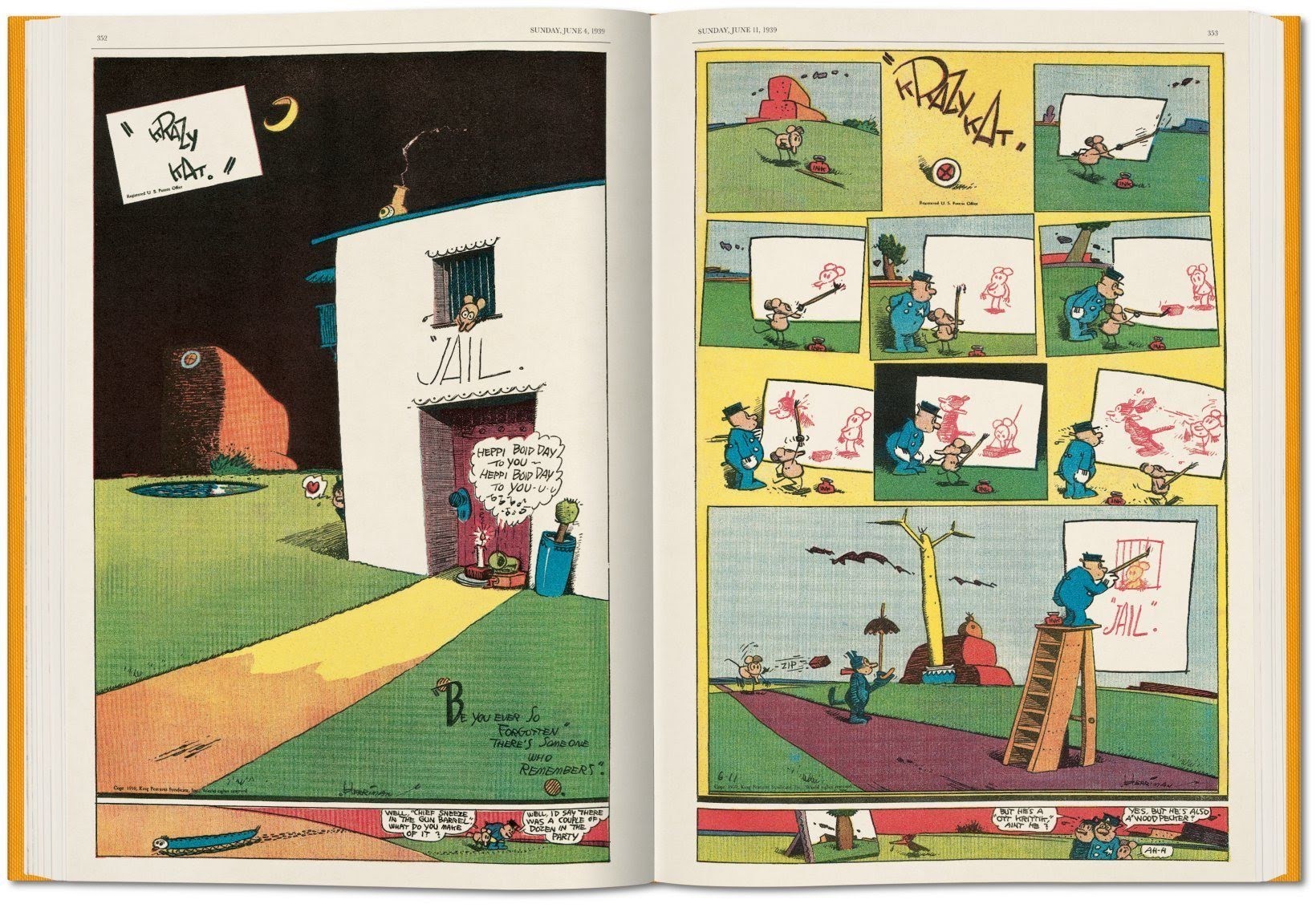 A selection of the celebrated intricate Sunday pages of George Herriman’s newspaper strip Krazy Kat, published daily from 1916 to 1944 have been reprinted in one full-sized volume, Krazy Kat: A Celebration of Sundays, giving readers a good overview of the evolution of this most highly praised of all comics in the history of the medium. Anyone who truly loves this work will want to see all of it at its original dimensions, and now a further step towards this is possible with George Herriman’s “Krazy Kat”. The Complete Color Sundays 1935–1944. This new massively oversized hardcover volume, 630 pages measuring 355 x 508 mm (14 x 20 inches), reprints the final decade of Krazy Kat from 1935, the year it went from black and white into colour, up to the end of the run in 1944.

George Herriman’s bizarre and convoluted language games, his continual invention and reinvention of story structure, presentation and style, with complex drawings all revolving around the simple premise of a love triangle between a cat, a dog and a mouse, are like nothing seen in a daily newspaper before or since. His fans included such luminaries of the 20th Century as Gertrude Stein, F. Scott Fitzgerald, Pablo Picasso, James Joyce, Samuel Beckett and P.G. Wodehouse, and yet by the last year of his life Herriman’s audience had dwindled to just two newspapers. Fortunately for all of us, this meant nothing to publisher William Randolph Hearst, who was devoted to Krazy Kat and published it without fail until Herriman’s death in 1944.

The five hunderd pages reproduced here are augmented by a wide-ranging and detailed investigation into the life and work of George Herriman by historian Alexander Braun, tracing this strip all the way from the Herriman family’s early 1820s beginnings in New Orleans and Southern California to the exhibition of original pages from Krazy Kat and other Herriman creations as indisputably key modernist works at Spain’s national museum of 20th-century art, The Museo Nacional Centro de Arte Reina Sofía, in Madrid in 2017. Braun’s exhaustive and incisive biography is an entire book in itself, and an incredibly good exploration of Herriman for anyone wishing to understand just how original he was in the context of his times and far beyond them.

The three-figure price of this utterly gigantic book makes it no impulse purchase, but if you do the calculations for price versus page count this collection works out to be ridiculously cheap; in fact far greater value than any standard graphic novel costing one-twentieth of the amount. These huge and gorgeously photographed pages reward even casual browsing with an incredible variety of skilled, inventive and uniquely expressive comics from a truly visionary creator.

This won an Eisner Award in 2020 for Best Archival Collection Project: Strips.