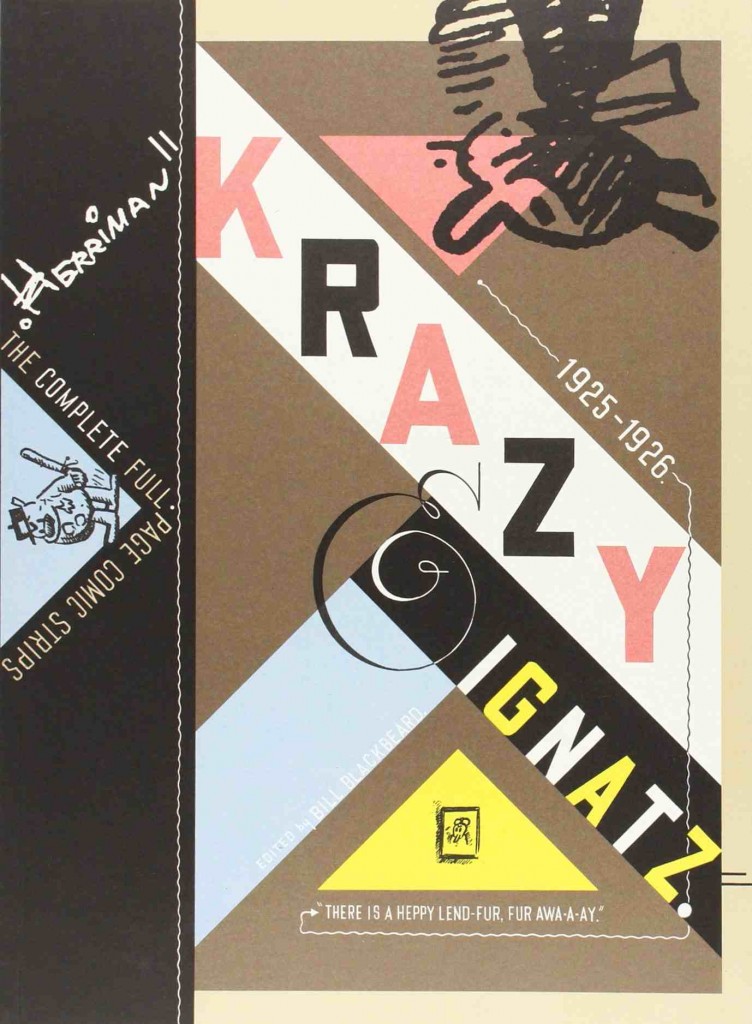 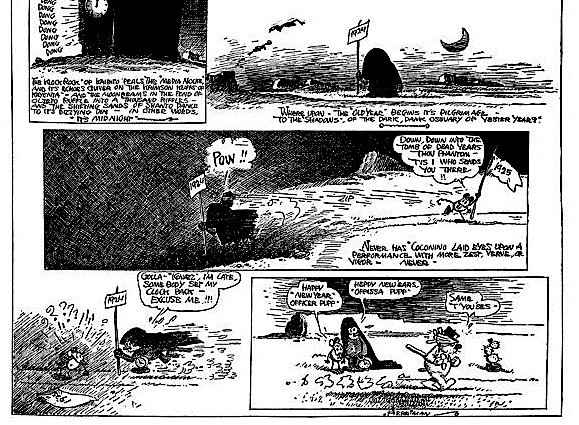 This fourth volume of the complete Krazy Kat Sunday pages by George Herriman has a less exuberant look than previous volumes. From August 1925 to September 1929, Herriman’s publisher and number one fan William Randolph Hearst imposed a three-tier grid on the Sunday pages, to allow for them to be reformatted by his regional newspapers.

While this effectively meant Herriman was creating his Sunday pages with one hand tied behind his back, these enormously skilful strips are just as clever and engaging in their arrangement of the basic building blocks of his premise. The three main characters are a cat called Krazy, who secretly loves a mouse called Ignatz; Offisa Pupp, a dog who secretly loves Krazy, and Ignatz who pelts Krazy with bricks because it’s a satisfying activity. None of them knows how the other really feels, so the stories revolve around continuous misreading of each other’s motives and the various ingenious ways that each tries to get what they need. The astonishing thing about this is how Herriman spins seemingly endless variations on this theme and continually invents new angles on the relationship between the three, the schemes and plots that Ignatz and Offisa Pupp invent, and the ways that Krazy can go from a central to an incidental part of the action. It takes a while for readers new to Krazy Kat to understand why any of this should be so highly praised because the strip works on a process of accumulation. The more variations on the central theme, the funnier and more impressive it becomes. Every repeated reading of this work increases the richness of it, and there is a lot of detail in the drawing, the backgrounds and the characters that repays close observation. That said, if you are a new reader who wants the best introduction to Herriman’s work, you should start with one of the other volumes that show him unfettered, creating the intricate balance of design and characterisation that he is justly lauded for.

This is an absolutely marvellous restoration of one of the most highly regarded of all American comics, with great design and valuable, informative extra content.