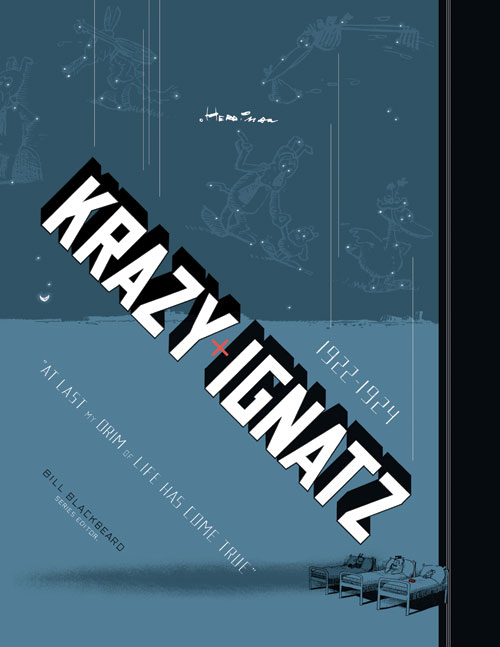 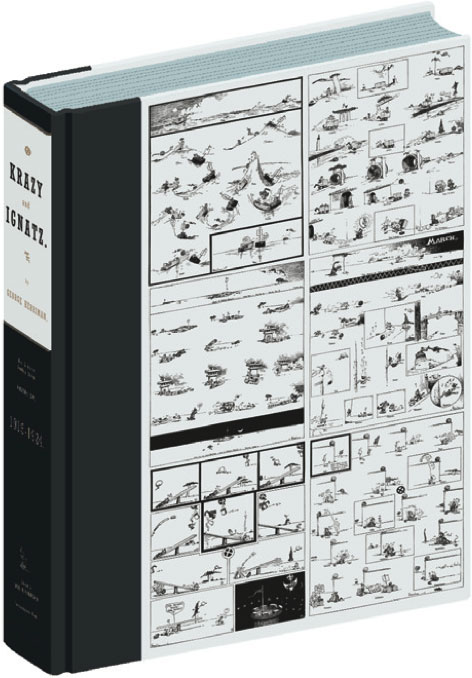 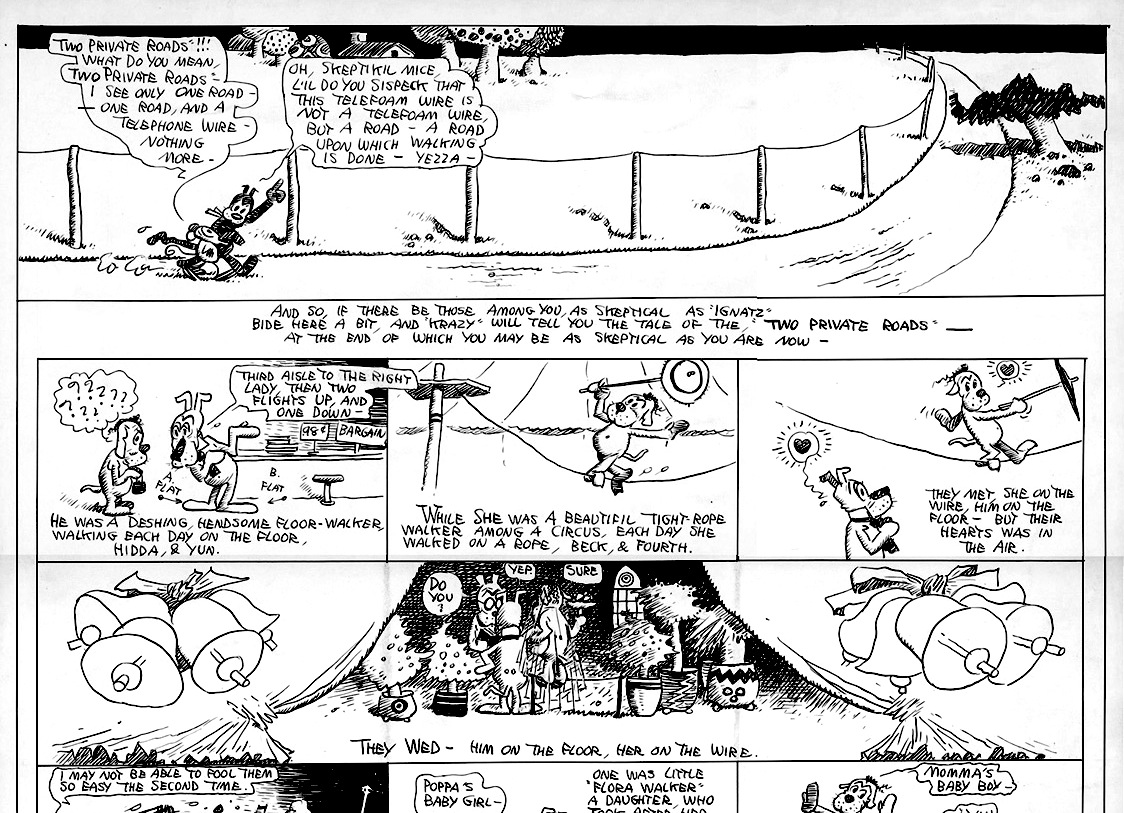 George Herriman’s Krazy Kat, one of the most remarkable and highly lauded of all American comics, was published for 28 years from 1916 to 1944. Despite its stellar reputation then and now, it was never fully reprinted until Fantagraphics took on the job of meticulously restoring and re-presenting each Sunday page in a new series of thirteen volumes. For various reasons the first three volumes were printed out of sequence so that Krazy & Ignatz 1922-1924 was the last to be compiled, and there are references to completing the series here. But this is the third volume of the complete full-page Krazy Kat comics and there are another ten to go.

This is a massive 250-page slab of Herriman cartooning–about 100 pages more than the previous two volumes–containing three years of Krazy Kat Sunday pages. These are in black and white, but for the first time a few of the 1922 pages are in full colour. For ten weeks, Herriman drew these colour one-pagers for the Saturday New York Journal, in addition to the ongoing Sunday one-page black and white strips in other Hearst papers. It would be another ten years before Krazy Kat went permanently into colour every Sunday.

Bill Blackbeard introduces this volume with a look at the production of a ‘jazz pantomime’ ballet based on Krazy Kat which premiered in a New York theatre in 1922 to smash-hit reviews and sold-out performances. (The program for this ballet is reprinted in The Kat Who Walked in Beauty, a collection of daily Krazy Kat pages from 1911-21.) That intro is followed by a very rare and historic find – a previously lost Herriman strip series. Mrs. Waitaminnit seems to be George Herriman’s first continuing daily strip, running through September and October 1903 in the New York Evening World. Michael Tisserand explains the background of this piece of vaudevillian slapstick, and he also contributes to the “Ignatz Mouse Debaffler Page” which contextualises all the now-obscure joke references in Krazy Kat for modern readers.

At the end of this volume is another major find: a complete colour reprinting of Us Husbands, a Sunday one-page strip by the amazingly prolific George Herriman from 1926-1927. It’s a domestic comedy based around husbands and wives negotiating married life. Each episode also had another shorter two-tier strip sitting above it, A Big Moment in a Little Man’s Life for half the pages and Mistakes Will Happen, with a medieval setting, for the second. Both of these ‘toppers’ continued the domestic theme. Jeet Heer introduces these surprising strips with a little speculation: Herriman may have created Us Husbands to demonstrate to King Features that if William Randolph Hearst ever withdrew his support for Krazy Kat, then Herriman could produce more commercial material easily enough. Fortunately for us as well as for George Herriman, Hearst remained staunchly dedicated to the Kat until the end. This is another remarkable collection of superlative work, beautifully designed and presented under a lovely cover by Chris Ware.