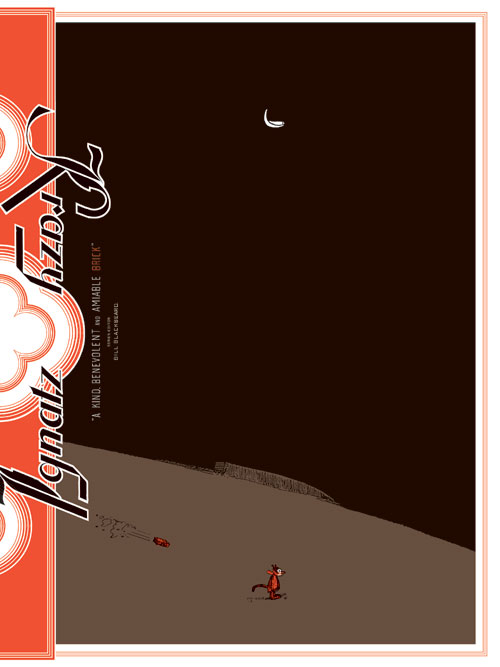 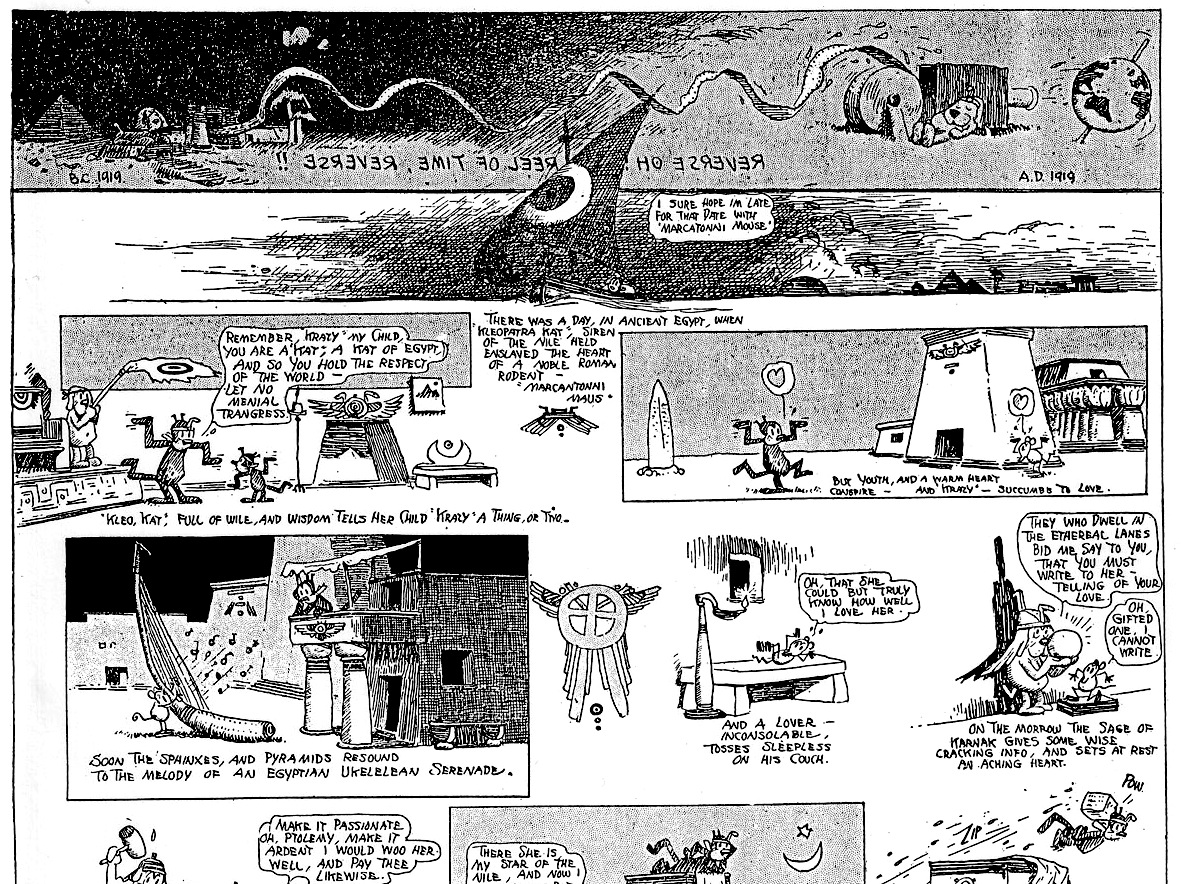 George Herriman’s Krazy Kat was built on the simple premise of a love triangle between a cat, a dog and a mouse, but what it did with that premise went far beyond anything seen in comics before. There’s  fantastically inventive language, continual invention and reinvention of story structure, presentation and style, with funny, strange drawings and beautifully composed Sunday pages. Critics unanimously hail it as the greatest comic strip in the history of the medium.

This is the second of thirteen volumes reprinting every Sunday page of George Herriman’s masterpiece for the first time since their original publication almost a century ago. Series editor Bill Blackbeard not only supplied the majority of the strips reprinted here from his incredible archives at the San Francisco Cartoon Art Museum, but also opens this volume with an intro about the origins of Krazy Kat in other Herriman strips, with some examples. There is also a piece by Bob Callahan on Herriman’s work as a sketch artist drawing ‘human interest’ stories for the Los Angeles Times in 1909, before he went to the Los Angeles Herald Examiner to begin his experimentation with numerous comic strips including The Dingbat Family, The Family Upstairs and Baron Bean, which would lead eventually to this most beloved of all his works.

New readers may find the amount of dialogue in these early strips challenging. In the 1900s people paid money to go out and listen to speeches. Nobody succeeded in public life without a big vocabulary, and the more florid the oratory, the better. In the style of his times, Herriman’s characters fill their speech balloons with grandly meandering, dramatic and ridiculous talk packed with alliteration, classical and topical references, puns, songs and other wordplay. The Kat, in particular, has a very distinctive way of mangling language and it takes a while to become used to it. It’s worth persevering. What seems simply odd or tiresome at first turns into poetic and hilarious silliness once you’re tuned in. Plus, there’s help from the “Ignatz Mouse Debaffler Page” at the end of the book, which explains all the references and puts them into context for modern readers.

This is an absolutely marvellous restoration of one of the most highly regarded of all American comics. The cover designs by Chris Ware are beautiful and the interiors are excellently presented. If you have never read Krazy Kat before, spend some time with these volumes. You may need some patience and perhaps a dictionary for some of the language, but once hooked on George Herriman’s unique whimsy there’s no going back.