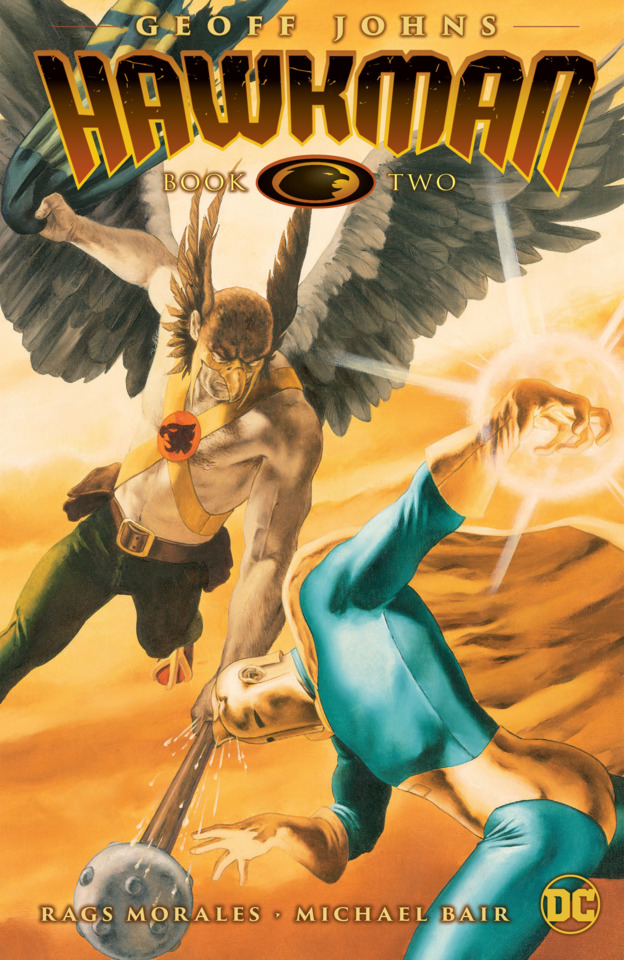 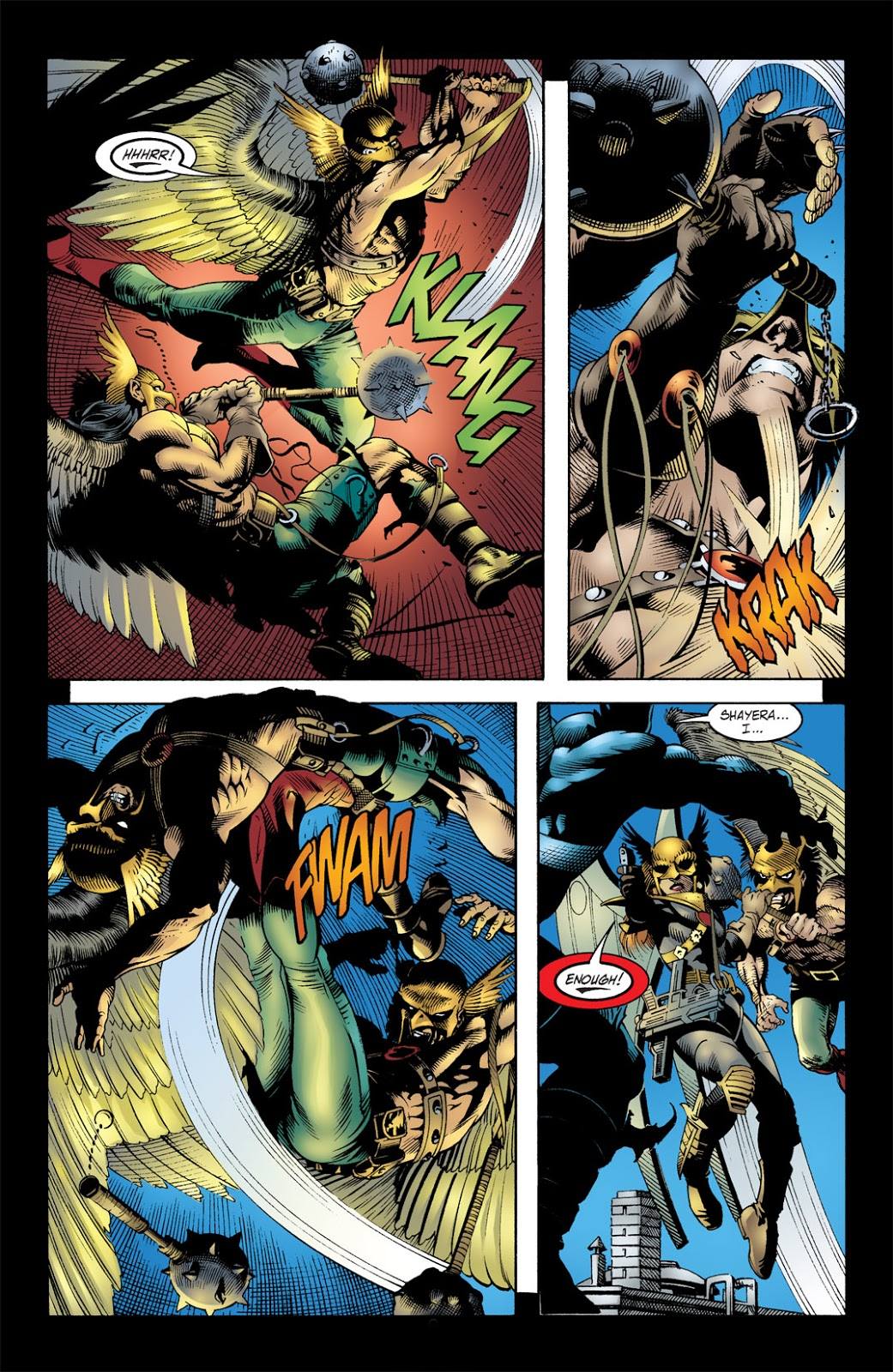 A second large collection mops up the remainder of the 25 Hawkman issues Geoff Johns wrote in 2002-2004, this also including the JSA sections crossing over with the final story. Alternatively, the entire run is available as an Omnibus edition.

In earlier editions this material was issued as Hawkman: Wings of Fury and JSA: Black Reign, and while inconsistency is prevalent throughout Johns’ Hawkman run, the overall quality level of these stories are higher than Vol. 1. In that, Hawkgirl’s desire to uncover the mystery of her parents’ death provided the main thrust for the plot, while here it’s Hawkman’s problems that take centre stage. Hawkman is constantly reincarnated through the ages, and has memories of his previous lives, although these aren’t always complete. That concept manifests in almost all the material here, an irrevocable conclusion formulating about Hawkman’s true nature coming home to roost in the final multi-chapter story.

No bad art features in this collection. Primary artist Rags Morales puts in a phenomenal shift on the opening Hawkman Vs Hawkman story, the wings, mace and feathers flying off the pages, and comes up with a suitably macabre design for new villain Headhunter. Don Kramer works well at capturing the Justice Society, while José Luis García-López is always phenomenal. It leaves the strange situation of Scot Eaton, often provider of artistic highlights elsewhere, as the fourth choice on a strong list.

The opener has Johns dealing with the Hawkman continuity of the 1990s extremely efficiently, supplying action thrills and constantly shifting concern about where the truth lies. Hawkman then revisits his 13th century past in Germany, although it’s a shame that García-López barely gets the chance to draw Hawkman because Carter Hall is the central figure. An archeological trip to the middle-Eastern nation of Khandaq has Hawkman confronted by Black Adam in what’s a prelude to the final story, but slim in comparison. That’s followed by three chapters concerning the intriguing and sinister Headhunter, an ancient threat sustained by absorbing the memories of others. Johns successfully fractures what had been an awkward relationship between Hawkman and Hawkgirl, but the ending is a little too rapid considering how the threat has been built.

Even before the entire Justice Society turn up for ‘Black Reign’, Animal Man and the Atom have featured, and ‘Black Reign’ is a thrilling clash of ideologies. Hawkman has long known Black Adam, and while it may seem their stark black and white worldviews are similar, Johns cleverly exploits the differences.

Overall Johns’ extrapolation of Hawkman doesn’t result in the blockbuster creative success resulting when he’s taken on other DC legacy characters, but as considerably the better volume of two, this is still very readable. Johns successfully creates a very awkward relationship between Hawkman and Hawkgirl, supplies the superhero action we want and the art is great.