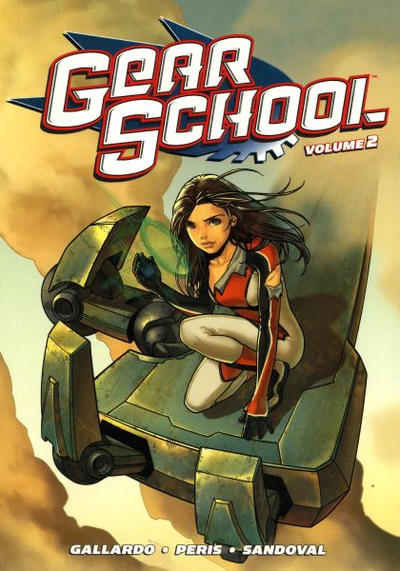 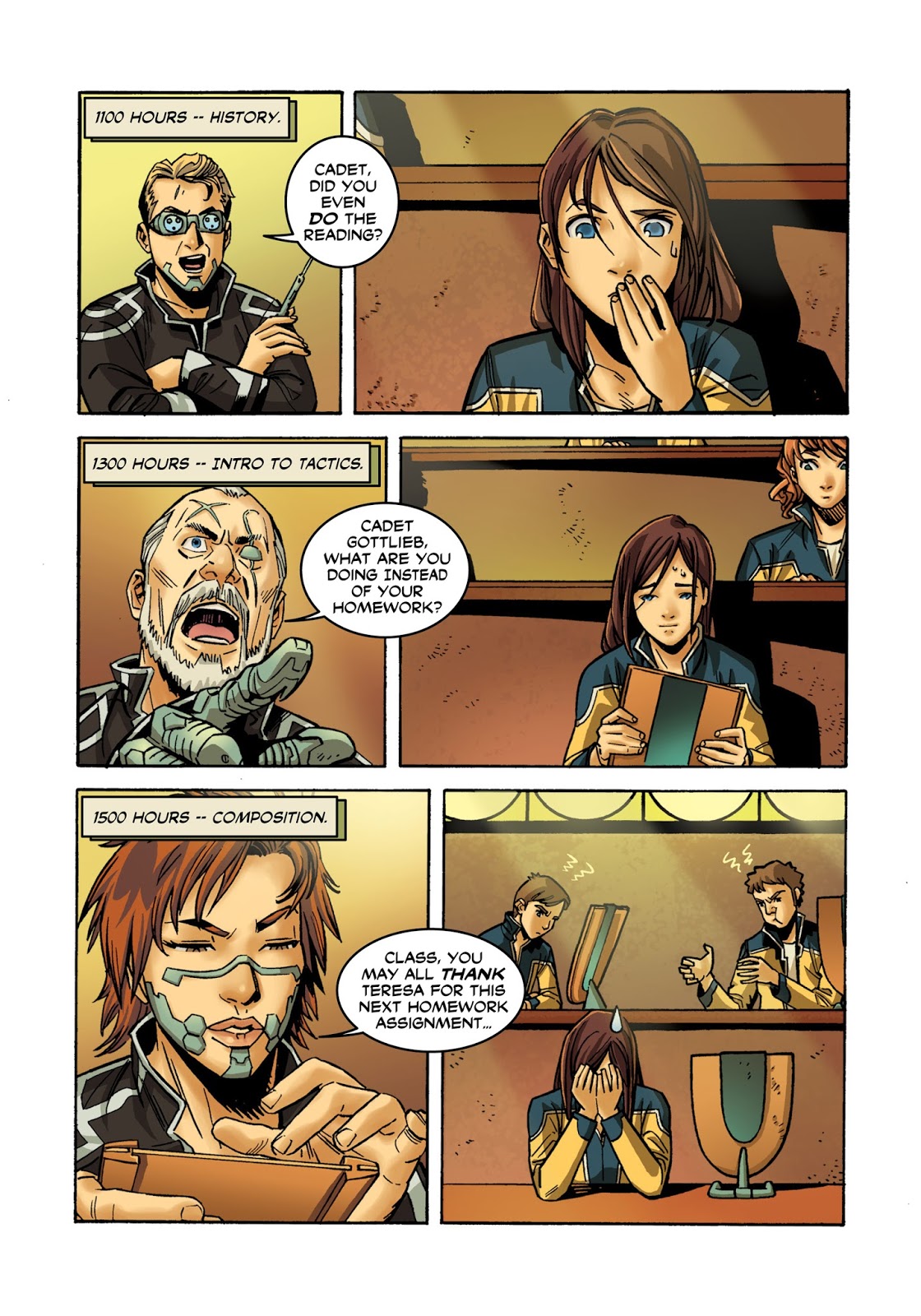 It’s been two months since the alien attack on Gear School, and a positive aspect for Teresa Gottlieb is that her heroic actions have now earned her some respect. However, despite her combat skills she’s woefully under-performing in the remainder of her classes, while Ben Castillo, the boy she likes is failing his combat classes. He’s a reluctant attendee, his preference being mechanical engineering, for which he has a real talent.

While still a very leisurely told story considering an average of three panels per page, this is an improvement on the opening volume, with some interesting ideas introduced, such as the hunter drones employed by security staff. Adam Gallardo’s plot is far less predictable this time, although steeped in soap opera melodramatics, and better paced with greater attention paid to expanding the cast and their personalities. While that characterisation is sometimes heavy handed, there is a subtlety to the subtext. Gallardo has already introduced the snobbery of the privileged, and he constantly reminds the audience of war’s cost, via the instructors in this school for combat pilots all having very visible disabilities.

It’s once again the art that leaves the strongest impression. The team of Núria Peris and Sergio Sandoval are strong on emotional resonance, and as before their designs are striking from the massive battlesuits to the miniscule drones. A storytelling clarity is prioritised for the young adult audience, but there is some artistic padding to ensure the story fills the page count.

Dark Horse invested considerable faith in Gear School at the time of publication, to the extent of financing a short film loosely based on an incident in this book. It’s nicely produced, and can still be found on YouTube.