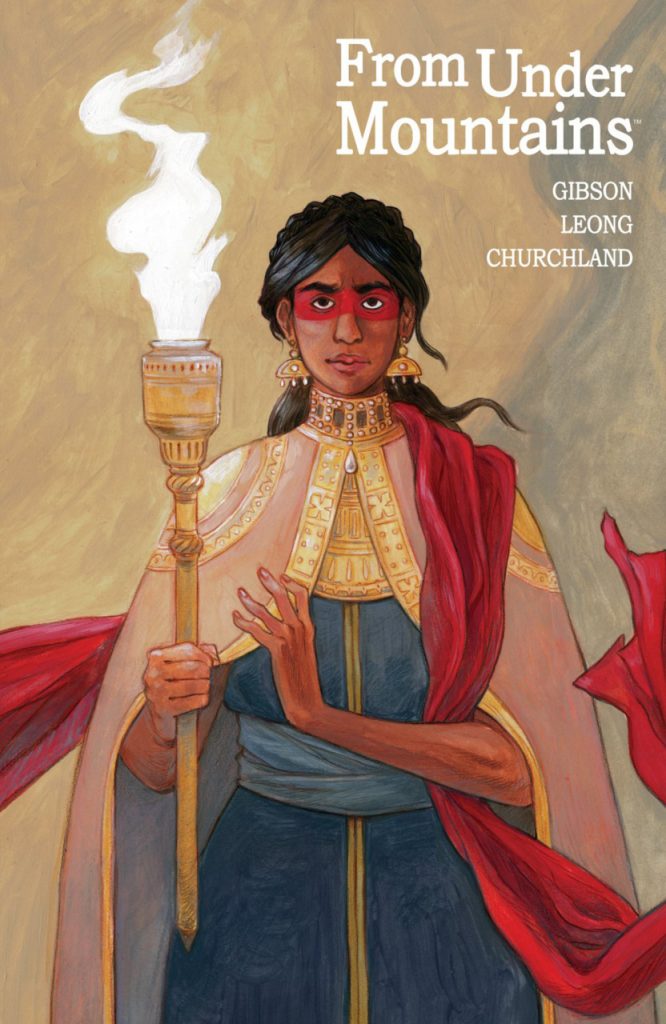 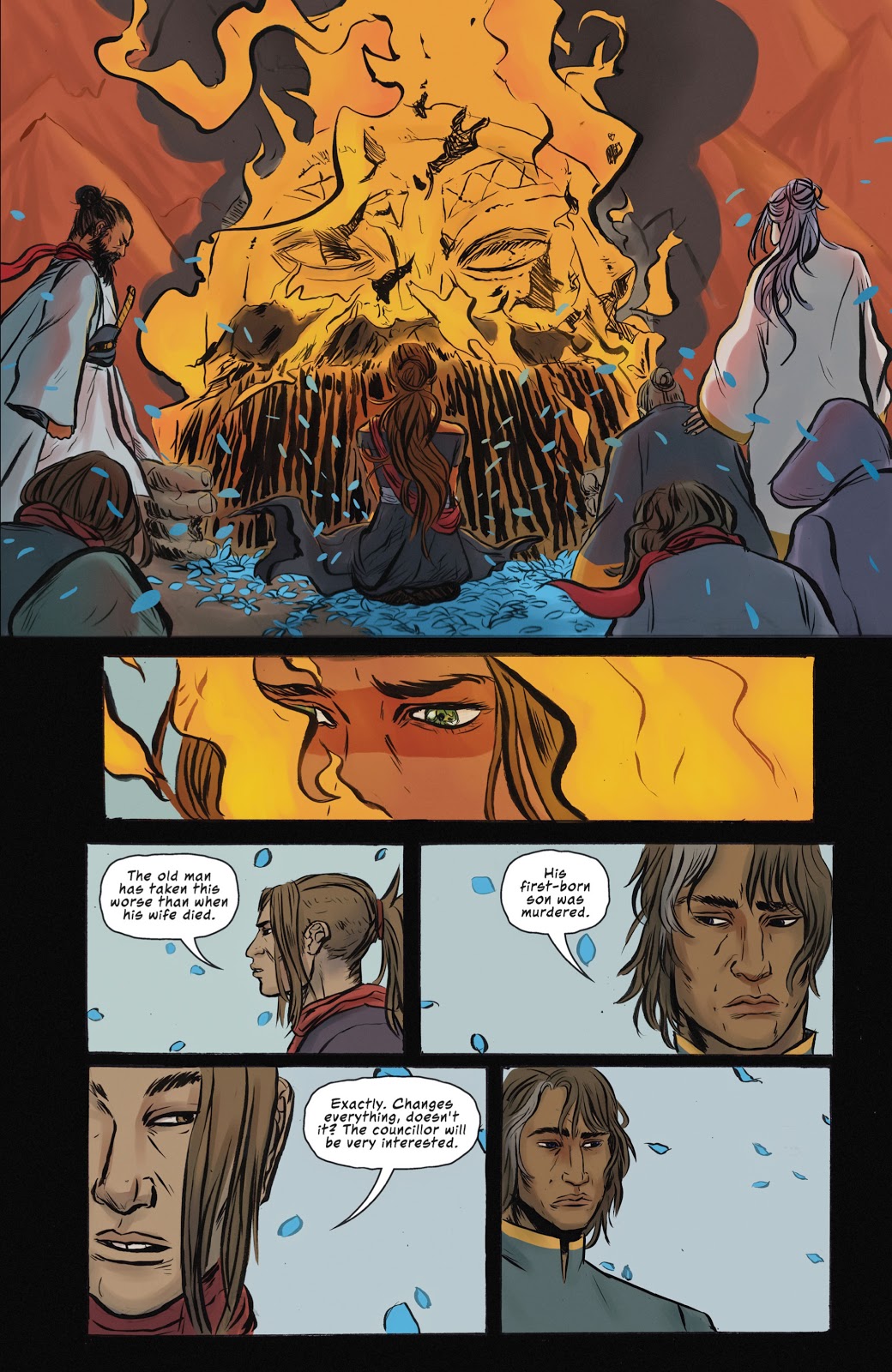 Image has carved out a reputation for creator-owned fantasy series, and has published some gems representing a previously neglected genre in comics. Sadly, From Under Mountains isn’t among them. While the avid fantasy fan may find more to love, Marian Churchland and Claire Gibson’s story never transcends the familiar.

The audience identification figures are the curious and suppressed Lady Elena, and a former hero, the knight Sir Fisher who’s done as much as he can to besmirch his reputation. Elena is gentry in the small mountain and seabound area of Karsgate Keep, which provides the sole link to the goblin lands. Something evil has set their sights on Karsgate Keep, and she has to step up after an unfortunate event. She’s surrounded by a stock repertoire cast of thieves, ghosts, knights, wise women and convenient prophecies, all the way down to the cameo for a surly innkeeper.

Churchland’s cover portrait is intriguing and welcoming until the misproportioned hand and the arm that’s too long is noticed, after which it’s difficult to look anywhere else. Thankfully, then, the internal art is by Sloane Leong, She’s not quite the finished article either, but very promising. The expressions she gives the cast are telling, and she uses distinctive colour rather than backgrounds, sacrificing detail for mood, which is necessary because From Under Mountains moves about as slowly as those mountains.

Part of the reason is Churchland and Gibson have put a lot of work into constructing their society, the customs, the hierarchy, and the grievances, and explaining it all requires a lot of talking. “Durand here is the first born son of a noble family. He would kill for a sliver of the glory you’ve turned your back on”, or “How can we expect them to honour a treaty that Akhar appears to have forgotten! The range cannot be held without Goblin support”. Too many of these explanations are statements made for the benefit of the audience rather than the person hearing them. Very little actually happens over six chapters, a fatal mistake being constantly referring to Goblins as dangerous and threatening, yet not bothering to show one.

For all the effort put into designing the cast, and kudos for barely any being Caucasian, Churchland and Gibson would be better off producing a novel, because there are hardly any concessions to what the comic form can offer. Talking heads predominate, and originality is minimal. A second volume was planned, but never appeared, and that’s really no surprise.