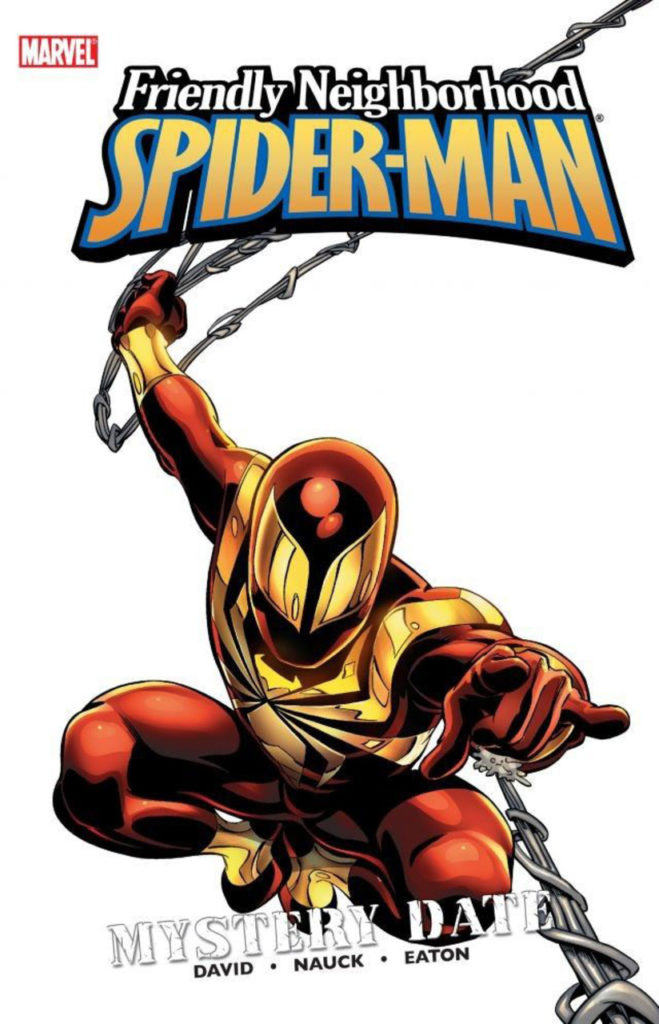 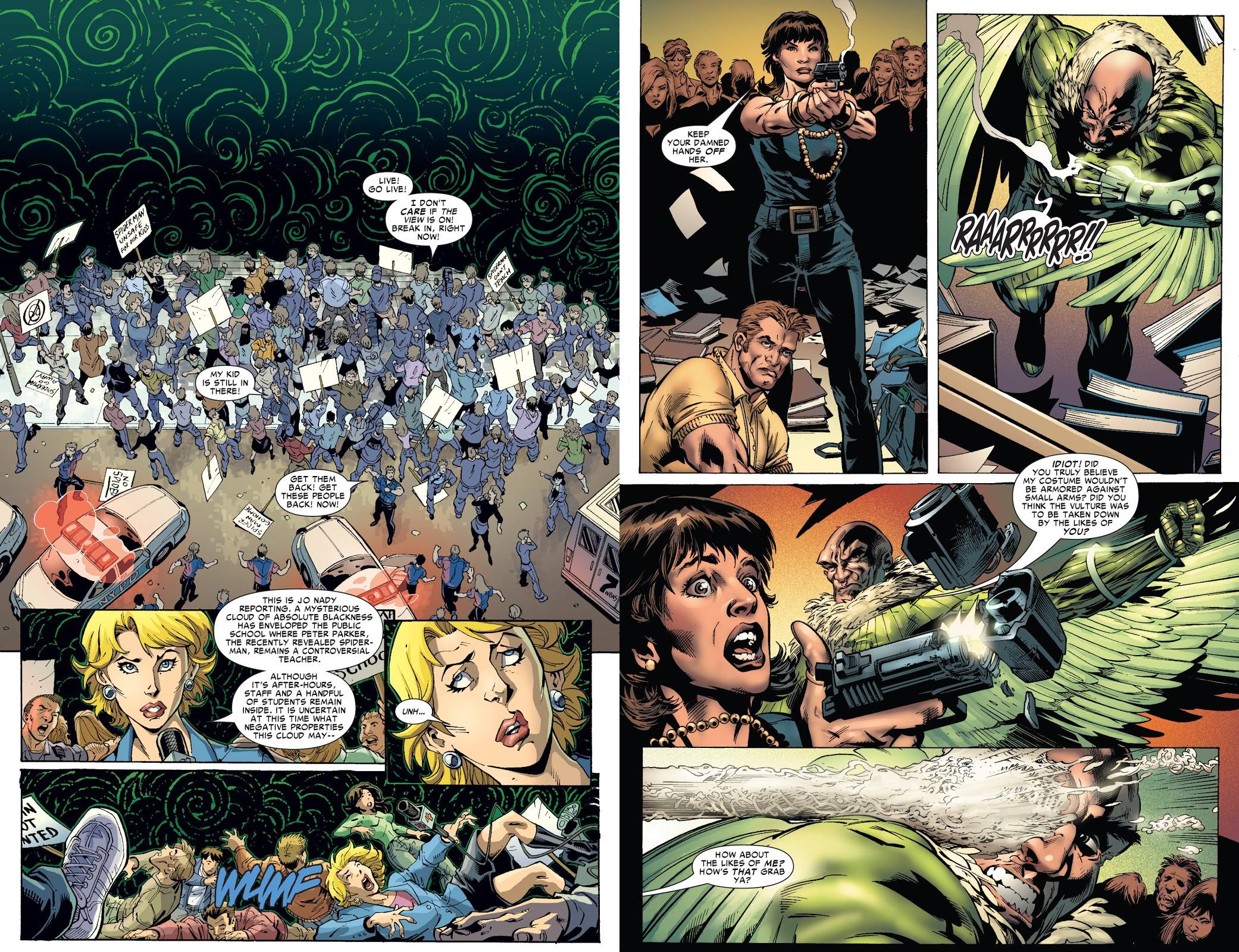 As the stories collected here were published, the Marvel superheroes lined up against one another either agreeing or disagreeing with the concept that the government should keep a register of their civilian identities. In Civil War, Spider-Man revealed himself as Peter Parker, and the problems resulting from that are Peter David’s starting point for Mystery Date.

The left hand sample art is by Todd Nauck then just starting out, and drawing comics more conventionally than he would later, but already with a dynamic sense of storytelling. Time hasn’t been kind to Spider-Man’s red and gold costume, but Nauck makes the most of it while excelling when it comes to Mysterio, all three versions of him as mixed by David into the three-part opening story. Mysterio’s methods involve illusion, and once that’s explained, it enables David and Nauck to drop in all kinds of strangeness.

David’s back to smart sitcom for the opening of the second story, in which villains figure it’s open day to attack the school Peter Parker teaches at. As is forcefully explained, although not by Spider-Man himself, if he’s able to beat them under normal conditions, what makes them think attacking a school is a smart idea? David doesn’t lack for smart ideas, including how Peter Parker can remain a teacher when his identity is known, a kiss and tell book, and a look into the Vulture’s background. A couple of pages add a layer of tragedy to his circumstances, before David creatively negates all the ways the Vulture’s been beaten in the past. He’s used to interrupt a neat cascade of personal moments investigating others affected by learning who Spider-Man is. Everything is phenomenally well drawn by Scot Eaton. Anyone intrigued by the subplot featuring the mysterious Miss Arrow is directed to Back in Black, where the continuity plays out.

Once again, this material was published alongside J. Michael Straczynski producing one of the greatest ever Spider-Man runs, but it’s never acknowledged how close David was pushing him. Mystery Date is another fine collection, available ludicrously cheaply for the enjoyment on offer. It’s combined with the previous Derailed in Friendly Neighborhood Spider-Man by Peter David: The Complete Collection.