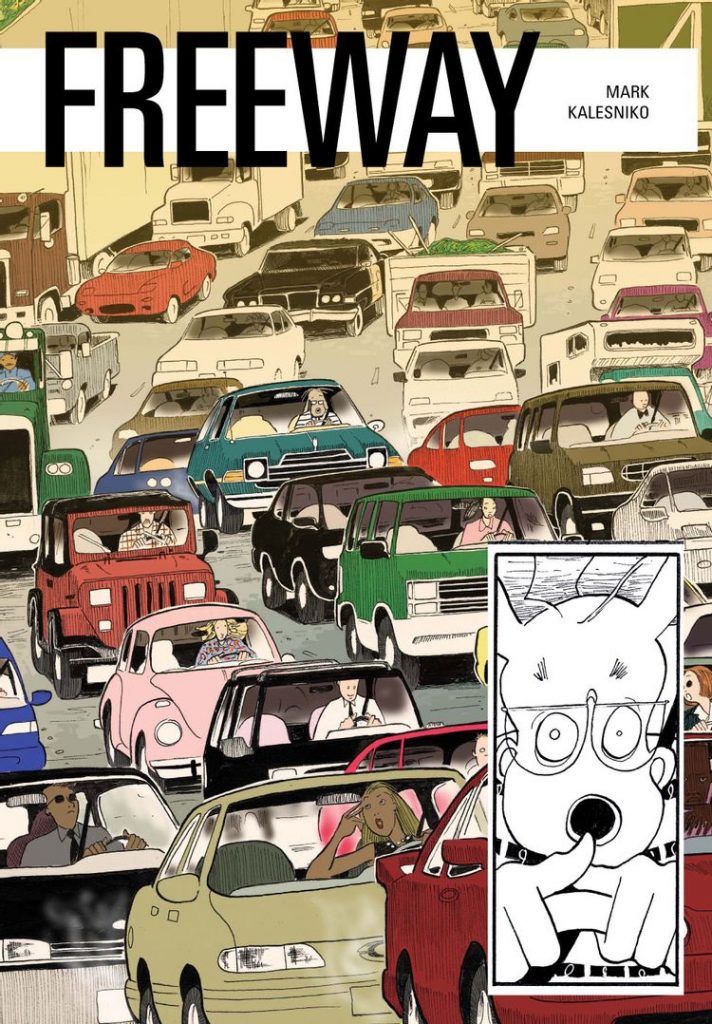 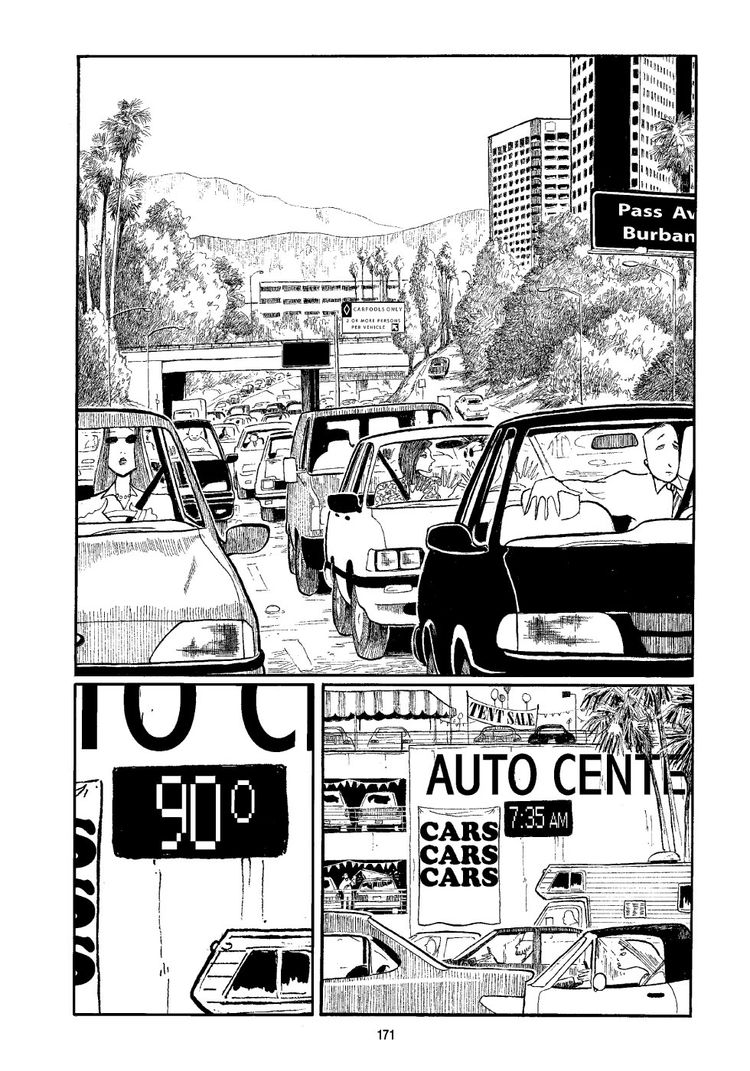 This is a forgotten gem: a superb quasi-autobiographical fable from animator and cartoonist Mark Kalesniko, which features another moving and thought-provoking reverie starring his dog-faced alter ego Alex.

Alex first appeared in the tale of an alcoholic ex-animator returning to his old hometown, following up in 1997 with Why Did Pete Duel Kill Himself?, an account of young Alex’s formative years. In 2001, the auteur diverged from Alex’s exploits to examine another aspect of the inherent isolationism of creative types in Mail Order Bride. Freeway marked Kalesniko’s return to his signature character to describe in powerfully oppressive form the heartrending misery of successfully attaining your greatest dream.

Young Alex has left Canada for Hollywood to fulfil his lifelong ambition of being an animator for the monolithic Babbitt Jones Productions (a transparently veiled Walt Disney Studios analogue), but the achievement of his passionate wish is not working out how he hoped. The neophyte seems to spend most of his day trying to drive to or from the studio, as it’s no longer part of the colossal Babbitt Jones main complex, but now hidden away in a seedy warehouse in a decidedly dodgy business district.

After the initial disappointment of discovering the animators and ideas that built the company have become sidelined and despised by corporate drones who now run the business, Alex settles in and begins the intolerable grind of making art by committee diktat. His eleation fades as he sees his fellow creatives slowly crumple under the unremitting pressures of office politics, daily compromise, poor leadership and lack of vision in a place where being good is less important than being compliant. Succumbing to nostalgia and seduced by his own joyous yearning for those good old days he never experienced, Alex falls in love with a co-worker. Typically, her family considers him an outsider.

Every day he sees the talent, imagination, aspirations and sensitivity of his fellow artists mauled by malicious ambition and jealousy, and every day he wastes angry and frustrated hours embedded in the vast aggressive steam kettle of the Los Angeles rush hour. Little wonder then that his fertile, repressed imagination begins to wander, but when daydreams of violent death and merciful release are more satisfying than your life, how long can a creative soul last before it withers or snaps?

This mesmeric saga is deliciously multi-layered. It blends compelling narrative with tantalising titbits and secret snippets from the golden age of animation, with rosy reveries of the meta-fictional post-war LA and the sheer tension of a paranoid thriller. Kalesniko opens Alex’s mind and soul to us but there’s no easy ride. Like Christopher Nolan’s Memento, there’s a brilliant tale unfolding here but you’re expected to pay attention and work for it.

Available in paperback and in digital formats and illustrated with stunning virtuosity in captivating black line, Alex’s frustration, anger, despair, reminiscences and imaginings from idle ponderings to over-the-top, compulsive near-hallucinations are chillingly captured and shared in this wonderful book. It can be happily read in isolation of all the other tomes previously cited. And happily, they’re still available and recommended and can only enhance this glorious and bold truly graphic novel. 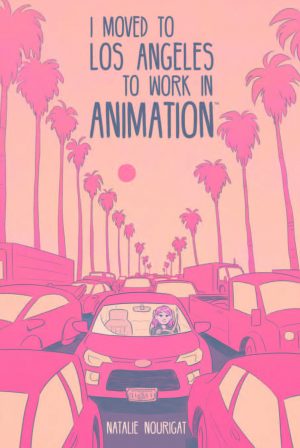 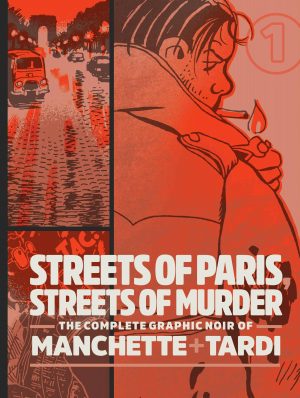