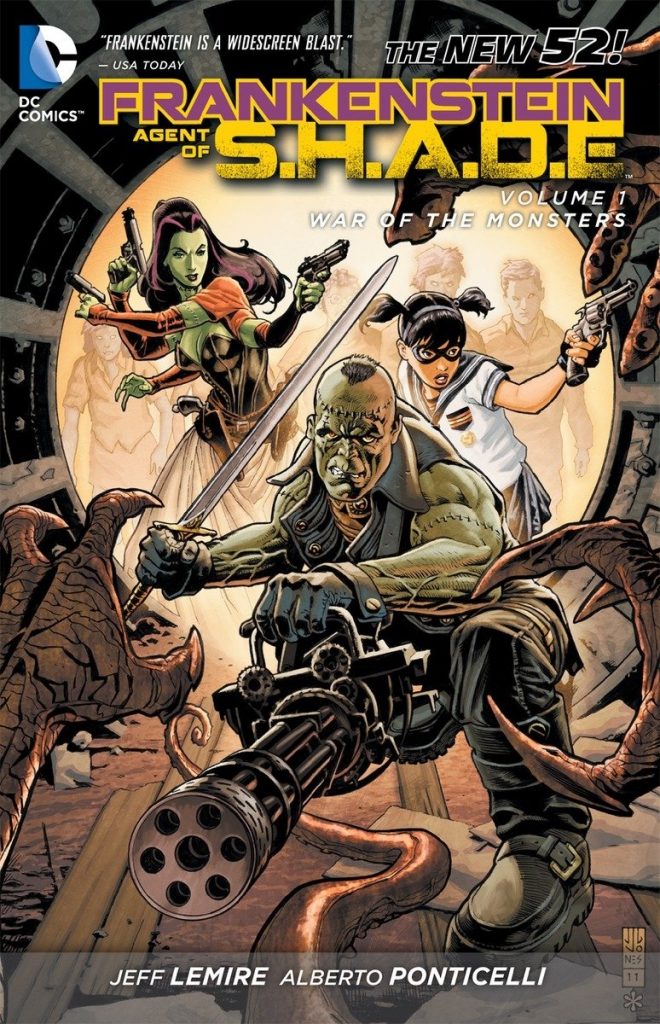 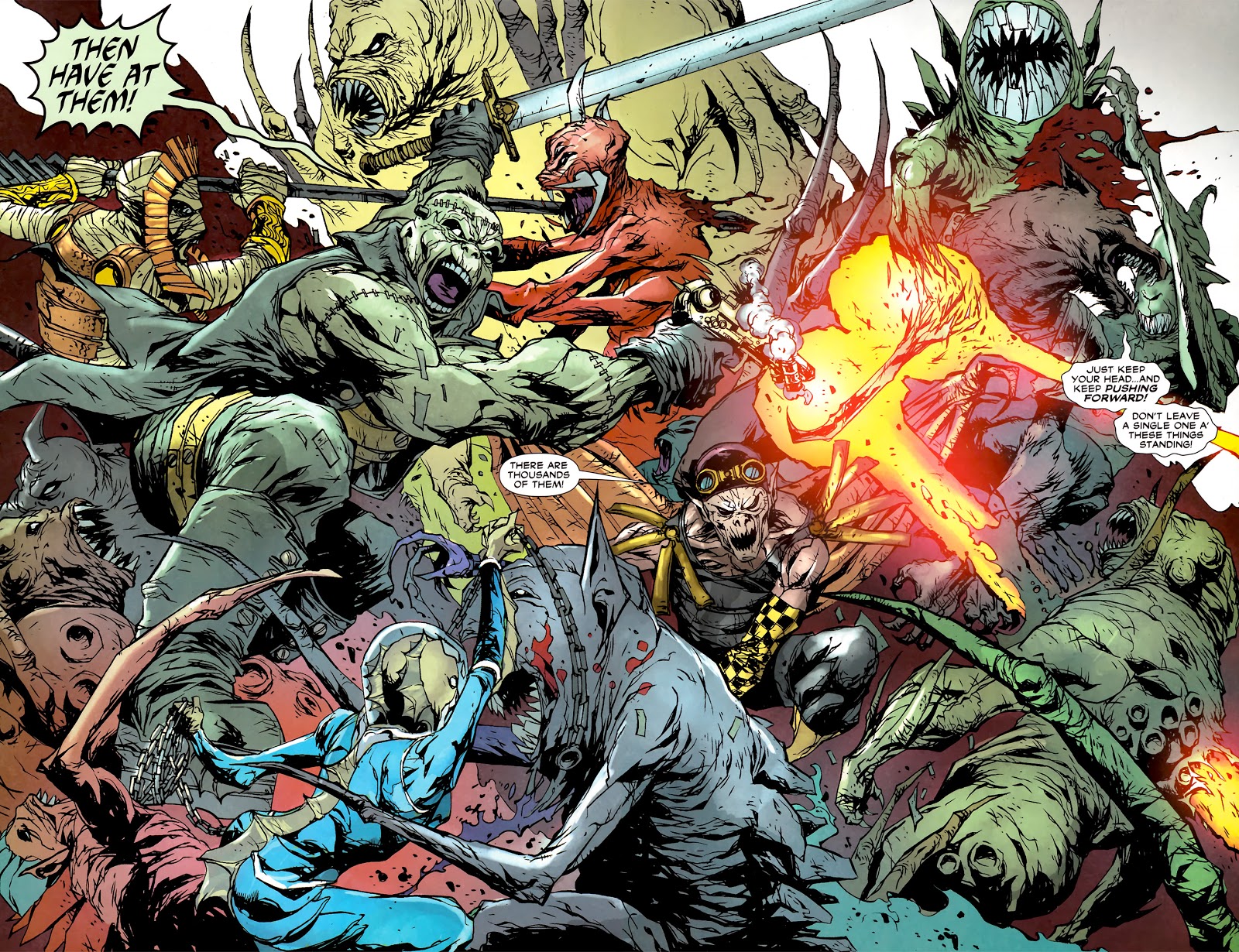 Think this is just a series about monsters? Jeff Lemire introduces more mind-boggling ideas in the opening five pages than you’ll find in the entirety of many graphic novels. The Super Human Advanced Defense Executive is housed in a small moveable sphere hovering above Manhattan. Access is via combining teleportation with the shrinking possibilities developed by the Atom. It’s staffed by artificial humanoids who decompose after 24 hours, and S.H.A.D.E.’s director Father Time sheds bodies the way some people change suits. The Creature Commandos turn up, a vampire, a werewolf, a mummy and an amphibious monster introduced to the mix, but Lemire plays the ridiculous scenario with a completely straight face that never slips. The truth is that this is mainly about monsters, but Lemire’s so creative he can’t help but throw ideas into what’s the best monster movie you’ll never see on screen. Time after time Lemire comes up with a great line prompting a hearty laugh: “Frankenstein’s vengeance does not discriminate on the basis of age”; “This place is an advertisement for mad science bound to go wrong”; or “How intensive is your combat training?” and the response of “Umm… I do yoga”.

The manic detail of the sample art represents Alberto Ponticelli’s approach the whole way through. He creates spread after spread of insane monster vs monster scenes, an explosive inflation of the doodles you used to draw in the back of the maths class. When he’s not taking the wide view he’ll pull the viewpoint so close into the monster’s mouth you’ll be ducking the slaver. Lemire keeps throwing in marvel after marvel, and Ponticelli takes them all in his stride, drawing the hell out of them. He’s also very adaptable, and when a different style is more suited to the final chapters, Ponticelli can deliver it.

Plot? Well, we begin with 100 pages of mayhem as Frankenstein and his allies first deal with an alien infestation at the bottom of a lake, and are then punted through a dimensional portal to face whole planet of monsters. Then there’s 20 pages of mayhem as Frankenstein takes on Omac. Then there’s a pause for breath, but Lemire has been foreshadowing all along, and the results of that unwind over the closing episodes. These have some touching moments as the final consequences of the Vietnam war play out.

Everything ends with a cliffhanger that should drag most people to Secrets of the Dead. 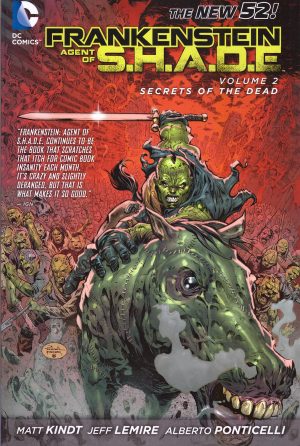