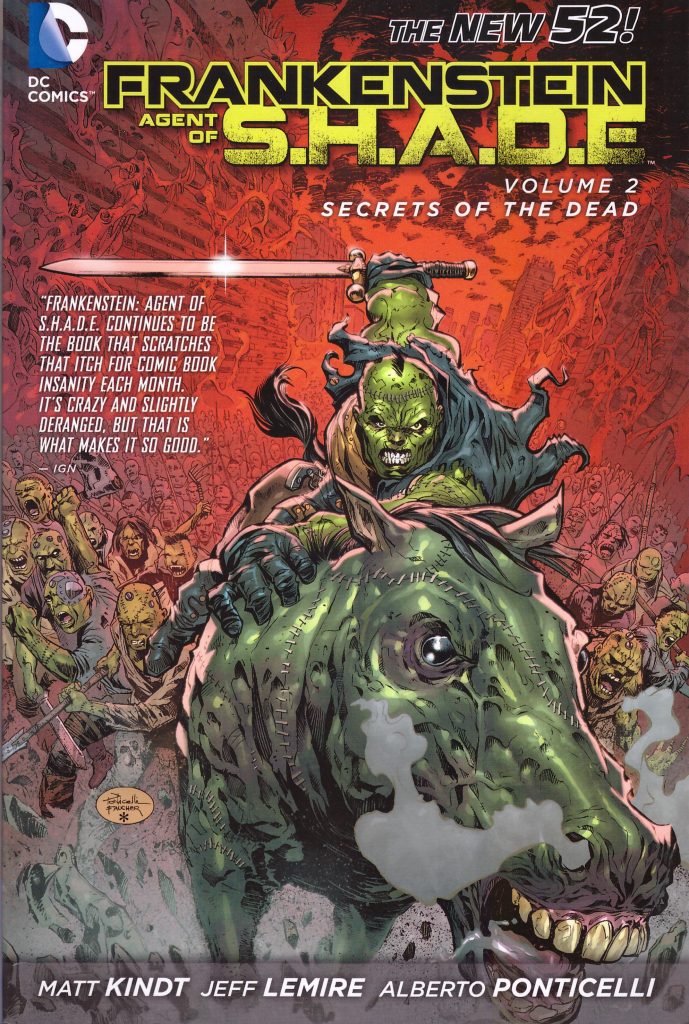 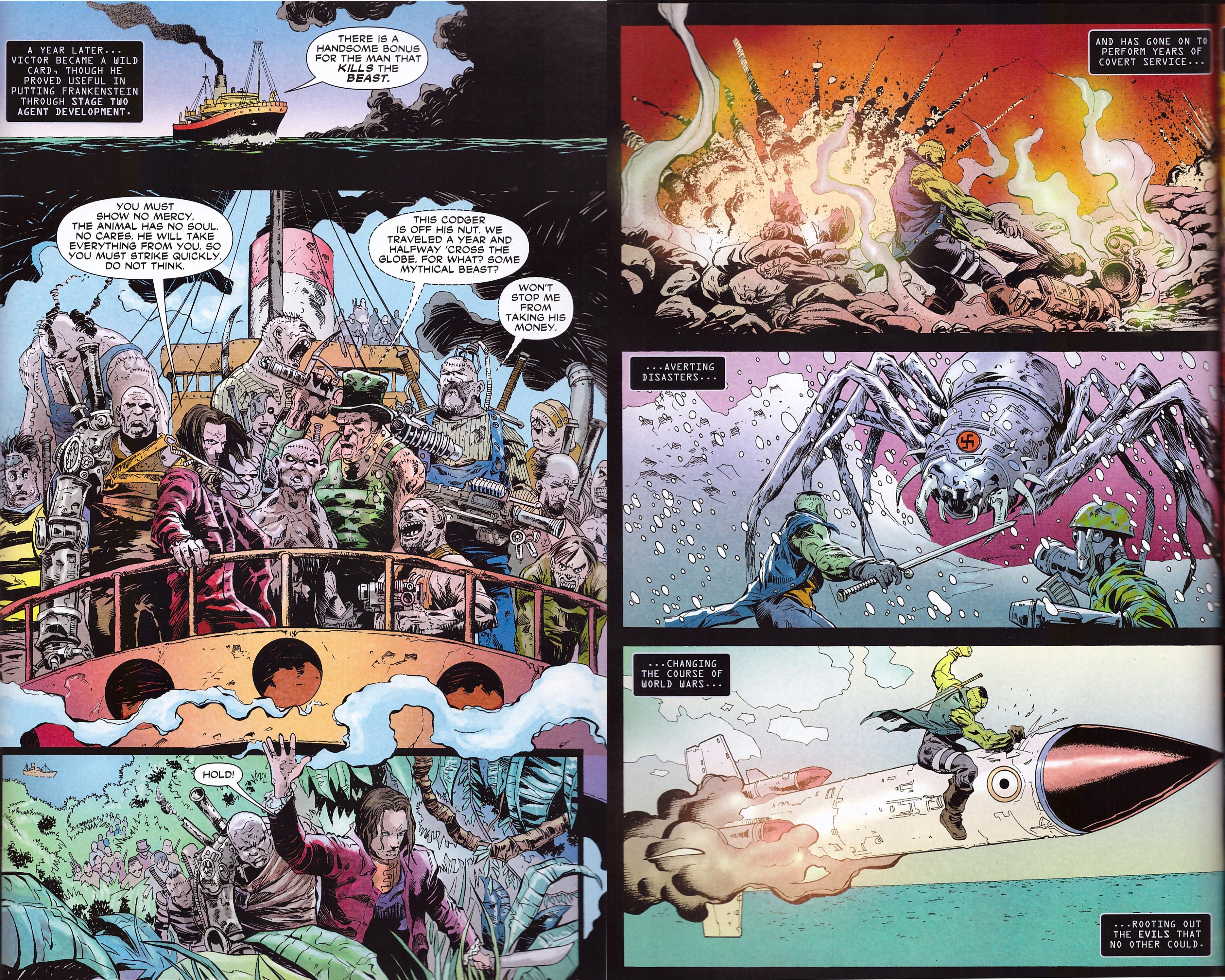 War of the Monsters was a hell of a lot of fun. Frankenstein and his massive sword set about monsters in their thousands, all imaginatively drawn by Alberto Ponticelli. Secrets of the Dead isn’t as much fun, as it’s afflicted by plot. Normally this would be a good thing, but not here. Jeff Lemire begins the process of attempting to humanise Frankenstein, and that’s continued by Matt Kindt, who introduces greater levels of angst as memories from his constituent stitched parts begin to surface. That’s combined with an increasing investigation of his past. What was Victor Frankenstein really like beyond his massive scientific talent?

It’s a valid enough direction, but after a graphic novel when Frankenstein fought planets full of monsters, seeing him take them on one at a time doesn’t generate the same excitement. Neither does Kindt continue with the sardonic dialogue that moved Frankenstein away from what he was expected to be. He’s not quite as verbose, but with all the soul searching here Frankenstein would be at home in a 1980s X-Men story. Kindt’s “Frankenstein cannot die. Frankenstein suffers not the pestilence of fools and Frankenstein does not rot” hardly carries the lightness of touch Lemire applied to the previous collection. But then he hardly pushes the boat out over the opening two episodes, following up on his cliffhanger ending to War of the Monsters very ordinarily.

Ponticelli holds his end up. Just look at the crew of cut-throats on the sample art, and he may be drawing them singly now, but his monsters are every bit as, well, monstrous. A rare smile to be had in Secrets of the Dead is the other sample page, glimpses of how Frankenstein has served S.H.A.D.E. over the decades, joyously drawn by Ponticelli.

Part of the reason most of the volume is pretty turgid stuff is because the story crosses over with Animal Man and Swamp Thing, and pieces that might make sense of things and give a greater sense of threat possibly occur there. Or possibly the entire idea of rot attempting to overflow the planet wasn’t very good to begin with. A less ambitious, but more successful single chapter ends the book and the series, with Frankenstein later playing a large part in The New 52: Futures End.

For some reason Amazon listings title this book Son of Satan’s Ring. It’s presumed this was a title under which the collection was announced before someone informed DC of how that title could be understood.