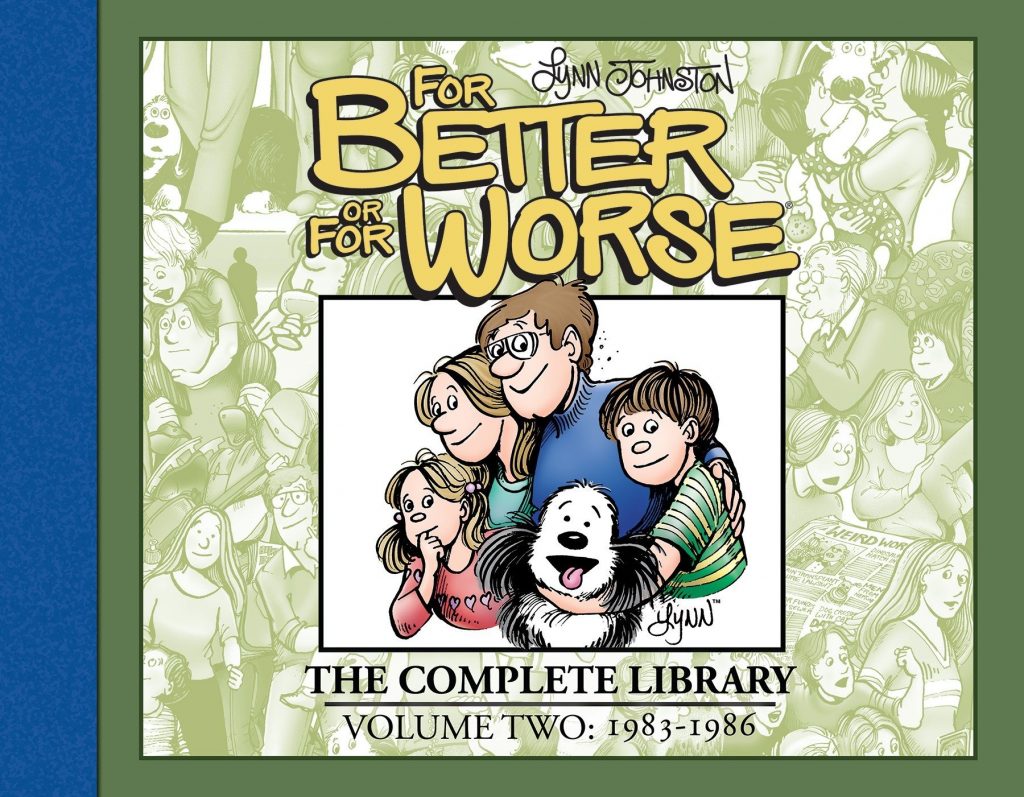 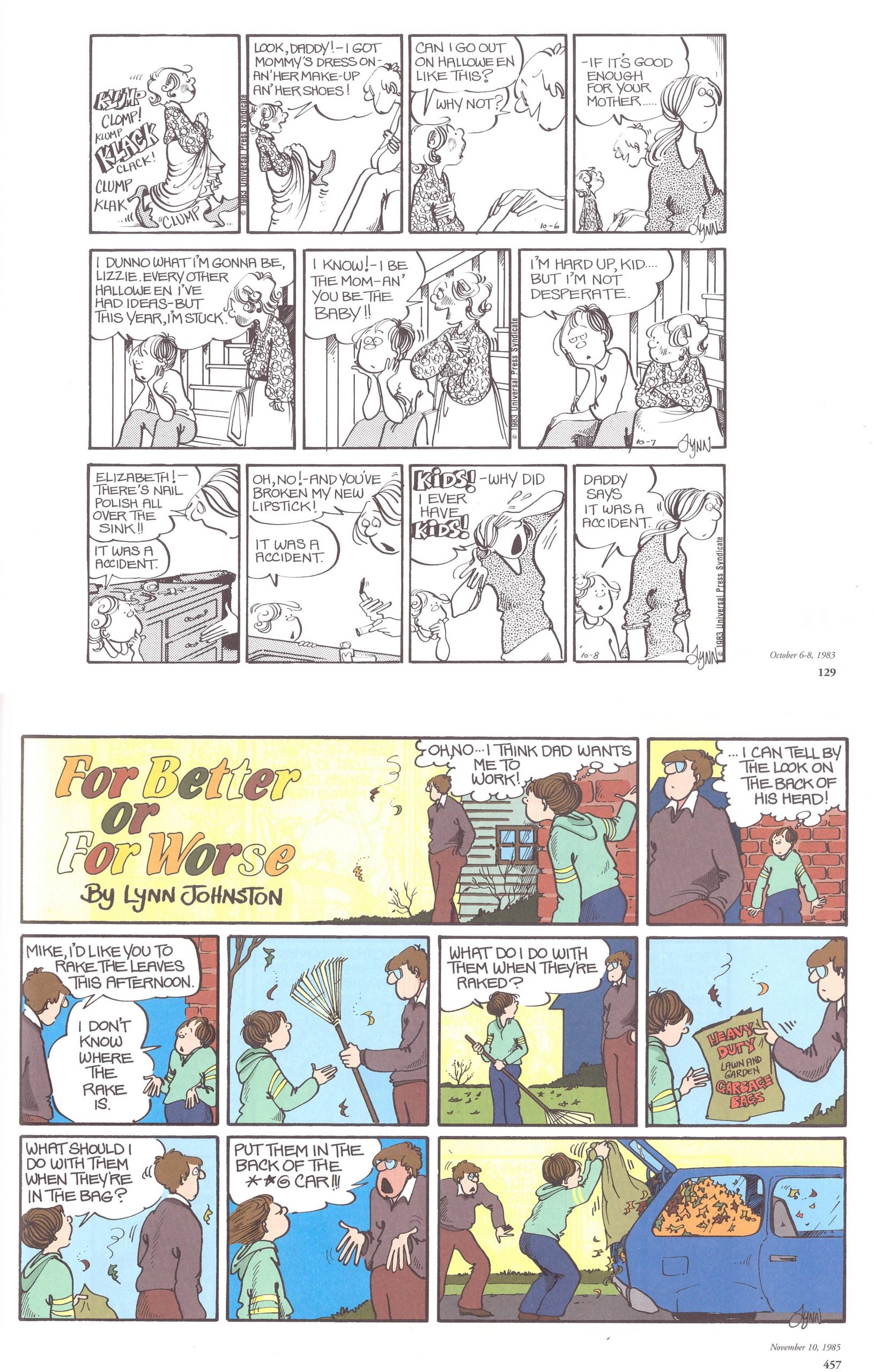 It’s beautifully drawn and never less than competently written, but in some ways the material collected in the first volume of For Better or For Worse, the strip’s first three years, was a testing ground for Lynn Johnston. By the end of this content she’s shaped the strip into what it’s known for. That’s not to say drama immediately supplants the jokes. There are plenty of laughs still be had both on the exquisitely crafted black and white daily strips, and the longer colour Sunday pages, but as noted in Mike Peters’ introduction, this time when the family go away, it’s not just more gags in a different location. Johnston is beginning to explore the possibilities.

That’s not only via the locations and threads. Continuity is a definitely a greater consideration. The top strip on the sample art from early October 1983 has Elizabeth asking about a Halloween costume. It supplies a good gag, but when she goes out for Halloween several pages later, that’s what she’s wearing. Here’s where some early characters are deemed to have outlived their usefulness. A married and settled Phil is gradually fading out, no longer the unpredictable maverick, and more surprising is Connie and Lawrence’s exit in July 1985. As she’s decided the cast will age more or less in real time, it’s Johnston supplying a greater reflection of real life, where people move on and lose touch. Conversely, Deanna Sobinski, Michael’s third grade crush, will have a major impact years later.

Johnston’s also beginning to tackle more serious issues, or at least tackle them as something other than just a gag topic. Early on we see Michael bullied, and some strips don’t lead to punchlines, but to a wistful or poignant comment. When those punchlines come, they’re, well, punchier and less predictable than before, one praised by Charles Schulz as a favourite, and Johnson’s own favourite is on page 345. A sequence on a plane with a priest results in several intelligently quirky observations. Homer Simpson’s comment about an obvious newspaper strip being funny because its true rightly punctured feeble gag strips, but much of Johnston’s strips resonate for exactly that reason. So many people with children, dogs or even a hamster can relate, and it’s one reason for Johnston’s success. She’s also good at leading an obvious situation, such as the attractive woman Elly works with, into less obvious territory, such as John’s insecurities. All his luck is poor in this collection, culminating in a broken foot in the most ridiculous of circumstances at Christmas.

It took a while for Johnston to settle into her artistic comfort zone over the strip’s early days in Volume One, but now there’s a cultured elegance to her line, and a wonderful economy to the strips. Some are still detailed, Johnston drawing a wonderful mess around the house, and her notes on assorted strips indicate a pattern of challenging herself as an artist and storyteller.

Laugh out loud punchlines, perfectly paced and executed, great cartooning, taking the time to flesh out minor characters to give the audience sympathy… This is a first rate collection, and there are plenty more to come. The only slight disappointment is the lack of a bookmark sewn in this time round. At over 550 pages covering three and half years of quality continuity from early 1983, it’s needed. Volume Three continues from late summer 1986.