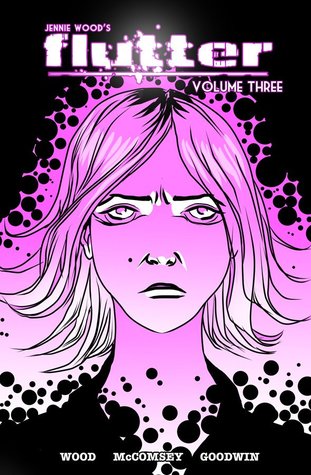 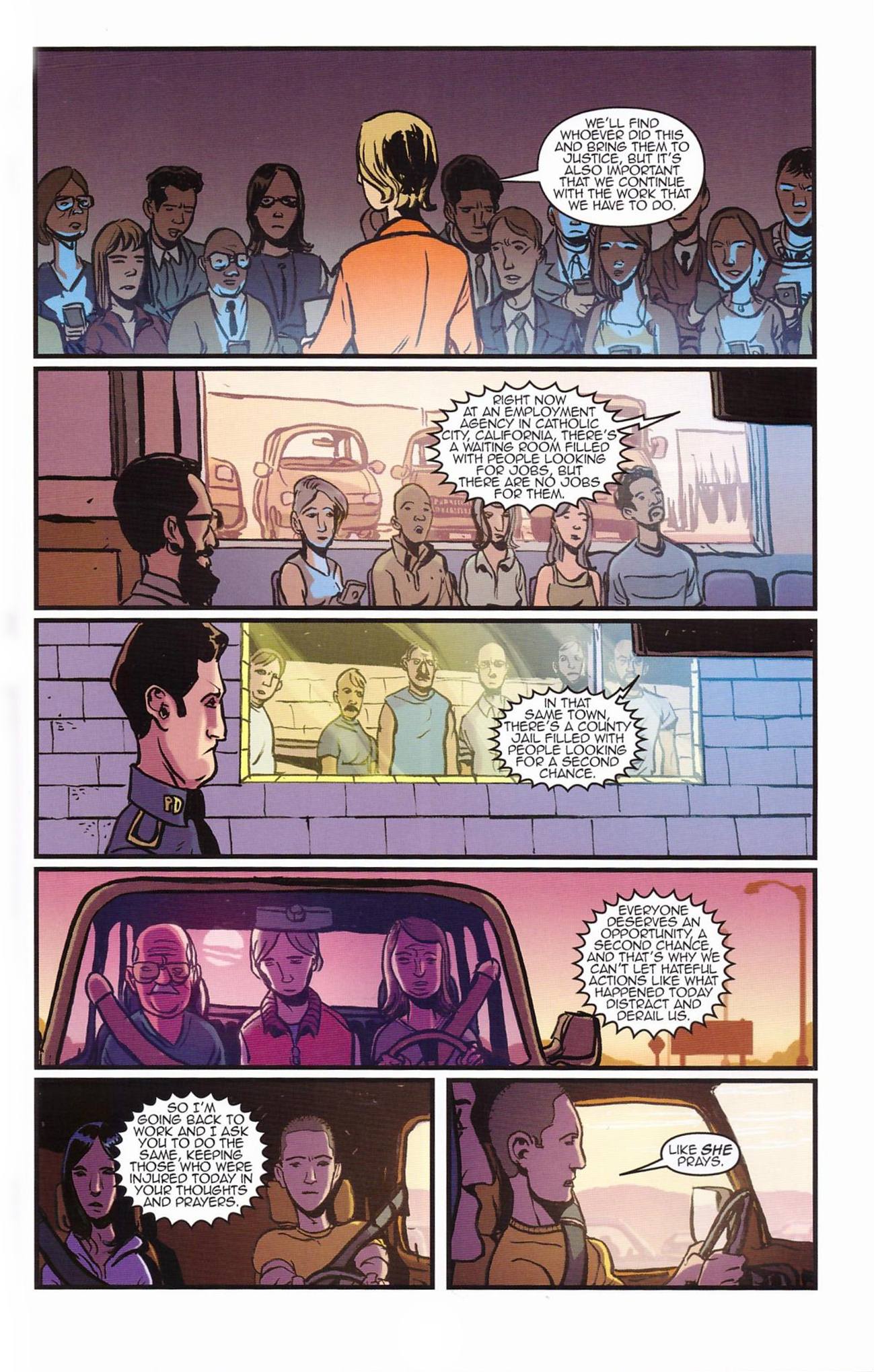 Jennie Wood and Jeff McComsey’s slightly ahead of its time meditation on gender and identity concludes with these final four chapters.

Over two previous volumes we’ve learned that due to experimentation before she was born, Lily can alter her body shape and is super strong. Although she has performed some heroic deeds, the drama of Flutter is far removed superhero tropes, with Wood concentrating on Lily’s complicated personal life. She’s masqueraded as a male counterpart Jesse to win over one girl, but eventually instead ended up with another, Penelope, as herself. Complicating matters further, as seen in Don’t Le Me Die Nervous, experimental treatment for Penny’s fatal condition has left her experiencing psychic flashes. That volume ended with the question of whether or not Lily prefers life as Jesse, and both characters moving to Hollywood.

Rid of Me picks up eighteen months later, and is a considerable departure, although naturally engineered from events shown earlier. Instead of finding her way near enough anonymously, Lily is forced into a situation where she has to take direct action in what’s fundamentally a dramatic thriller, while Wood funnels in wider social issues. Racism, gender politics and misogyny are apparent in passing and there are a few pointed comments on matters such as the lack of a Women’s History Museum, around which Wood stages a major event.

Concerns about McComsey’s artistic inconsistency evaporate with this conclusion. He’s now on point every page having settled into a style that suits him. It’s simple, and if the characters aren’t the most expressive, it meets the needs of the story.

The way Wood has accelerated Flutter and taken it into new territory with each new volume is smart, and there’s a very clever payoff concerning identities, during which the entire series is satisfyingly resolved. There are some weaknesses, such as the death of character seemingly not having the impact one might imagine, and some clumsiness in tying up the plot threads concerning supporting characters, but taken as a whole Flutter is well considered, dramatic and well worth picking up. The Flutter collection from Dark Horse is far easier to find, especially as Amazon only list the digital versions of this conclusion.