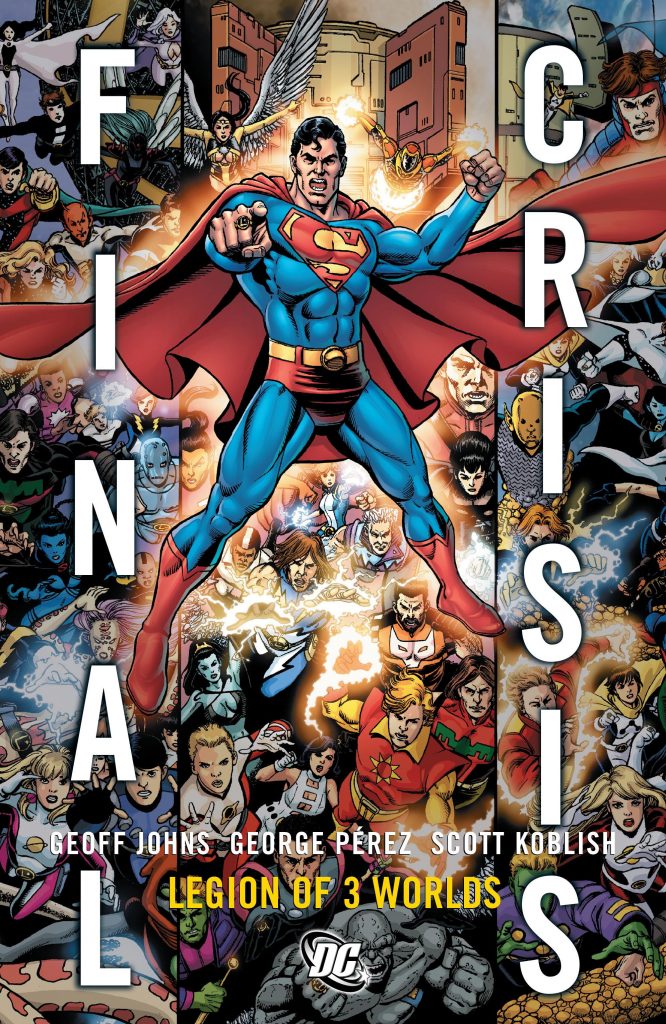 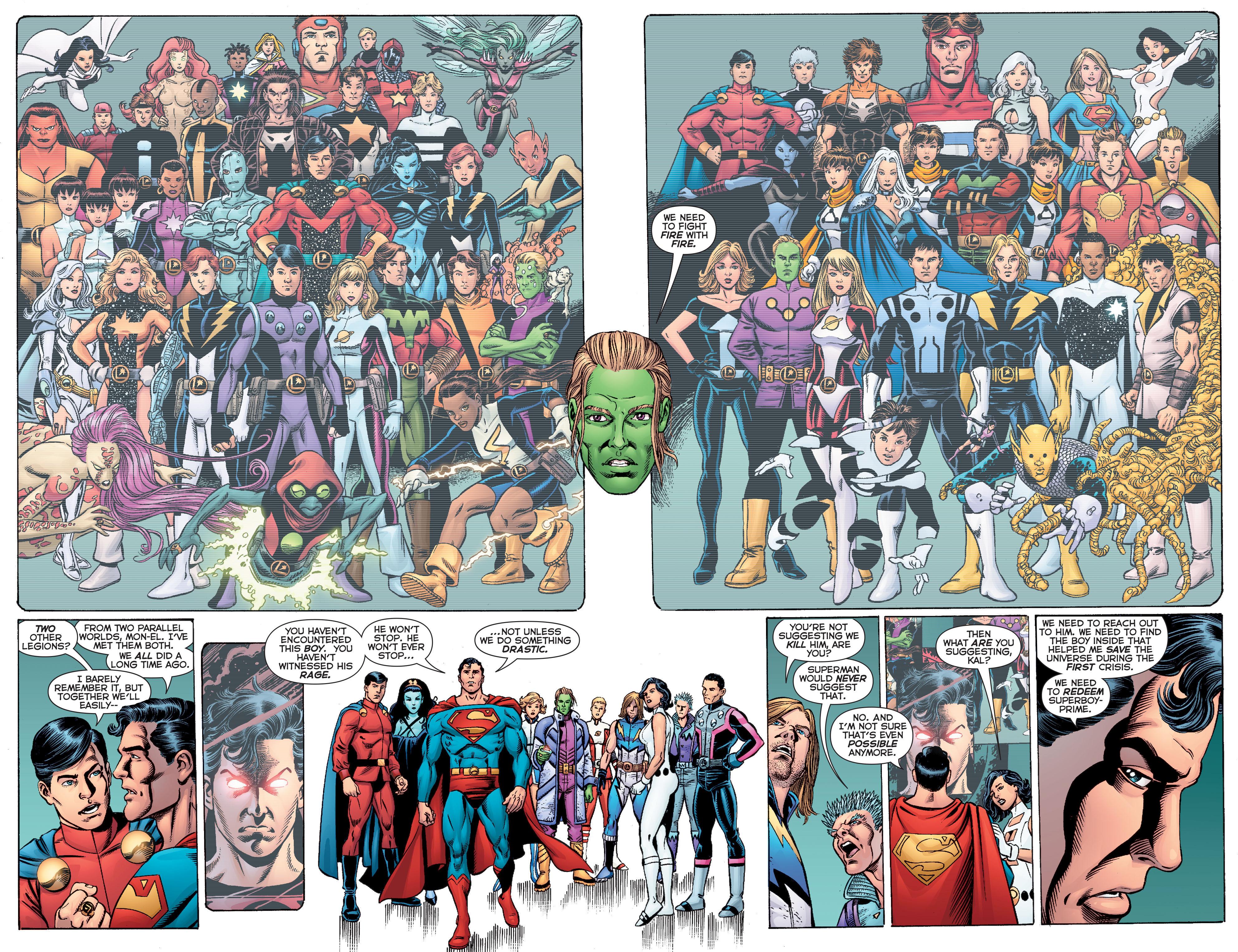 Legion of 3 Worlds arrived during an era when the Legion of Super-Heroes stock had fallen, but there’s no faulting the editorial goodwill of allocating a wish fulfilment creative team of Geoff Johns and George Pérez. Nor for using the Final Crisis tie-in to tell a crowd pleasing story that actually has little to do with Final Crisis. Johns begins by adding a coda to his Superman and the Legion of Super-Heroes story, and introducing the menace by shifting Superboy Prime to the 30th century. He manages to unite all the Legion’s foes, constituting a menace of such proportions three alternate teams of Legionnaires are required to deal with him, not coincidently those readers will have read about over the years, now consigned to alternate universes.

Given his joy at packing stories with as many characters as possible and Legion of Super-Heroes being a series that consistently does that, Pérez as artist is the perfect match, and he relishes the assignment. He’s not content with defining three LSH incarnations, several times over the same spread, and as that’s not enough he begins with a tour of the 30th century Superman Museum, packed beyond belief with lovingly drawn artefacts and minutae.

If you’re already a Legion of Super-Heroes fan then Legion of 3 Worlds is really something to behold. Johns establishes the threat easily enough, but this is a love letter to all incarnations of the Legion, their allies, their worlds and their foes. He includes so many nice little touches in passing, keeps the cast true to their characters, no mean feat when there are three versions of several of them. However, targeting everything at the hardcore Legion fans is no exercise in inclusion. Even those with a passing knowledge of the feature may find themselves wondering about certain aspects of what’s going on, and the truth is that try as he might, with three lead teams each with a roster in excess of two dozen, Johns just hasn’t the space to concentrate on each of them. Fans of Element Lad or Timber Wolf will be disappointed. Balanced against that, the mystery of long time villain the Time Trapper is revealed, and it’s neat, and there’s more joy to be had with an ending that in effect restores vanished versions of Legion continuity (for the brief time until they were wiped again). It seems a strange place to restore some Teen Titans, but that happens also.

There are enough people who’ve followed the Legion for decades who’ll consider this an absolute delight, but it’s not the place to start reading about the 30th century teens.