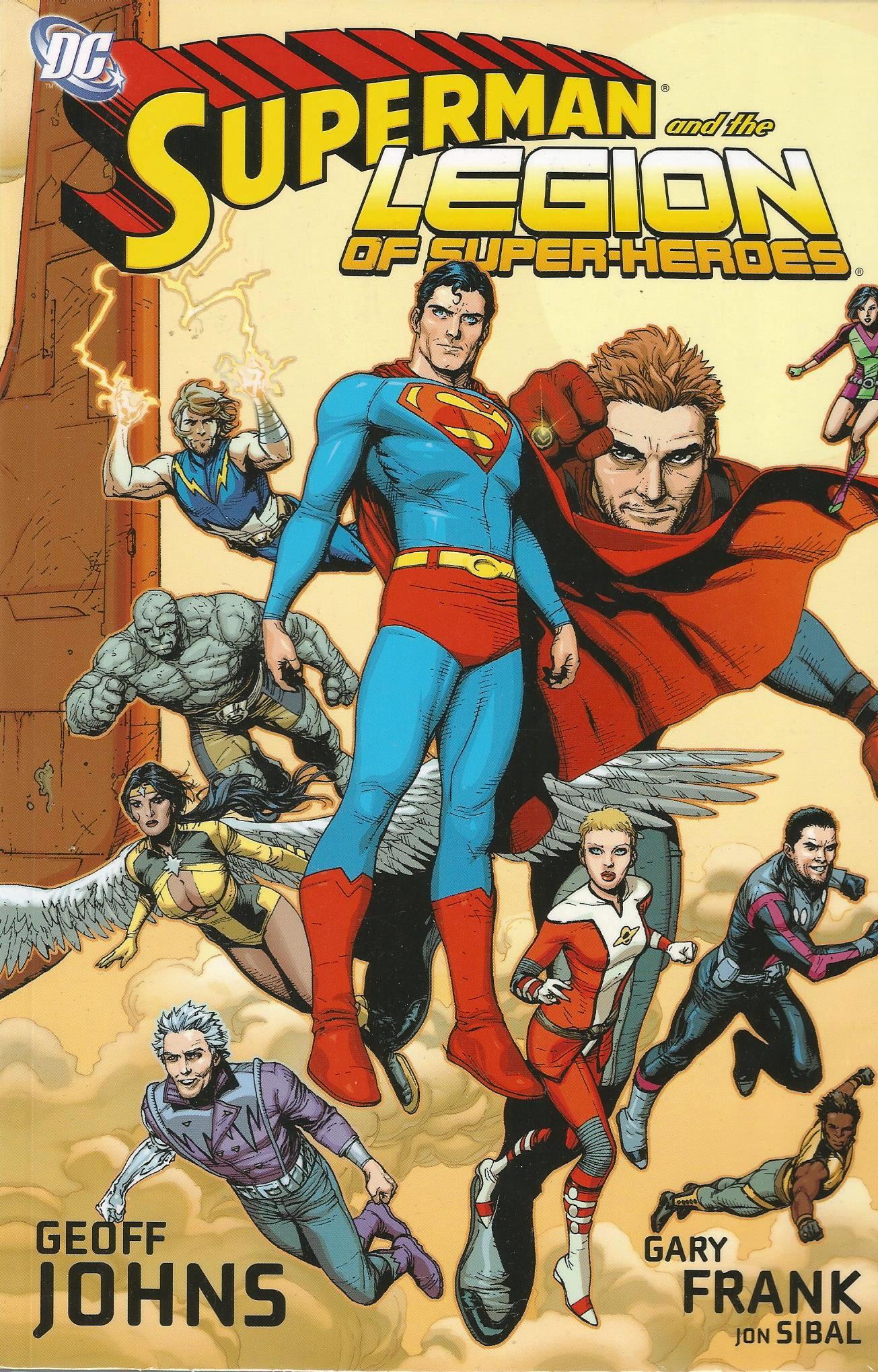 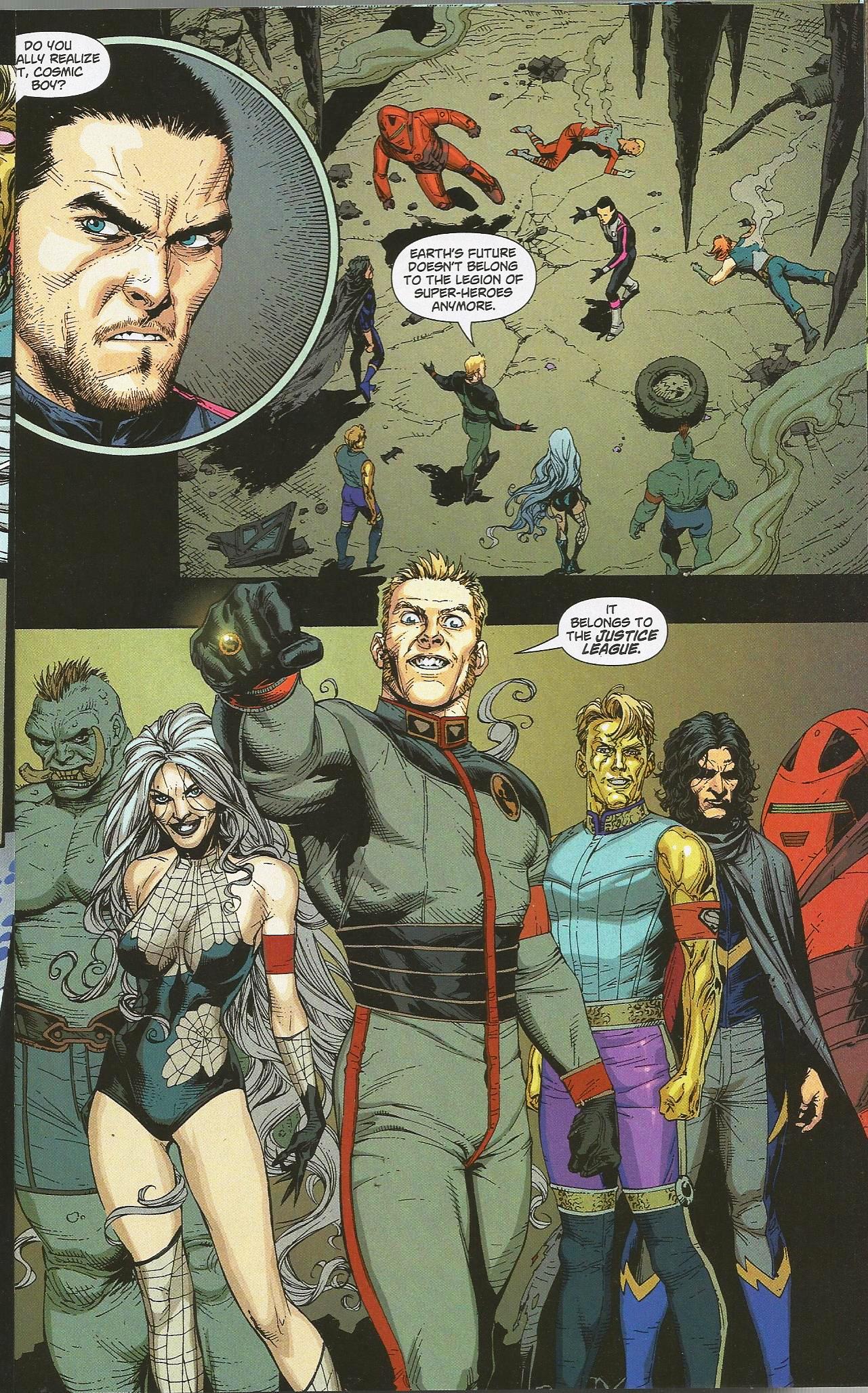 The Legion of Super-Heroes is one of DC’s most intensely beloved and most troublesome properties. The multiple super-powered youths (usually) from distant planets of the far future, have been inspired by Superman (usually) into lives of heroic dedication. The 30+ team roster, huge supporting cast and boundless settings, have often been critically excoriated, but at several points in the series’ long history, it’s been one of DC’s best sellers.

At the time of the story collected in this volume, however, the Legion  was in creative and commercial freefall. The premise had been completely scrapped and rebooted twice, and the highly-anticipated return of writer Jim Shooter, who had given the team some of its greatest stories in the 1960s, was proving disastrous. Allegations of editorial interference, collaborative ineptitude, and other animosities culminated in Shooter’s walking out, and the series, haemorrhaging readers, was eventually rushed to a premature conclusion, with the final issue being bodged together from Shooter’s script notes.

Taking that in into account is why this story arc, published during Shooter’s tenure on the Legion series, gave long-time readers some hope. In a future just a little further on from the Legion’s ‘norm’ – the group are young adults, though still going by ‘Boy’ and ‘Girl’ codenames – planet Earth has fallen under the influence of the xenophobic Earth-Man, a power-draining parasite who was once a rejected Legion applicant. Together with his Justice League of Earth – other rejected Legion applicants, all having had their powers substantially enhanced – he has spearheaded an alien-hating mass movement resulting in Earth’s withdrawal from the United Planets, and the execution or exile of non-Terrans. Many of the Legionnaires are missing or in captivity, and the remainder in hiding. In desperation, they reach back to Superman, one of their mightiest members and their inspiration, for help, and even though it has been years, he answers the call.

The result, tensely-paced thriller though it is, is a foregone conclusion, but the presentation of the Legion is crucial, and here it’s note-perfect. Working with older versions of the original team, rather than the ‘Reboot’ or ‘Threeboot’ versions, Johns revitalised a dying franchise. Gary Frank’s artwork is, as ever, detailed and lush, and if his trademarked look of slight craziness is prevalent, well at least the heroes have an excuse, having been hunted for months, for not looking their best!

This story was so well received that it may actually have hastened the demise of Shooter’s version, as readers saw what could be accomplished with the team. A few back-up stories by Johns were run in the revived Adventure Comics, and plans made for this version to become the new ‘definitive’ Legion, with a new series written by Paul Levitz, another highly-lauded former scripter of the Legion, returning to the fold.

Well… it seemed like a good idea at the time.

For what happened next, see Legion of Super-Heroes: The Choice.