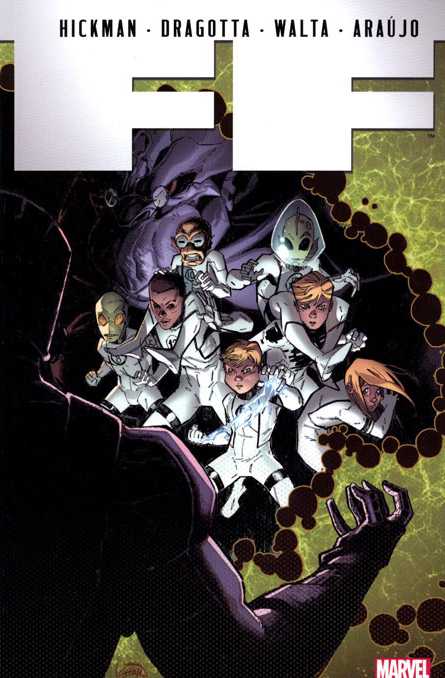 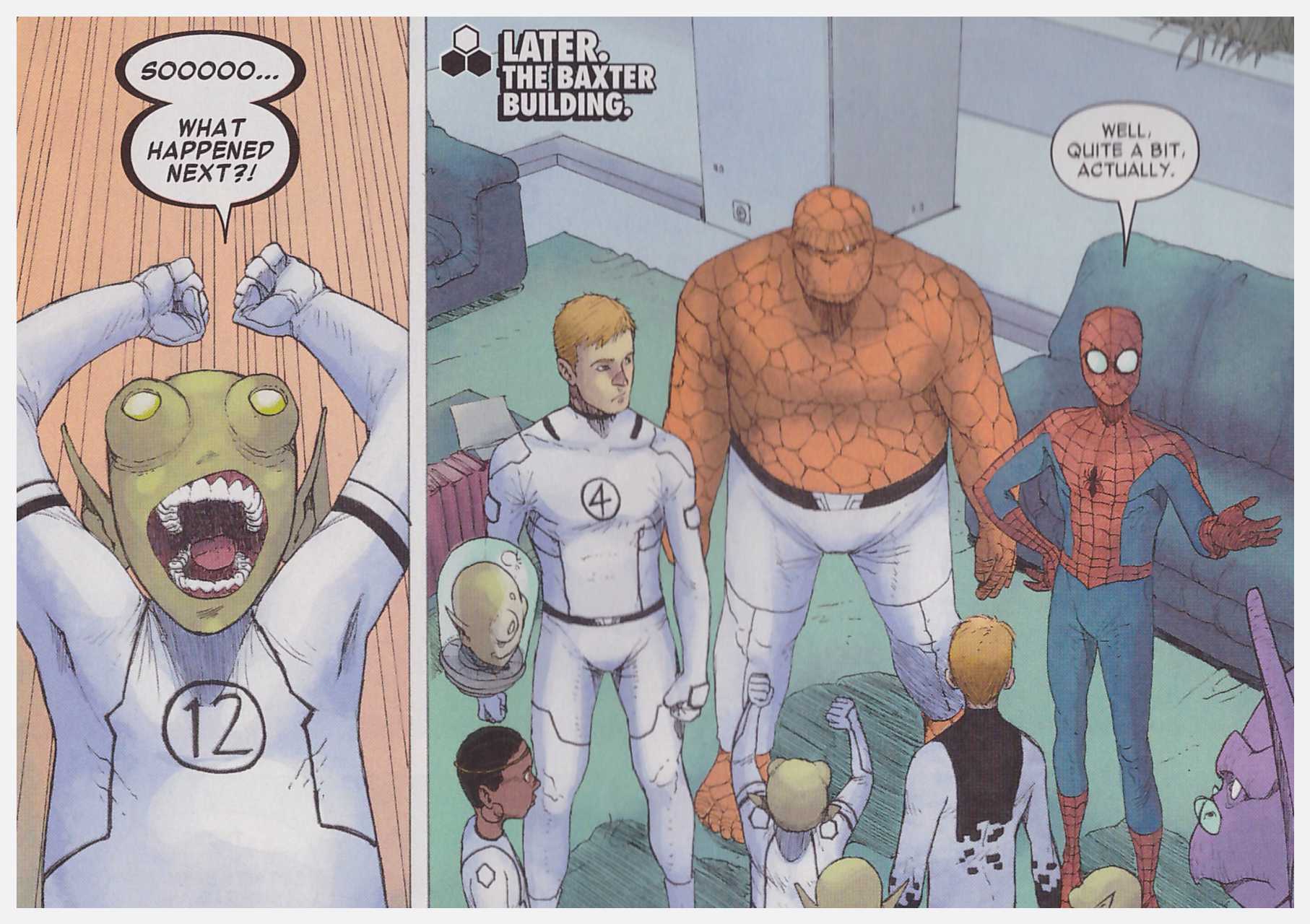 Elements of the previous volume ran parallel to the fifth volume of Jonathan Hickman’s Fantastic Four series, and while the connections aren’t as close between this and the sixth volume there’s still some crossover.

Hickman’s scripts range so far and wide, dealing with so many issues, it’s not often mentioned how funny some of his material is. The dialogue he provides the Moloids, subterranean beings whose intelligence has been artificially boosted, is hilarious. The fractious relationship with infant genius Valeria Richards and her adult counterpart works beautifully. When the Hyena Clan interrupt a vacation in Wakanda their fate is neat and precise. Johnny Storm takes a Future Foundation class. There have been moments of this type throughout Hickman’s run, and they’re always welcome. Oddly though, the one chapter where humour is the priority doesn’t work. Peter Parker and Johnny Storm as room-mates was doomed from the start, but devoting an issue to why stretches the joke too thin.

There are some minor plot threads to be tied up. The Inhumans were one of the final components Hickman’s previous mega-epic, without an awful lot of reason for their presence. Elements of their history were integral, but they contributed very little other than adding to the accumulation of power. Black Bolt postured, Medusa fretted, their transportation door proved a plot convenience, and the remainder were barely seen. Their early appearances here offer little more, but culminate in a resolution diametrically opposed to the uplifting moral underscoring the previous epic.

It seems ill-considered, and overall this is a patchy collection where a several fine moments occur within otherwise ordinary stories, although the delicate art of André Araújo when Valeria and Bentley visit AIM Island is noteworthy in places and bizarre in others. It helps that most issues are illustrated by Nick Dragotta, giving a consistency, and the concluding chapter is the highlight. It’s inspirational without ever becoming twee, as the older Franklin Richards coaches the imagination of his younger counterpart in order that he becomes the man he needs to be to save the universe. A particularly fine moment is Reed and Susan Richards voicing the fear of all parents, and Hickman delivers his own touching farewell script on the final page.

The entirety is also presented within the oversize hardback Fantastic Four by Jonathan Hickman Omnibus volume 2.